Calima Energy has successfully intersected the target Montney formation in the first of three gas wells completed in British Columbia, Canada, reporting that a 230m vertical section of the rock sequence was recovered at a depth of about 1.5km below surface. The company said that elevated gas readings were encountered during the drilling program, with gas escape bubbles noted at the base of the drilling rig during operations. 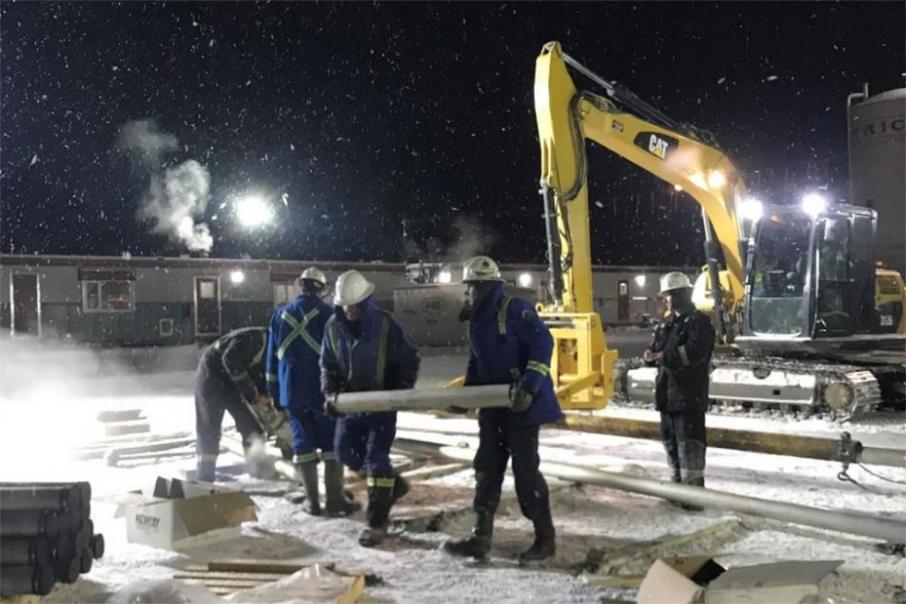 The pulses around the board room table at Perth based junior oil and gas explorer Calima Energy will no doubt be quickening a little this week after the company hit its target gas zone at the revered Montney oil and gas play in Canada.

The Glenn Whiddon chaired company’s maiden drill program in the Montney appears to be making excellent progress with management reporting this week that the first Calima-1 well successfully recovered a 230 metre vertical section through the targeted rock sequence.

The company said the drill core intersection represents about a 90% thickness of the entire Montney Formation at this location and that the interval commenced within 4m of the pre-drilling interpretation of its depth from surface.

Importantly, elevated gas readings have already been encountered during the drilling program, with escaping gas bubbles noted at the base of the drill rig during operations.

This is in line with the company’s expectations and an encouraging sign of potential hydrocarbon saturation of the Montney Formation intersected just over 1.5km vertically from surface.

The drill core from the targeted sequence has now been recovered at surface and has already been transported to the laboratory for processing and analysis.

More data will come to light in the upcoming period, with a detailed analysis of the drill core to commence shortly and the capture of comprehensive wireline logging data from the drill hole’s void to be acquired over the coming days.

The company will then use data from the down-hole wireline logging data to tweak and confirm the final depth of two horizontal wells to be drilled off the parent hole into the prospective Montney Formation.

“We should reach the bottom of the well in the next few days and will then proceed to collect wireline log data. This data will be used to confirm the depth of both of our horizontal wells which will be drilled immediately following the completion of this vertical well.”

According to company management, the drilling operations in Canada remain on schedule and on budget.

The horizontal wells to be drilled, will be fracture stimulated and put on an extended production test over a period of 4-6 weeks.

Any success at this stage will allow Calima to convert at least some of its resources from prospective to the higher confidence contingent level.

The Montney is hot property right now with horizontal wells drilled in the region back in 2017 achieving a peak average daily gas production of just over 5.5 million cubic feet per day.

Success rates have also been high with just 2% of the 5000 wells drilled in the region to date failing, mainly due to mechanical issues.

This is due to the compliant “fracability” of the Montney geological sequence that increases the likelihood of the rock formation creating complex fracture networks when fracture stimulated. This in turn allows any hydrocarbons present to flow in greater quantities.

The Montney is also thicker than most unconventional oil and gas plays, allowing for multi-layer completions from a single parent drill location.