Calima Energy has wrapped up drilling of the second horizontal well at its Canadian Montney oil and gas play and is now preparing to complete both wells for the key production testing in early March. The rate at which the wells will be tested has been optimised to maximise the recovery of condensate and other natural gas liquids whilst providing the best estimate of the condensate yield once they are placed on long term production. 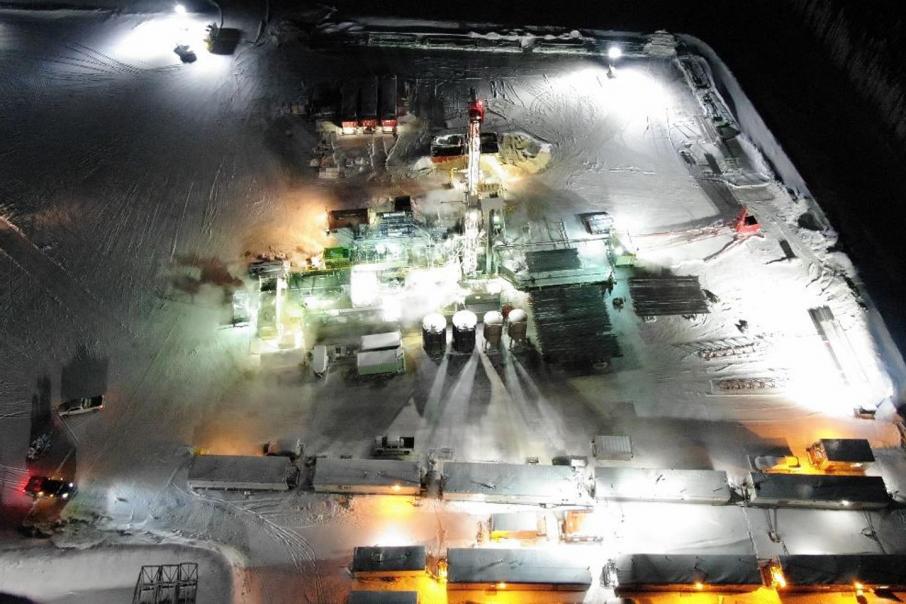 Calima Energy has wrapped up drilling of the second horizontal well at its Canadian Montney oil and gas play and is now preparing to complete both wells for its highly anticipated production testing.

There is much to be excited about given that data recovered to date has confirmed that the stratigraphy is directly comparable to other operators’ producing wells nearby.

Of particular interest is Calima’s immediate neighbour to the south.

Saguaro Resources has been steadily drilling on its acreage with the Calgary-based company now boasting 66 wells after adding another two wells towards the end of December 2018.

Significantly, its average 2018 production has increased 37% year-on-year to about 16,485 barrels of oil equivalent per day.

Calima can also take some encouragement from Saguaro’s liquids production ratio of 50 barrels per million cubic feet of gas with high value condensate making up about 70% of the total liquids volume.

Equipment and materials required for fracture stimulation operations on the Calima-2 and Calima-3 horizontal wells are currently moving onto location and the company expects the production tests to start in early March.

Calima has a permit to produce 105 million cubic feet of gas and associated liquids during the testing operations, which will determine the duration of the testing.

Management added that it has optimised the rate at which the wells will be tested to maximise the recovery of condensate and other natural gas liquids.

This is expected to provide the best estimate of the condensate yield that can be expected once the wells are put on long-term production.

Results from the production test will also be used to update the resources at the company’s Montney acreage, which it says could host gross prospective resources of up to 2.16 trillion cubic feet of gas and 114.42 million barrels of liquids.

Calima Managing Director Alan Stein said: “The drilling team, under the direction of Calima’s Operations Manager Aaron Bauer, has delivered a project that matches the best-in-class drilling performance of other operators in the area.”

“We are excited by the data generated to date which has confirmed our views on the prospectivity of the area and we look forward to reporting the results of production testing over the next few weeks.”

Notably, wireline log data confirms that porosities and hydrocarbon saturations within the Montney Formation in the well are comparable to those in adjacent producing wells such as Saguaro Resources’ C81G well.

Analysis of the Calima-1 log and core data also confirmed the presence of valuable natural gas condensates in the Upper and Middle Montney target intervals, which have been the focus of horizontal wells in the acreage immediately to the south of Calima’s land.

The Montney is hot property with about CAD$7.5 billion expected to be invested by 2022, making it the most active oil and gas play in Canada.

Operators can also take heart from the low 2% failure rate, which has been attributed mostly to mechanical issues.

This is due in part to the excellent “fracability” of the Montney geology, which increases the likelihood that the formation creates complex fracture networks when fracture stimulated. This in turn allows hydrocarbons to flow in greater quantities.

The Montney is also thicker than most unconventional oil and gas plays, allowing for multi-layer completions from one surface location.

Eyes will no doubt be on Calima in the coming months as it prepares to start the pumps and discovers if it can replicate its neighbours success.