As it marches towards production start-up at the rapidly developing $120 million Warrawoona gold mine in WA’s East Pilbara, ASX-listed Calidus Resources has identified a veritable treasure trove of regional gold targets as part of a strategy to accelerate exploration work over the company’s Pilbara tenure in parallel with the project build. 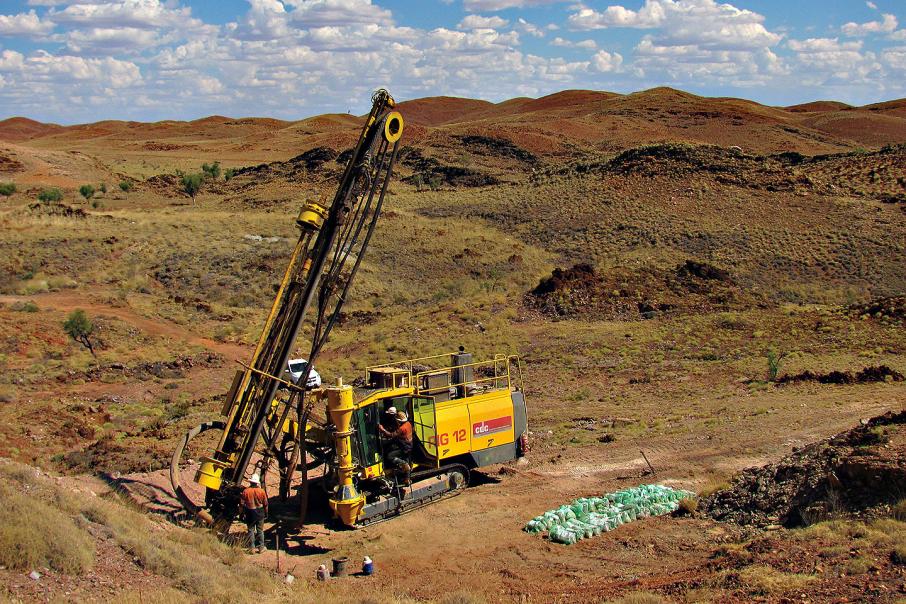 As it marches towards production at the rapidly developing $120 million Warrawoona gold mine in WA’s East Pilbara, Calidus Resources has identified a veritable treasure trove of regional gold targets as part of a strategy to accelerate exploration over its Pilbara tenure in parallel with the project build.

Calidus’ Warrawoona project already boasts a 1.49-million-ounce gold resource from ore going an average 1.06 grams per tonne gold and the recently released definitive feasibility study, or “DFS”  on the planned Warrawoona operation estimates it will spit out a serious annual EBITDA of $110 million year once it gets into production.

Perth-based Calidus recently engaged Southern Geoscience Consultants to carry out a review of aeromagnetic and radiometric surveying that was done across the Warrawoona gold project area this year. That work led to almost 100 conceptual regional exploration targets being identified, with 22 nominated as a “high priority”.

The company is particularly bullish about a potential auriferous trend to the west of its existing Klondyke deposit, which accounts for the bulk of the current Warrawoona resource.

The trend was interpreted from the geophysics and, interestingly, has not been subject to any drilling to-date.

Calidus Resources Managing Director, Dave Reeves said: “This is a highly prospective target which we will now follow up. We are also progressing exploration at Otways (50km from Warrawoona) and the Klondyke deeper drilling below the current resource, with results from both of these expected shortly.”

“This is the first time that detailed geophysics have been flown over the Warrawoona greenstone belt. The results highlight the strong prospectivity of the region and we look forward to getting on the ground to follow up these targets.”

Calidus says field exploration work on the high-priority targets will kick off later this month.

In the meantime, early capital works at Warrawoona are now in full swing ahead of the main construction of the mine, plant and associated infrastructure.

The company also picked up the nearby historic Blue Spec in-ground gold deposit that boasts 219,000 ounces grading a whopping 16 grams per tonne gold.

It paid TSX-V-listed Novo Resources $19.5 million in cash for the deposit that will no doubt bolster the economics at Warrawoona.

Calidus’ recently released DFS on Warrawoona points to an operation producing about 90,000 ounces per annum across the first seven years of mining at an all-in sustaining cost per ounce averaging a respectable A$1,290 an ounce over an initial mine life of 8.3 years.

Blue Spec sits about 70km south-east of Warrawoona and, according to the company, still has exploration upside potential down-dip and along strike.

Calidus says it may be able to increase Warrawoona’s annual gold production from 90,000oz to roughly 130,000oz per annum if the economics of exploiting and trucking the Blue Spec ores stack up.

When the main construction gets underway at Warrawoona in the March 2021 quarter, Calidus intends to undertake an evaluation of the potential integration of the high-grade Blue Spec mine into the Warrawoona mix.

First gold is set to be poured at Warrawoona in the 2021-22 financial year as the ASX-listed company seeks to take advantage of the Pilbara gold rush that is now well and truly upon us.