A robust RC drilling program has seen Calidus Resources continue its rapid transition from explorer to producer as it underpins the open pit resource upgrade for its million-plus ounce Warrawoona gold project in WA’s East Pilbara. RC drilling inside the planned Klondike pit has returned a number of scintillating intersections, including 15 metres at 3.7 grams/tonne gold from 30m and 12m at 3.93g/t gold from 19m. 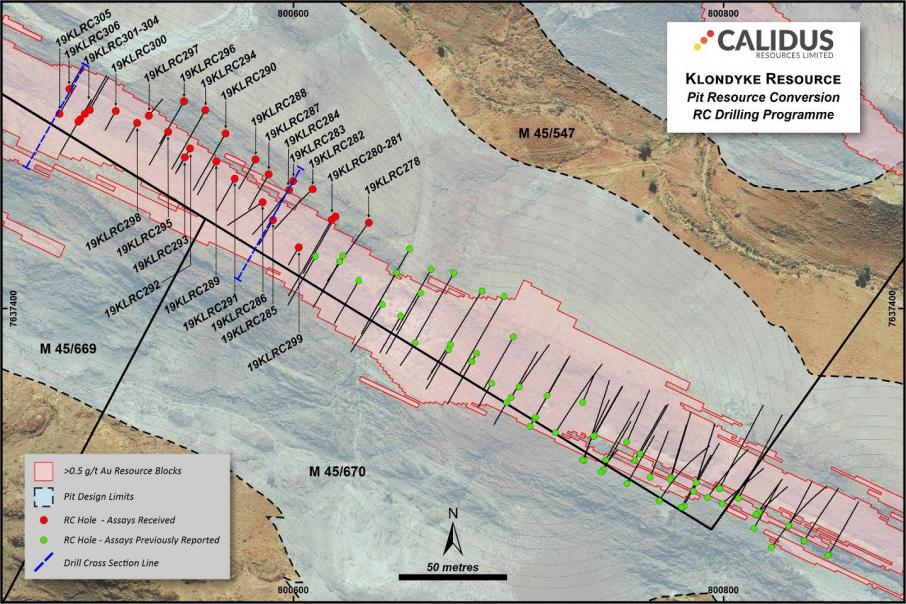 A robust RC drilling program has seen Calidus Resources continue its rapid transition from explorer to producer as it underpins the open pit resource upgrade for its million-plus ounce Warrawoona gold project in WA’s East Pilbara.

These results have confirmed Calidus’ suspicions that there is a continuity of strong grade mineralisation both along strike and downdip of the planned Klondyke pit, which currently has a total mineral resource of 1.24 million ounces going 1.83g/t gold, defined over a continuous 5 kilometres of strike. Importantly it is still open in all directions.

The company’s obsession with the drill rig has seen it triple Warrawoona’s mineral resource within two years of listing on the ASX, allowing it to expeditiously deliver a pre-feasibility study outlining an initial six year operation, producing 100,000 ounces per annum at a life-of-mine all-in sustaining cost of $1,159 per ounce.

According to an investment note from Kerr Allan Financial Research published earlier this year, in estimating its ore reserves Calidus has applied conservative modifying factors to its resource models, including 19-23% dilution for the open cut.

In addition to the completion of the DFS, the company now plans to conduct further drilling aimed at extending the mine life and highlighting the large regional potential of the area.

It is also in the throes of completing a geophysical drill hole density logging program, which is expected to be wrapped up by early December.

Furthermore, Calidus is looking to acquire detailed airborne magnetic, radiometric and digital terrain data across its East Pilbara tenement package before the end of the year.

With the company concentrating on getting the Kloondyke open pit sized up, regional exploration has not been one of its priorities.

This could well change in the not-too-distant future, however, given it now owns or controls over 781 square km of tenements that host more than 200 historic workings, with anticipated priority targets possibly including Marble Bar, Salgash, Liberator and Ada North and South.

No doubt this exploration upside – along with Warrawoona’s robust potential - was taken into consideration by veteran ASX-listed mid-tier gold producer Alkane Resources when it bought a 13% stake in Calidus during October last year, bringing with it not only operational experience, but the ability to assist with near-term equity funding.

“In addition, we have received results of drilling to the east of the Klondyke pit, where we have intersected some high priority areas for follow up infill drilling.”