Calidus Resources has boosted its cash position by $2.16m, following a strategic placement with major backer Alkane Resources that will ensure the company completes its PFS for the Warrawoona gold project near Marble Bar, WA, during the next quarter. The company recently upgraded its mineral resources at the project by 75% to 21.2 million tonnes grading 1.83g/t gold for 1.25 million ounces. 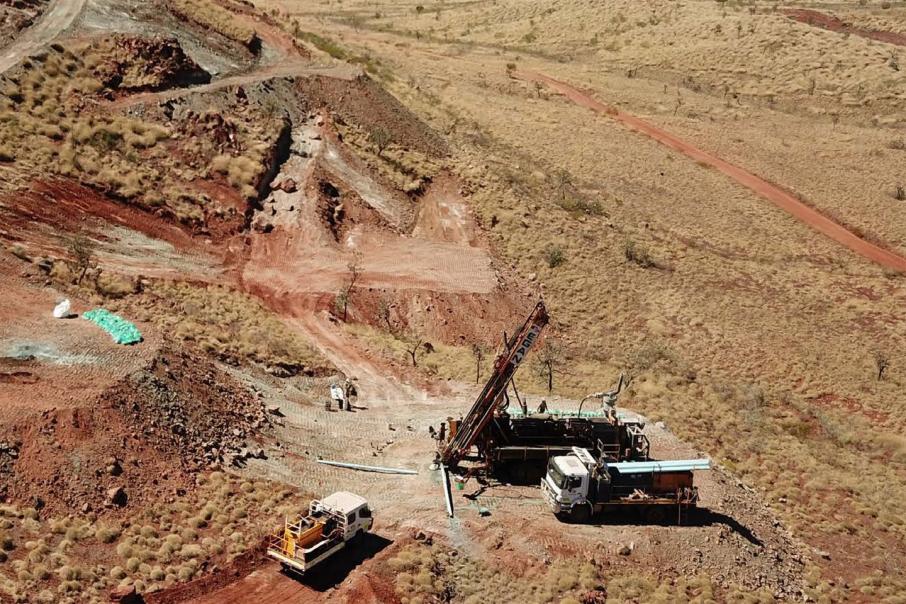 Gold developer Calidus Resources is now fully primed to push on with its PFS for the Warrawoona gold project in the eastern Pilbara region of WA, after saying this week that it will raise $2.16m via a strategic placement at a premium to its current market price.

The company will boost its cash position via the issue of 80 million shares at a price of 2.7 cents a share to Alkane Resources, 13% higher than Calidus’ last closing price of 2.4 cents a share on 29 April 2019.

Alkane is an NSW-based gold producer with a market capitalisation of about $120m.

Following the placement, Calidus will have just over 1.5b shares on issue and Alkane will hold about 15.2% of the company’s issued securities.

The placement follows on from a previous capital raising undertaken with Alkane in October last year, where that company invested nearly $3.7m into Calidus for the issue of 125 million shares at 2.95 cents a share.

According to Calidus management, the proceeds of the capital raising will provide sufficient funding to complete its PFS for the Warrawoona project during the September quarter of this year.

Some monies will also be thrown at the drilling of regional exploration targets and infill and extensional drilling work over the main resource areas, as and when required.

“This drilling is being done in parallel with the PFS to help ensure that we not only grow the gold inventory, but we also achieve our target of showing the market the strong financial returns we believe will be associated with the Warrawoona gold project.”

The company recently upgraded its JORC mineral resource estimate for the Warrawoona project by 75% to 21.2 million tonnes grading 1.83 g/t gold for 1.25 million ounces.

Just under 64% of these new resources sit in the confident indicated category status and importantly the higher-grade component of the resource chimes in at 1.1 million ounces with a very respectable 2.37g/t gold.

The gold resources at Warrawoona remain largely open both at depth and along strike, with significant potential existing for further growth of the gold numbers in Calidus’ extensive tenement holdings.

The core Klondyke deposit constitutes the major gold inventory at Warrawoona, holding 1.15 million ounces, of which just over 19% is allocated to the Klondyke “Underground”, a small but growing higher-grade resource at 3.13g/t gold located below 200m from the natural surface.

This latter material sits beneath the potential open pittable resources at Klondyke but has had limited deep drilling at this point.

The company now controls 781 square kilometres at the project, which covers the underexplored Warrawoona greenstone belt.

Calidus drilled nearly 37,000 metres at the gold project in 2018, including geotechnical, metallurgical and hydrological programs to underpin its PFS.

The company is proposing to commence a DFS for the Warrawoona project immediately after the PFS later this year.

Pending completion of the DFS, project funding and receipt of all environmental and mine permitting, Calidus is proposing to commence construction of the project in the back half of 2020.

This week’s cash top-up is a significant step in the advancement of Warrawoona and a vote of confidence from its strategic backer, Alkane Resources.

The company is now well on its way to becoming the next significant gold producer in the emerging eastern Pilbara region of WA.