Calidus Resources has purchased two prospective exploration licences located adjacent to its flagship Warrawoona gold project near Marble Bar, WA, in a strategy to build on its existing resource base of 1.25 million ounces. The company also completed its 70% earn-in on a joint venture agreement with Novo Resources over certain Warrawoona tenements, by spending $2m spend over three years to obtain the stake holding. 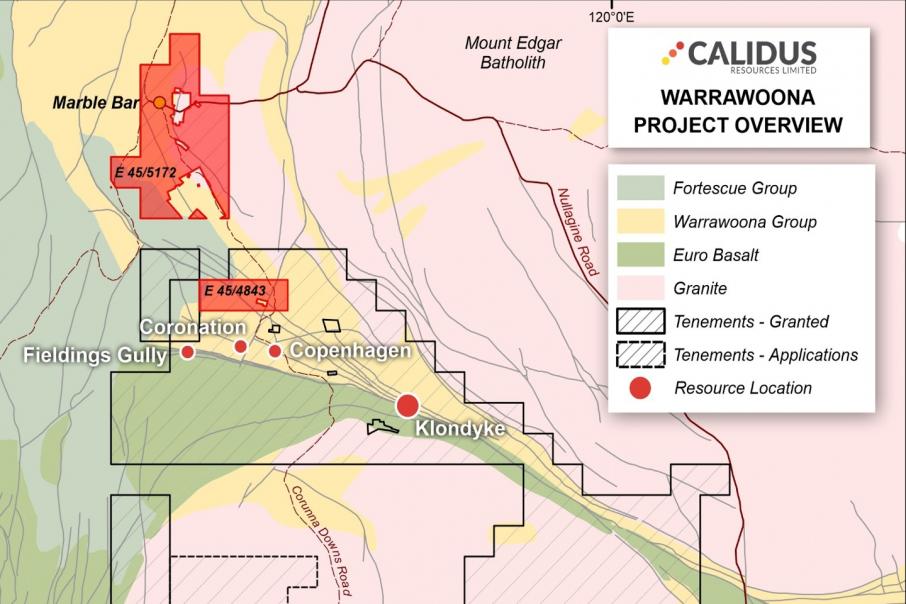 Gold developer, Calidus Resources, has acquired more prospective land holdings, located only 25km from the flagship Warrawoona project in a strategy to build upon its existing resource base of 1.25 million ounces.

The company purchased two exploration licences close to the historic gold mining town of Marble Bar in the eastern Pilbara region of WA.

The first tenement completely surrounds the town and despite the district having produced gold at more than an ounce to the tonne since its discovery in the late 1890s, the newly acquired ground only contains 13 drill holes, outlining the lack of targeted exploration.

And with 26 historical workings throughout the tenement, Calidus already has a head start in delineating more high-grade gold.

The company also acquired the remaining 50% of a tenement covering the Salgash mining area near Warrawoona, that it did not already control.

Calidus purchased the 100% stake in both tenements by paying Epminex $55,000 and issuing 5 million ordinary shares, which allows the company to preserve cash during the critical pre-feasibility study period, whose results are due by month’s end.

In addition, the company has now completed its 70% earn-in on a joint venture agreement with Novo Resources over certain Warrawoona tenements, where it has now completed the required $2m spend over three years to obtain the stake holding.

According to Calidus, it has now entered into discussions with Novo on whether the Canadian-listed conglomerate gold developer now wishes to co-fund further expenditure on the tenements going forward or dilute its holding at Warrawoona.

Under the existing agreement, Novo can dilute to a 10% holding, but beyond that, its holding will be reduced to zero and replaced with a 1% net smelter royalty over the affected tenements.

Regarding the recent acquisitions and JV earn-in near Warrawoona, Calidus Managing Director Dave Reeves said: “With the completion of these tenement purchases and the Novo earn-in, Calidus now controls the two major goldfields surrounding Marble Bar. The Marble Bar goldfield produced +1 ounce/t ore during its life and currently has one underground operation in production on an excised mining lease where orebody grades of +1 ounce/t have been observed.”

“… the Marble Bar goldfield (stretches) across a distance of 10km and with no drilling having been conducted since 1983, Calidus looks forward to applying modern exploration techniques to this exciting target area.”