ASX-listed aspiring gold producer, Calidus Resources, remains on track for the main construction phase of its new $120 million Warrawoona mine development in WA’s East Pilbara to kick off in the first quarter next year with steady progress being made in the project’s early capital works program. The company says it has also ordered long lead items including a SAG mill. 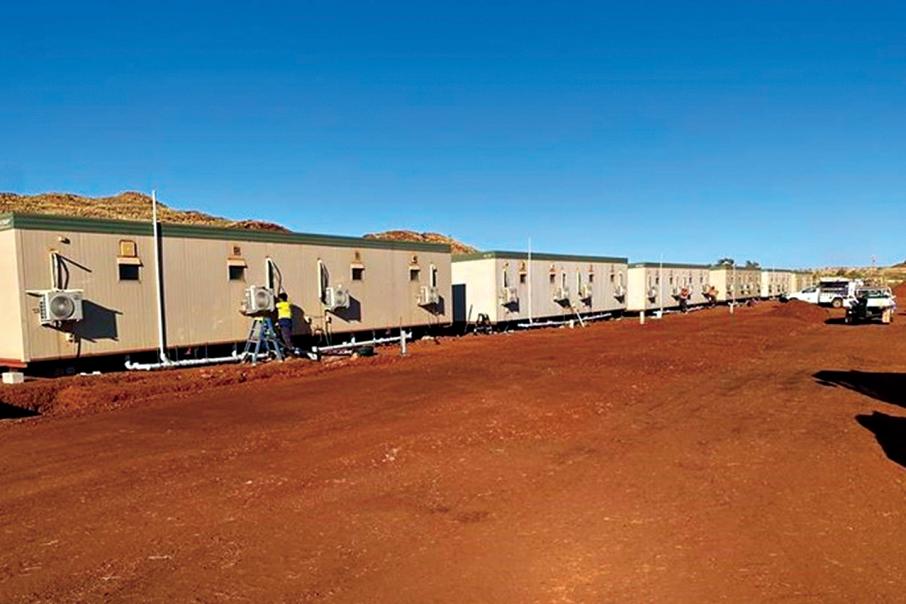 ASX-listed aspiring gold producer, Calidus Resources, is progressing as planned at its new Warrawoona mine with the main construction phase of the $120 million development looking on track to kick off in the first quarter next year.

Development of the gold project, about 20km south-east of Marble Bar in WA’s East Pilbara, appears to have been a smooth process for the company so far.

Perth-based Calidus says early capital works at Warrawoona have been advancing steadily and a number of long lead items, including the semi-autogenous grinding or “SAG” mill, have been ordered.

The early works program includes building a mine site access road and a 240-room accommodation village, establishing a communications network, and putting in water bores that will be utilised for construction, dewatering and production.

The company says it has also placed orders for the long lead items in preparation for the main construction of the big-ticket items at the project development that has a CAPEX of $120 million, of which $78 million is for the whole gold processing plant.

Calidus Resources Managing Director, Dave Reeves said: “Ordering the mill is a significant milestone for Calidus because it sets our construction schedule and with final project permitting and debt finance anticipated to be completed by early next year, we remain on track for commencement of main construction activities in the March quarter of 2021.”

“Our operations team is in place and supervising the current early works scope on site. A Marble Bar-based contractor, Hawkezone Contracting, has completed the 7km access road and the site village installation is underway. All water bores have now been completed which will provide water for both construction and production activities.”

Calidus recently released the definitive feasibility study, or “DFS” on Warrawoona that predicts average annual gold production of about 90,000 ounces in the first seven years of mining and processing operations at an average all-in sustaining cost of production of $1,290 per ounce.

Plant throughput rates have been estimated at 2.4 million tonnes per annum for the oxide and transition ore and 2Mtpa for the fresh rock ore across the projected initial mine life of 8.3 years.

Open-pit reserves for the Klondyke deposit currently stand at 12.1Mt at 1.0 g/t gold for 401,000 ounces of contained gold.

Assuming a gold price of $2,500 an ounce, Warrawoona’s free cash flows after tax have been forecast in the DFS at $447 million or $53.85 million a year and average EBITDA at an impressive $110 million per annum over an initial mine life of 8.3 years.