Calidus Resources continues to gain momentum in its run up to gold production in the Pilbara, securing ownership of a further 219,000-ounces of high-grade gold resources from the Blue Spec mine north of Nullagine in WA just 70km south east of the company’s developing Warrawoona gold project. Blue Spec’s in-ground resource comes at a stunning grade of 16.3 g/t gold. 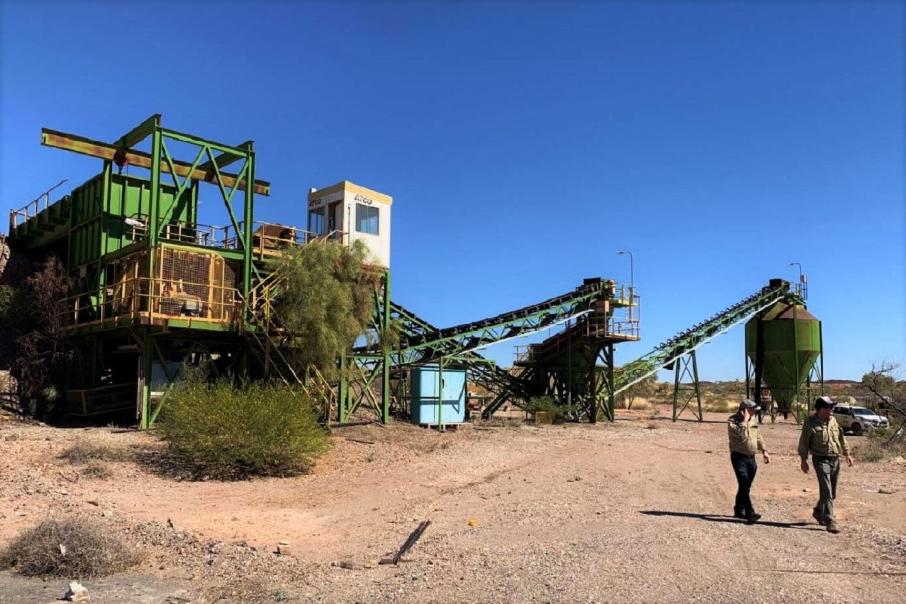 Calidus Resources continues to gain momentum in the run up to gold production in the Pilbara, securing ownership of a further 219,000-ounces of high-grade gold resources from the Blue Spec mine north of Nullagine in WA, just 70km south east of the company’s developing Warrawoona gold project.

The deal looks to be a win-win for both Calidus and vendor, TSX-V listed Novo Resources. Calidus will acquire Blue Spec’s 415,000 tonnes of ore, at a stunning grade of 16.35 g/t gold, in return for delivering a welcome $19.5 million in cash to Novo who has just done a $130m deal of its own to pick up the Millennium Minerals’ mothballed mill in the Pilbara to treat its own resources.

Blue Spec’s production history dates back to the early 20th century, with the mine having generated more than 60,000 ounces of gold at a spectacular grade of 25 g/t gold.

Calidus views the global Blue Spec resource and its associated infrastructure, as an outstanding addition to its own Warrawoona gold operations about 70km away.

“The synergistic acquisition of Blue Spec will allow Calidus to look at increasing production using the planned Warrawoona infrastructure. By leveraging our planned sulphide plant and underground mining base at Warrawoona, we intend to undertake study work aiming to significantly reduce costs associated with mining and processing this very high grade deposit, which has the potential to add significant production ounces to Calidus in future years.

“Blue Spec is one of the highest-grade gold deposits in Australia and we look forward to reporting on study work and exploration in parallel with the progress being made in construction at Warrawoona”.

The Blue Spec deposit was discovered in 1906 with early mining exploiting the steeply dipping, quartz vein hosted gold mineralisation down to around 180m below surface. Anglo American later acquired the mine in 1974, developing both shaft and decline access into the ore body. Anglo mined the Blue Spec down to a depth of 320m which regularly returned stoping grades at more than an ounce per tonne gold until the mine’s closure in 1979.

Just a kilometre to the west of Blue Spec, Calidus’ new project area also hosts the Gold Spec mine. This smaller operation consists of two high-grade, sub-vertical ore shoots which were developed by Invincible Mining in the mid-1980s. Underground operations extended to only around 120m below surface and yielded a bounty of rich gold ore producing about 20,000 ounces at an average grade of 12 g/t gold.

The Blue and Gold Spec mines were later acquired by Northwest Resources, who continued to explore the deposits and examine potential development options up until their sale to Novo in 2016. Novo has subsequently undertaken a limited exploration program over the ore system with its focus moving onto the development of its dazzling conglomerate gold discoveries throughout the Pilbara region.

Together, the Blue and Gold Spec mines host insitu JORC 2012 resources of more than 219,000 ounces of gold. Calidus believes that both these ore systems remain open along strike and at depth, with the potential for rapid expansion through extensional drilling.

Drill hits outside the Blue Spec resource include 18m @ 4.21 g/t gold and 11m at 7.53 g/t gold, which have yet to be followed up with infill drilling. Hits at Gold Spec include 4m at a spectacular 35.9 g/t gold and 12m @ 5.21 g/t gold making for a fertile environment for ongoing exploration and development.

Metallurgical test work on the Blue Spec ores shows excellent recoveries of the gold into concentrates and solid upfront recoveries from the gravity circuit, due to the high-grade nature of the gold mineralisation.

“Extensive work has already been completed at Blue Spec, including mining, metallurgical and environmental studies which will allow a rapid progression of the deposit into our Warrawoona mine plan. With early construction works now underway at Warrawoona and main project construction commencement on track for early next year, we will advance Blue Spec as rapidly as possible.

Interestingly, the Blue Spec acquisition also includes a shuttered, MinProc-built 100,000 tonne per annum sulphide processing plant. This plant has seen little action since its construction in the mid-1980s but matches Calidus’ specifications for the proposed bolt on sulphide plant at Warrawoona, potentially delivering a substantial cost saving to the company in the event  that components of the plant can be refurbished and pressed back into service.

The sale of the Blue Spec project to Calidus leaves fellow Pilbara gold-developer, Novo Resources with a bag of cash to concentrate on bringing its near-surface, Beatons Creek conglomerate gold resources into production. The welcome cash windfall will no doubt be put to good use as the company takes the covers off its newly acquired Golden Eagle mill south of Nullagine.

Calidus now has its ears pinned back as it charges towards production.

It is developing a robust mining schedule, targeted at delivering a profitable and multi-faceted processing hub at Warrawoona. The addition of the Blue Spec project delivers high-grade feed to the company and with potential to refurbish components of the onsite sulphide plant and enhance the economics of Calidus’ developing operations in the Pilbara, Blue Spec may well prove to be a master move for Calidus.