Calidus Resources has identified a swag of exciting gold targets at its Warrawoona Project after completing an exhaustive regional target generation study at the rapidly expanding Pilbara project. The Company has identified 45 high priority exploration targets that will be fully evaluated and ranked in the coming months. Calidus will complete reconnaissance exploration ahead of drilling programs scheduled to commence during Q2 2018. 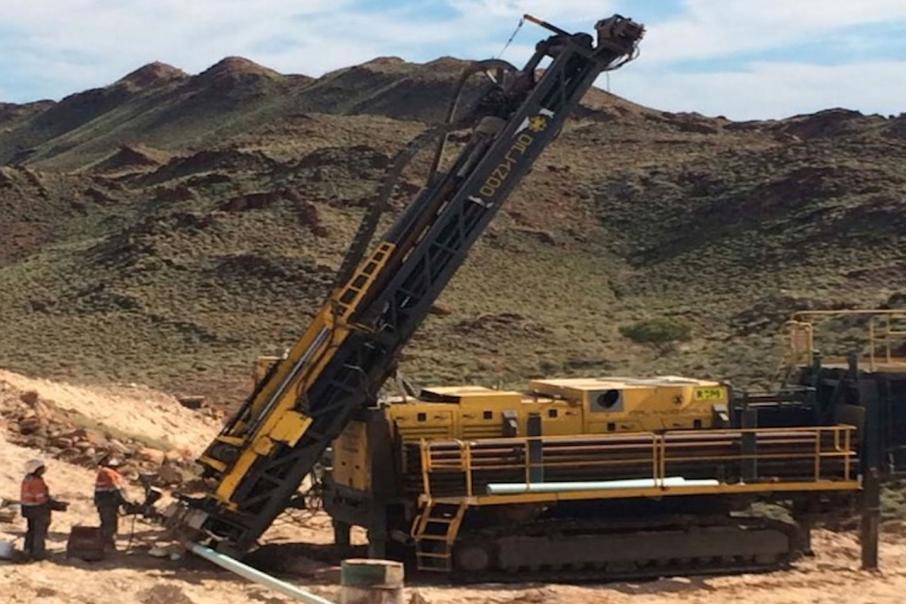 Calidus Resources has identified a swag of exciting gold targets at its Warrawoona Gold Project after completing an exhaustive regional target generation study at the rapidly expanding eastern Pilbara project.

The company has identified a total of 45 high priority exploration targets that will be fully evaluated and ranked in coming months.

The Warrawoona Project tenements have seen only limited, or in many cases, almost no regional exploration activity in the last 30 years.

This work will pave the way for RAB and RC drilling programs proposed for the second and third quarter of 2018. Walk up targets already exist, courtesy of a number of historical drill holes, results from which included a 40 m intersection grading 0.44 grams per tonne gold from surface to end of hole,

Calidus discovered the drill hole data in a surrender report dating back to 1998.

Having tasted rapid fire success by churning out a 700,000 ounce resource going over 2 grams a tonne in just 9 months since listing on the ASX, Calidus doesn’t look like taking a breather anytime soon as they march towards the magical million ounce milestone.

The company is now looking to aggressively grow its resource position that is currently based on the accumulated estimates from the Klondyke, Copenhagen and Fieldings Gully deposits.

Calidus Resources Managing Director Dave Reeves commented: “Whilst the main focus has been on the extensive Klondyke Shear zone over the last six months and increasing the overall resource by 74% to it’s current 712,000ozs, we have not forgotten about the significant exploration potential within our portfolio.”

Calidus’ stated goal for Warrawoona is to eek out a combined mineral resource and ore reserve inventory capable of delivering a minimum of 100,000 ounces of gold a year for a minimum of 5 years.

The Warrawoona Project is situated within the eastern Pilbara domain of the Archaean-age Pilbara Craton, an ancient terrain dominated by granite and greenstone sequences. The latter sequences contain the Warrawoona Group stratigraphy, over which Calidus has procured 363 km2 of tenure under its direct control, via application or other option agreements.

Interestingly, there are over 200 mostly small scale, high grade, historical gold mines located on Calidus’ leases. Most have never been mined or explored in the modern era due to fragmented ownership in the past.

Coupled with this lack of modern exploration and deeper drilling, there is still some significant blue sky upside for Calidus at Warrawoona .

The plethora of new targets recently identified include extensional and down dip positions adjacent to the historic high grade Trump, Cutty Sark and Salgash gold workings, where only minor previous exploration has been completed.

Calidus are taking a truly regional approach to their investigation of the Warrawoona Project and the company is now beginning to recognise the strong structural controls on the emplacement of gold mineralisation in its tenure.

Calidus has therefore been able to build up an exceptional exploration data set from which to launch a quest for the gold mineralisation they seek in what could be Australia’s next significant gold region.

Calidus has also applied for exploration tenure over the Marble Bar Goldfield that is just northwest of the Warrawoona Project. This district has historically produced modest tonnages at very high grades and there are 35 old workings recorded on the applications, all less than 30 m depth.

Even though it is a particularly large jigsaw, the pieces are now beginning to fall into place for Calidus who don’t tend to miss mineralisation very often when the rods start turning.

This is starting to look interesting.