Emerging ASX-listed gold player Calidus Resources is set to kick off an initial round of regional drilling at its recently acquired Otways gold-copper project in the Pilbara, in tandem with continued drilling to beef up a maiden ore reserve estimate at its developing Warrawoona gold asset, about 50km away also in the Pilbara. 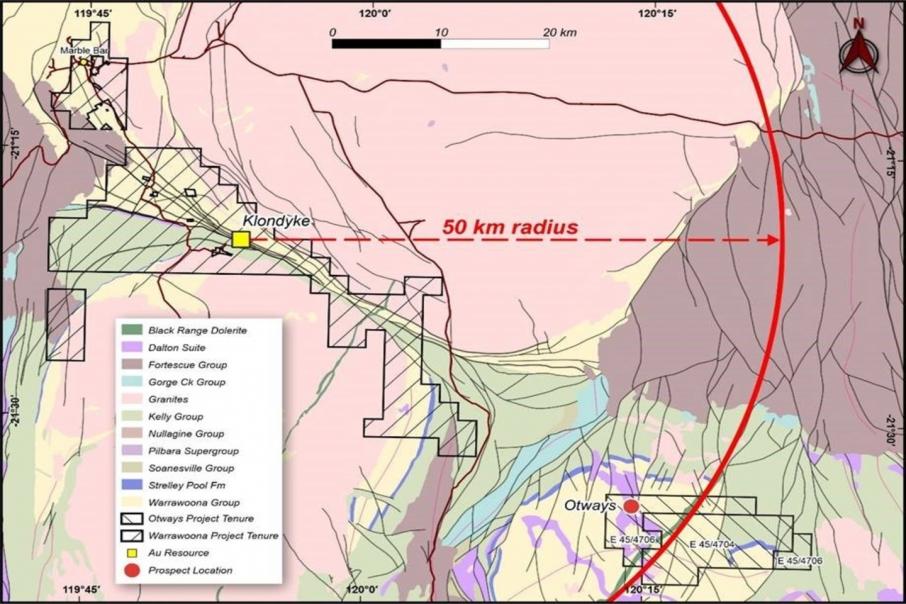 Emerging ASX-listed gold player Calidus Resources is set to kick off an initial round of regional drilling at its recently acquired Otways gold-copper project in the Pilbara in tandem with continued drilling to beef up a maiden ore reserve estimate for its developing Warrawoona gold asset, also in the Pilbara.

The Perth-based company, which recently entered into a Heads of Agreement to earn up to a 70 per cent interest in Otways about 50km from  the main Klondyke deposit at its flagship Warrawoona project, plans to drill five RC holes and one diamond hole at the Otways prospect, where it says interesting copper intercepts were obtained in historic percussion holes from surface.

Calidus added the percussion holes have never been assayed for gold but are along strike from historic nearby trench samples that returned assays of up to 13 grams per tonne gold. As part of the Otways program, it will also drill six RC holes at the Malachite Flats prospect 1.5km away targeting anomalous and high-grade gold rock-chip samples that assayed up to 15.8g/t gold.

The company intends using the same drilling rig used at Otways to drill geotechnical and metallurgical holes aiming for maiden ore reserve estimates for the Coronation and Fieldings Gully satellite deposits at the planned $116 million Warrawoona mine development.

Calidus Managing Director, Dave Reeves said: “With the robust economics recently highlighted in the updated pre-feasibility study, we are rapidly heading towards development of the 1.5-million-ounce Warrawoona gold project. With this in mind, we are targeting the addition of further reserves at the nearby satellite deposits of Fieldings Gully and Coronation.”

“We are also very excited to be commencing drilling at the Otways prospect, where historic drilling and rock chips have identified both gold and copper anomalies that demand further testing.”

Most of the Warrawoona resource is hosted in the Klondyke deposit. According to the company, the latest drilling campaign is part of its two-pronged strategy of growing mine life and undertaking regional exploration, highlighting the numerous and “enticing” gold and copper targets at Otways.

Calidus’ market capitalisation has burst through $130 million and the company’s updated PFS released late last month suggests an after-tax net present value on the Warrawoona project of $303 million based on a gold price of $2,500 an ounce.