Drilling at Calidus Resources flagship Warrawoona gold project near Marble Bar in the east Pilbara has returned absolute surface gold hits including 8m @ 3.9g/t gold from 0m at the St George Shear prospect. St George has similar geology and gold mineralisation to the highest‐grade lodes across the Klondyke Main Shear and the company is carrying out infill drilling now. 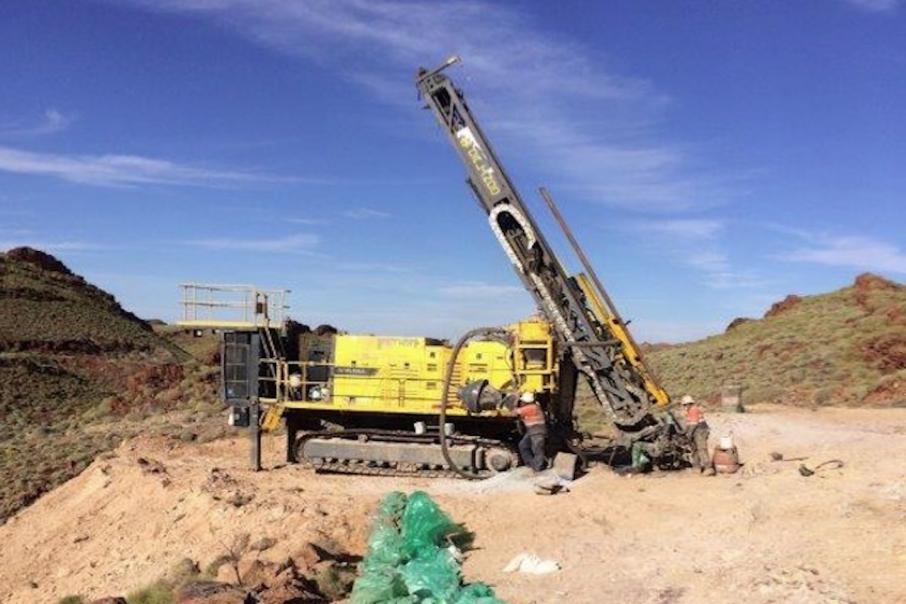 ASX listed Calidus Resources appears to be well on its way towards increasing the gold resources at its flagship Warrawoona project in Western Australia’s east Pilbara region after intersecting surface gold.

Calidus said the St George shear has a style of geology and gold mineralisation similar to the highest‐grade lodes across the Klondyke main shear and it currently extends over 1000m of strike whilst remaining open at depth.

In addition, further opportunities may be exist near a previous hole that intersected 6m @ 9.39g/t gold from 90m down-hole about 90m west of the most westerly hole drilled in the current drilling campaign.

Infill drilling at the St George shear is now underway with the aim of maximising near surface gold resources for an expected upgrade in resources in the December quarter this year.

This upgrade will in turn underwrite the pre-feasibility study that will start in the first quarter of 2018.

Calidus is also carrying out a resource drilling campaign across the Klondyke main deposit, Klondyke east, Coronation and Copenhagen prospects.

The Warrawoona structure is one of the largest greenstone-hosted goldfields in the east Pilbara region though limited regional exploration and fragmented ground ownership over the last 30 years have hindered a thorough evaluation of the area by just one entity with project levels of ground holdings.

Calidus Managing Director Dave Reeves said: “This initial set of results from our first line of broad‐spaced holes across the St George shear validates the geological targeting model and further boosts our confidence in the potential of the regional shear structures to deliver results.”

“We have just commenced RC resource upgrade drilling at the Copenhagen deposit as well as a diamond drill programme testing an 800m long continuous high‐grade structure lying at the base of the current Klondyke pit design.”

Initial drilling earlier this year outlined the continuation of the main Klondyke mineralised shear zone up to 2km further east from the current resource boundary.

Work is currently underway to select the most prospective portions of the Klondyke East extension for further infill drilling to resource status.

Earlier this month, Calidus’ soil sampling identified 10 new anomalies within a 15km radius of the main Klondyke deposit that provide the company with multiple walk-up drill targets that have the potential to add considerable scale to the existing project.

Calidus is also reviewing project‐wide soil geochemistry results for drillhole planning and it is creating a detailed 3D geological model for Klondyke and Copenhagen.