Calidus Resources has announced exceptional metallurgical test work results from its Klondyke project, at its emerging Warrawoona gold play in the Pilbara. Test work indicates that 63% of the gold is recoverable by gravity methods alone and more than 96% can be recovered by conventional cyanide leaching at coarse grinds. The ores are amenable to a conventional processing and are not refractory. 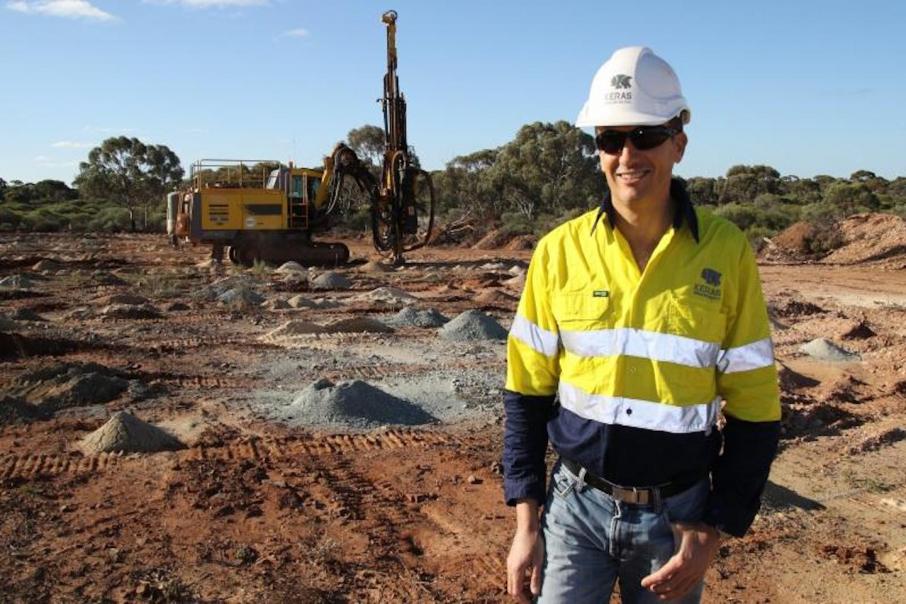 Out of office : Calidus Resources M.D Dave Reeves in the field

Calidus Resources has announced exceptional gold recoveries from metallurgical test work at the Klondyke deposit, at its emerging Warrawoona project in the Pilbara region of W.A.

Testing showed that 63% of the total gold was recoverable simply by using gravity alone.

Results support the inclusion of a gravity circuit into the processing plant flowsheet and give rise to the expectation that the project will yield between 40% and 60% of the total gold content in a full-size plant via the gravity circuit alone.

Intensive cyanidation of the gravity concentrates led to very high recoveries during the test work, due to the fine size of the gold mineralisation at Klondyke.

Calidus’ Managing Director, Dave Reeves commented: “These metallurgical results position Calidus very favourably as we progress towards the commencement of the pre-feasibility study to evaluate the development options for the Klondyke Project.”

The excellent gold recoveries were returned from a 74kg oxide and fresh ore composite, with samples being sourced over a 1.2km length of the defined 2km strike at Klondyke.

Grinding test results indicate that the ore is of moderate hardness and amenable to a more cost effective conventional crushing and ball milling circuit, which is not uncommon for some gold ores processed in the Pilbara.

Cyanide leach testing showed a stunning average of 96.7% gold recovery for oxide and fresh ore composites after being treated for 24 hours at a relatively coarse grind compared to finer grinding typically used in the gold mining industry.

This implies a significant saving in energy costs for processing at Calidus’ Warrawoona Project, given the ore is not refractory.

The Klondyke deposit contains a JORC-compliant resource of 9.9 million tonnes grading 2.06g/t gold for 654,000 ounces and the mineralisation is open both along strike and down-dip.

Calidus has only intensely explored 2.6km of the 12.5km strike of the prospective Klondyke shear, on which the main deposit is located, so there is still significant upside to this ore system.

The current global mineral resource for Calidus’ Pilbara tenements is 712,000 ounces grading 2.12g/t gold and the company is seeking to crack the 1 million ounce mark as quickly as it can with the immediate goal being to get a 100,000 ounce a year mine into production.

The company is well-funded ahead of 50,000 metres of drilling planned for this year and has presented a timeline indicating a major upgrade of mineral resources due in the fourth quarter of 2018.

The pre-feasibility study for the Warrawoona will then commence shortly thereafter.

The company is not sitting on its hands and has already initiated a broad-ranging set of environmental studies designed to support and potentially improve the timing of the pre-feasibility study.

Having recently announced 45 high priority gold targets at Warrawoona and the acquisition of another 100 square kilometres in the area, Calidus has certainly signalled its strategy in the Pilbara to become the next significant gold producer in Australia.

This week’s announcement of excellent metallurgical results from the Klondyke deposit is an important development for Calidus and a major step forward in moving the company from an exploration phase to future gold producer.