Recently listed Calidus Resources will jump into an additional 5,000 metres of drilling immediately east of its main Klondyke target at the Warrawoona Gold project after another strong batch of intercepts. Significant new gold intercepts included 24 metres at 2.52 g/t and 7 metres at 5.29 g/t, continuing an exceptional run of discovery success for the newly listed Calidus. 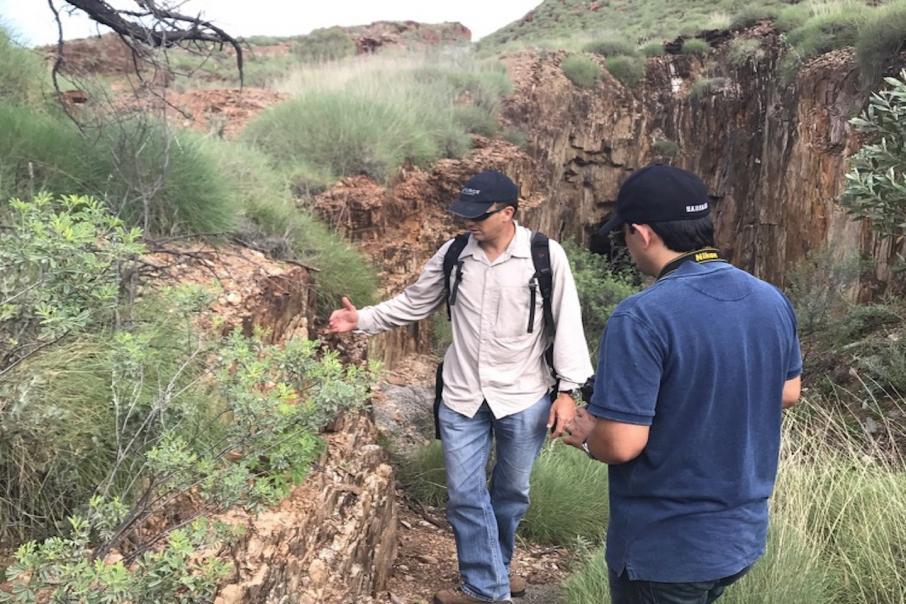 Pilbara gold explorer Calidus Resources have expanded their current drilling program for a second time after another round of exceptional gold hits at their Warrawoona Gold project in W.A.

The most recent batch of assay results from 29 holes for 4,746 metres continued the run of discovery success for the recently listed explorer.

All RC and diamond holes drilled to date over the Klondyke resource area have intersected gold mineralisation within extensive intervals of hydrothermal alteration. Significant new gold intercepts included 24 metres at 2.52 grams/tonne from 82 metres, 7 metres at 5.29 g/t from 30 metres and 18 metres at 2.00 g/t from just 29 meters down hole.

Calidus originally planned to drill a total of 10,000 metres, focused on the Gap Zone on the Klondyke Shear, which sits between two already defined inferred resources of 410,000 ounces of gold.

With every hole hitting ore-grade intercepts and establishing 2.6kms of continuous gold mineralisation, the program was extended to 15,000 metres.

Calidus have now completed 15,611 metres of drilling at the central Klondyke target and the high-grade satellite targets of Copenhagen, Coronation and Fieldings Gully. Assay results are still pending on about 3,500 metres.

The continued run of excellent results has encouraged Calidus to immediately begin drilling a further 5,000 metres to test tenements at Klondyke East in a new joint venture with Canada’s Novo Resources Corp.

The company is well funded for a major expansion of drilling activity after a heavily oversubscribed placement last month raised $10m and brought Novo onto the share register.

Novo set the gold industry alight recently with early results from its search for a Witwatersrand-style, conglomerate-hosted gold in the Pilbara. Calidus is targeting gold at lower levels in the Warrawoona greenstone belt, which is now entirely under its control thanks to the Novo JV.

Calidus Managing Director, Dave Reeves, said: “With the completion of the recent JV deal with Novo Resources and the heavily over-subscribed placement, I am pleased to report that we will begin reconnaissance drilling on the recently joint ventured Novo ground immediately east of the existing resource."

“This area has seen limited drilling that confirms the mineralised Klondyke shear structure persists for at least another 5km and provides an exceptional target for potential rapid along-strike expansion of the current resource.”

With more assay results due to come in shortly, including initial results from the high-grade Copenhagen, Coronation and Fieldings Gully targets, there will be much more for investors to contemplate with this rapidly developing story.