Calidus Resources is enjoying success with its resource drill out program at the Warrawoona gold project in the Pilbara. Assay results from the high grade Copenhagen prospect have extended the mineralisation down plunge, returning results of up to 10m @ 5.38g/t gold from 63m. Drilling at Klondyke East has defined gold mineralisation over 600m of strike, returning 12m @ 2.15g/t gold and 8m @ 1.92g/t from surface. 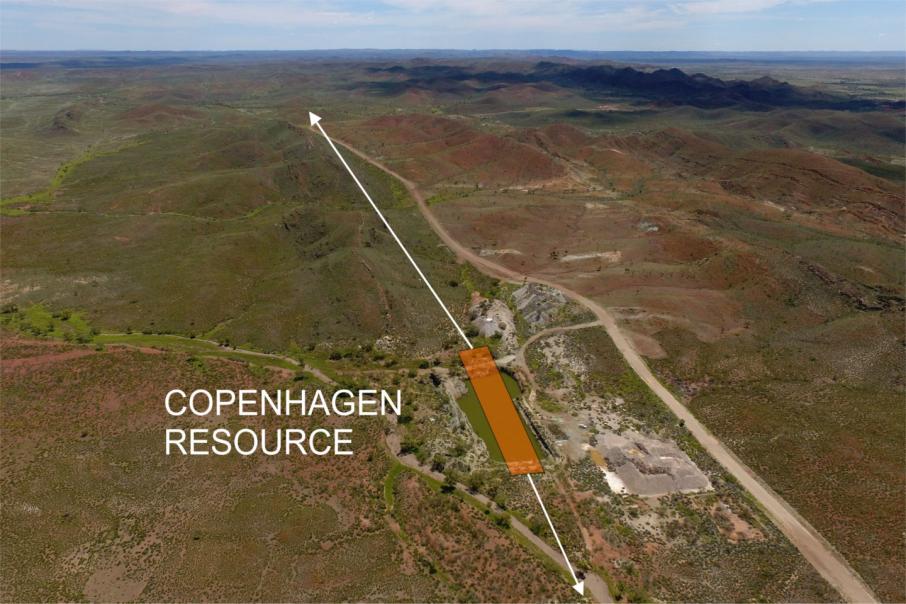 Gold hopeful Calidus Resources has continued to extend its mineralised footprint at the flagship Warrawoona project, located 25km south of Marble Bar in the east Pilbara region of W.A.

The company says the new results for the high-grade Copenhagen prospect highlight the strong economic potential of the ore system, which is still open at depth and boasts a current JORC-compliant resource of 36,000 ounces grading 6.1g/t gold.

An accelerated drilling program is set to commence at Copenhagen in early August to continue proving up additional ounces at this deposit.

10km southeast of Copenhagen, Calidus has continued its extensional RC drilling campaign at the Klondyke East prospect and it has now defined mineralisation over 600m of strike outside the existing Klondyke resource of 654,000 ounces.

The company is undertaking the large infill and extensional resource definition programs across the Warrawoona gold project to enhance a PFS study scheduled for 2019.

Calidus Managing Director Dave Reeves said: “The resource definition drilling programme at Copenhagen has significantly improved our understanding of the high-grade plunge orientation of this orebody. This information will support our targeting for depth extensions with the second phase of drilling to commence at Copenhagen during the current quarter.”

“We are also pleased with the confirmation of mineralisation commencing from surface further east of our Klondyke Resource and will continue to evaluate the potential for further extensions with our systematic programme. The Company is also testing the St George Shear Zone via initial scout drilling which has received no modern exploration.”

“In parallel, further geological work has defined a continuous working of over 1km on surface that targeted a chert/quartz vein that, on closer inspection shows excellent continuity at depth and represents a high priority target for additional high-grade resources.”

Additionally, Calidus is completing a maiden drilling program to test the St George shear, which is located about 150m north and subparallel to the main Klondyke shear zone, which hosts the bulk of the mineral resources currently defined at Warrawoona.

The company is also completing a targeted drill program of the interpreted high-grade shoot positions and depth extensions below almost 1km of strike that delineates the current Klondyke mineral resource.

Numerous intercepts above 5g/t have been located at depth and the new work will target potential grade blowouts in those areas.

Wide-spaced drilling undertaken earlier in 2018 showed that the Klondyke shear zone is mineralised up to 2km east of the current mineral resource footprint.

The company has plenty going on at Warrawoona with a project-wide soil geochemical survey program being reviewed currently, the results of which will be announced early next month.