Calidus Resources has generated shallow, high-grade gold intercepts outside the existing resources in drilling completed at its emerging Warrawoona project, near Marble Bar, WA. The results are adjacent to the flagship Klondyke deposit and included 12 metres grading 2.68 grams per tonne gold from only 32m down-hole and 4m @ 4.3g/t gold from 44m, in areas that were previously anticipated to be barren of mineralisation. 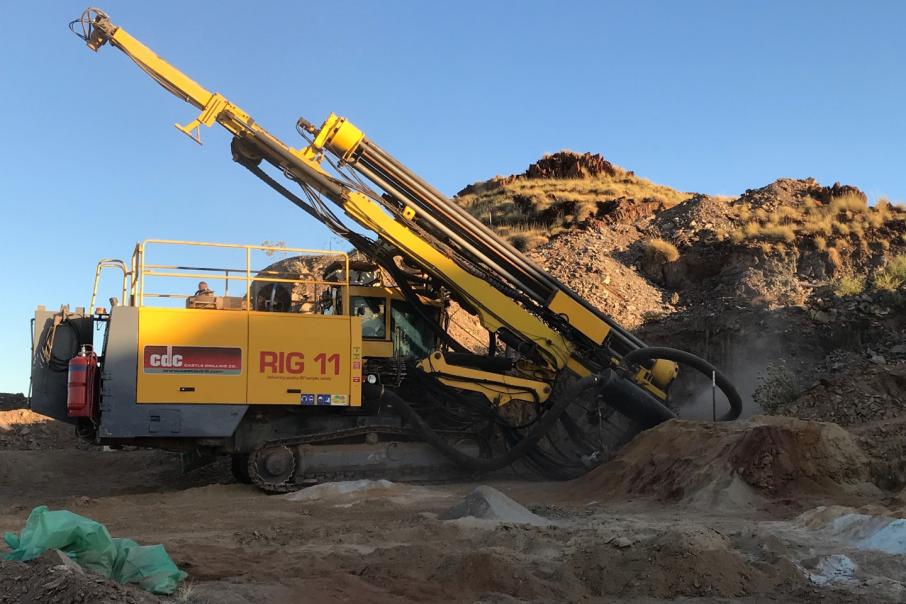 The significant new results were returned adjacent to the flagship Klondyke deposit and included 12 metres grading 2.68 grams per tonne gold from only 32m down-hole and 4m @ 4.3g/t gold from 44m.

The intersections are a real bonus to Calidus as the materials sampled were anticipated to be barren of mineralisation in the immediate footwall position, 25m outside the current resource limits at Klondyke.

Diamond drilling at the deposit is being undertaken in part to increase the geotechnical knowledge of the rock mass for potential future underground development.

In addition, the company is also completing infill drilling to improve the confidence of the resource within the optimised and proposed open-pit development at Klondyke, which was recently delineated by its pre-feasibility study.

Management said that this week’s new drilling results clearly outline the potential to grow the 1.25 million-ounce Warrawoona resource base already defined within its Pilbara tenement holdings.

Calidus Managing Director David Reeves said the ongoing results generated at Warrawoona showed it was on track to become one of the next generation of Australian gold miners.

Mr Reeves added: “We are rapidly progressing towards our goal of becoming a West Australian gold producer. With the recent $9m capital raise, we will continue our aggressive drilling program (to grow) the mine life and resources at Klondyke, increasing confidence in the resource and drilling down-dip of the open Klondyke orebody.”

“The results from recent and upcoming drilling will be incorporated in the resource update scheduled for the March quarter of next year.”

The company is presently completing a 15,000-metre drilling program at Warrawoona, which is primarily aimed at expanding the initial six-year mine-life of the project.

While most of the drilling campaign is centred around Klondyke, Calidus will also complete regional greenfields exploration at Klondyke West, 5km along strike to the northwest, where near-surface drilling has previously intersected ore-grade gold mineralisation.

On completion of the drilling, the company will refine its 3D ore models for Warrawoona and re-estimate the global mineral resources early next year.

The comprehensive drill program will then leave Calidus well-positioned to deliver its definitive feasibility study for Warrawoona in the second half of 2020.