Calidus Resources has bought out the royalty attached to the tenements covering most of the ore reserves at its developing Warrawoona gold project in WA’s East Pilbara region. The company will issue 4 million Calidus shares to the vendors and says removing the net smelter return royalty tied to the project will free up more cash flow during the early years of gold production at Warrawoona. 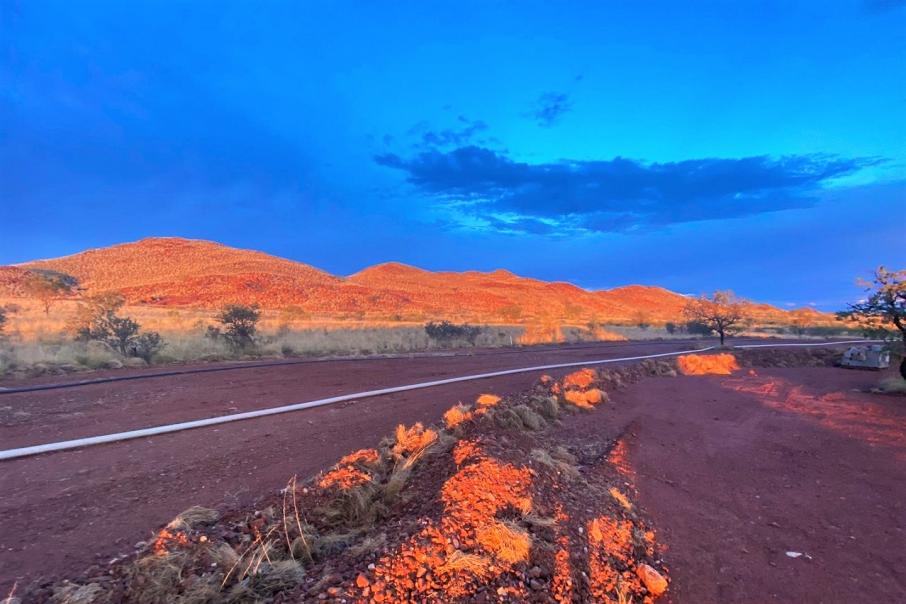 ASX-listed gold developer, Calidus Resources, has bought out the 2.5 per cent royalty attached to the tenements covering most of the defined ore reserves at its under-construction Warrawoona gold mining and processing operation in WA.

The Perth-based company will issue 4 million Calidus shares to the vendors and says removing the net smelter return royalty obligations tied to the project will free up more cash flow during the early years of gold production at Warrawoona about 25km south-east of Marble Bar in the East Pilbara region.

In addition to the roughly $1 million in savings by buying out the royalty that was capped at a total of $3.5 million, the company tidies up the Warrawoona project structure.

Calidus has also made the first of three staged payments to TSX-V-listed Novo Resources for the purchase of the historic high-grade Blue Spec gold project, which is located about 70km as the crow flies south-east of Warrawoona. The first payment to Novo was $2.5 million.

Blue Spec hosts an inferred and indicated mineral resource of 415,000 tonnes going a cracking 16.35 grams per tonne for 219,000oz of contained gold. Calidus has previously indicated that Blue Spec ore may be integrated into the Warrawoona production mix and lift gold production at Warrawoona from an estimated 90,000 ounces per annum to approximately 130,000 ounces per annum.

Calidus Resources Managing Director, Dave Reeves said: “The purchase of this royalty means the company will generate additional cash in the first years of mining. This in turn will assist in the cash available to service the recently announced $110 million debt package with Macquarie Bank.”

“The parties associated with the royalty are the original vendors of the tenements and remain significant shareholders in the company highlighting their commitment to the development of Warrawoona.”

Calidus has just nailed down $110 million in debt financing towards the development of the new, stand-alone Warrawoona gold mine, which has a pre-production CAPEX of $120 million.

The company says the main construction phase at Warrawoona remains on track to begin in the first quarter of calendar 2021. Its recent definitive feasibility study shows Warrawoona is forecast to produce about 90,000 ounces of gold per annum across the first seven years of mining at an all-in sustaining cost of production averaging a respectable $1,290 an ounce.

Open-pittable ore reserves for the Klondyke deposit, the cornerstone of the Warrawoona project, currently stand at 12.1 million tonnes grading 1.0 gram per tonne for 401,000 ounces of contained gold.

As part of the debt funding package, Calidus has also entered into an associated gold hedging facility that entails delivery of approximately 105,000 ounces of forward gold production from Warrawoona.