Sure-footed East Pilbara gold developer, Calidus Resources has inked a farm-in deal to acquire up to 90 per cent of fresh ground, 20km east of its Blue Spec gold project, by spending up to $800k on exploration over six years. Calidus said the highly promising tenement is littered with soil geochemical anomalies and immediately east of a mineralised corridor identified by Novo Resources. 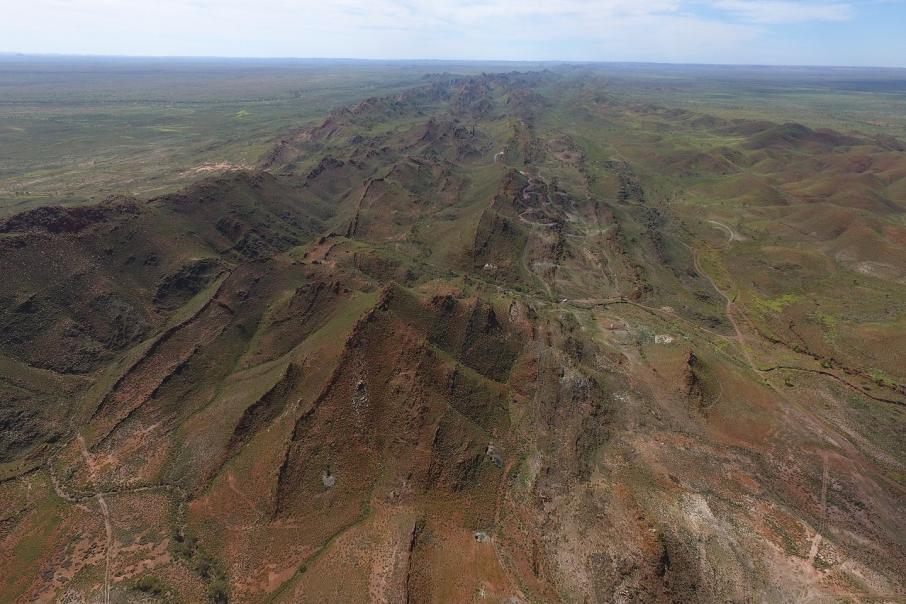 Sure-footed East Pilbara gold developer, Calidus Resources has inked a farm-in deal to acquire up to a 90 per cent interest in fresh ground east of its Blue Spec gold project by spending up to $800,000 on exploration over six years.

In another move designed to mop up more of the surrounding gold-rich terrane within trucking distance of its Warrawoona operations, Calidus has entered into an agreement with private entity, Nimble Resources to farm into the new ground.

Calidus said the highly promising tenement, located 20 kilometres east of Blue Spec, is littered with soil geochemical anomalies and sits immediately to the east of a mineralised corridor identified by Novo Resources.

“Many soil and rock-chip anomalies on the tenement have not been previously followed up with drilling. Fieldwork will start in earnest this calendar year”.

The agreement will see Calidus earn up to 75 per cent by spending $500,000 on exploration over four years in three equal stages.  Calidus will earn an initial 25 per cent interest for a spend of $75,000 in the first year, another 25 per cent for spending $125,000 within two years and a final 25 per cent for an extra $300,000 commitment within four years of the commencement date.

The final 15 per cent to round up to a 90 per cent interest requires an additional $300,000 exploration investment within six years.

Interestingly, Calidus said Nimble has retained the alluvial rights on the tenement which is akin to holding an option on Novo successfully extracting shallow alluvial gold sourced from the region’s well-known conglomerate gold horizon.

This new deal comes hot on the heels of Calidus’ $5 million payment to Novo, taking its interest in the Blue Spec gold and antimony project to 25 per cent.

The dormant Blue Spec mine is 75km by truck to the southeast of Warrawoona and has an existing resource that hosts 219,000 ounces of gold, grading at an impressive 16.3 grams per tonne, and 5,200 tonnes of antimony.  Blue Spec saw historical production of around 60,000 ounces of gold at more than 25 g/t before being shut down.

Not surprisingly, Calidus’ technical team considers the new tenement to be prospective for gold and antimony given its location along strike from the Blue Spec Shear trend.

Other explorers, including Millenium Minerals and Talga Resources, have gathered soil and rock chip samples across the new ground in the past and these led to a number of anomalous arsenic readings.

One historical explorer even dabbled with a percussion drill bit, punching a few holes into the project.  Talga apparently went back and re-sampled the soil from those holes however a search of the archives failed to turn up any information on those activities.

Another exploration target for Calidus is an outcropping, 1km long quartz reef where Gabriel Resources picked up 50 rock chips for assay work back in 1996.  Four of the best rock chips returned 17.5 to 63 g/t gold and another nine chipped in with assays between 0.1 g/t and 3.99 g/t gold.

Calidus says the exploration efforts of Millennium Minerals back in 2008 uncovered broad arsenic soil anomalies which the company said could signal something more substantial lurking below.  According to management, gold mineralised zones in the Blue Spec region are typically associated with a broader halo of arsenic and antimony anomalism.

Now flush with cash and a new gold mine under construction out the back of Marble Bar, Calidus Resources looks to be turning up the heat on its exploration activities in the hunt for more gold resources to feed its Warrawoona regional gold production hub.