ASX-listed Calidus Resources has added one of the richest-grade gold mines in the Pilbara hinterland to its growing arsenal of projects after striking a deal with Canadian miner Novo Resources Corporation for the Blue Spec gold mine near Nullagine in WA. The deal will also see Calidus pick up the smaller Gold Spec mine to the south. 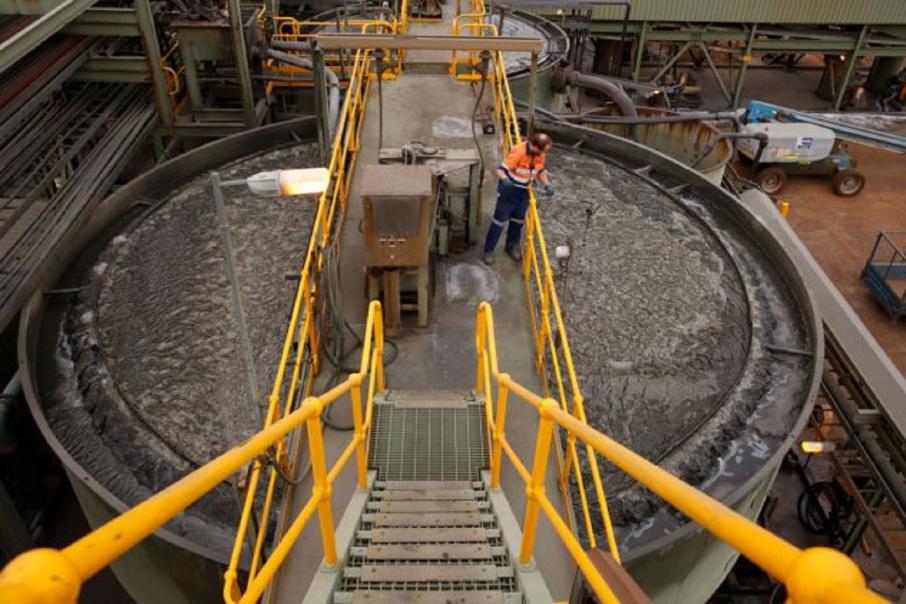 ASX-listed Calidus Resources has added one of the richest-grade gold mines in the Pilbara hinterland to its growing arsenal of projects after striking a deal with Canadian miner Novo Resources Corporation for the Blue Spec gold mine near Nullagine in WA.

The West Perth-based company already holds the Warrawoona gold project near Marble Bar that proved to be one of the positive project developments featured at this year’s Diggers & Dealers Forum in Kalgoorlie.

Now, its arrangement with Novo could see, in staged moves, Calidus taking full control of the Blue Spec gold mine and smaller Gold Spec mine near Nullagine to the south where the unmined resource is a known 219,000 ounces grading 16.3 grams per tonne gold.

Calidus would be well-aware of the history of Blue Spec, where the attraction has always been to its high-grade gold despite some complexity linked to the associated antimony. Calidus however, has a rather simple plan in store – it will truck the mined high-grade Blue Spec ore to its developing Warrawoona operation, 70km to the north-west, where it will run the mined dirt through a proposed specialised sulphide milling circuit.

The resulting gold-sulphide concentrate produced at Warrawoona might then be either run through the Calidus plant or sold as a stand-alone product to interested third-parties, based upon its metallurgical characteristics.

“We believe Blue Spec is a highly value, accretive acquisition for Calidus considering the infrastructure and skill sets available at Warrawoona and we would like to thank Novo for their agreement on the revised payment schedule.”

“Calidus has commissioned a Scoping Study on Blue Spec to highlight the value-accretive nature of the transaction. This study is scheduled for completion in Q1 2021.”

Blue Spec was discovered in 1906 and was so-named after the Melbourne Cup winner of the previous year and there has been a host of owners who loved the gold however some came to grief with the antimony-bearing stibnite ores that affected recovery.

A major move came when mining giant Anglo American picked up Blue Spec in 1974, taking the project from Metramar Minerals and Australian Consolidated Minerals which changed it from a humble vertical shaft to an associated larger decline mine access.

When officially launching the mine two years later, Anglo American’s famous chairman Harry Oppenheimer visited Blue Spec from South Africa and one enthusiastic executive decided to invite mine and mill hands to join the party. It took almost two days to reactivate operations.

What followed were companies such as Chase Minerals using the growing technical knowhow of engineering and gold plant maker Minproc which had some production success utilising a British metallurgist, but recovery fell when he departed.

Around 1982-83 gold tailings specialist Golconda Minerals reprocessed the tailings by having the stibnite floatation before the gold leaching and utilised hydrogen peroxide to attain recovery of up to 6 g/t gold - about five times more than open cut mines in WA were achieving.

In a presentation earlier this month that focused on the significant advances at Warrawoona, Calidus pointed to talks on Blue Spec as potentially leading to a “bolt-on” project for Warrawoona.

In the staged acquisition Calidus will have a 10 per cent initial stake by paying $2.5 million by the end of this month. It can progress to either 20 per cent or 25 per cent ownership via a second payment of either $2.5 million or $5 million by 31 January next year. A final payment to acquire 100 per cent can then be executed by either a cash payment of $14.3 million by March, 2021 or $10.3 million cash and $1.5 million in Calidus shares.