Six months after listing on the ASX, Calidus Resources has added 300,000 ounces of gold to their Pilbara gold project. The total mineral resource at the Warrawoona project expanded to 10.5 million tonnes at 2.11 g/t gold for 712,000 ounces, up 74% as Calidus closes in on its target of one million ounces. 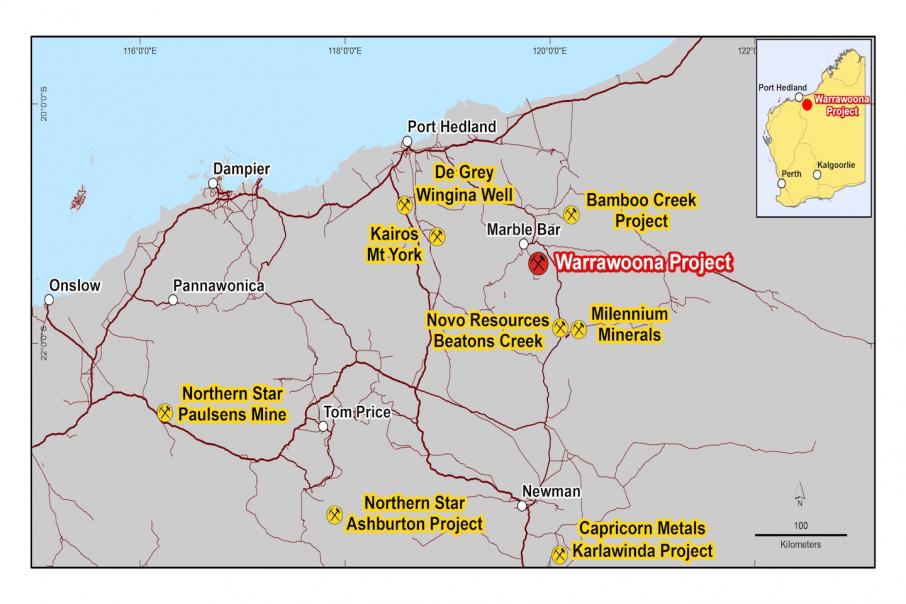 Calidus Resources’ spectacular run of exploration success at the Warrawoona gold project in the East Pilbara has translated into a massive 74% hike in gold resources less than six months after listing on the ASX.

The aggressive gold explorer told the ASX this week the total mineral resource for the project, near Marble Bar, had expanded to 10.5 million tonnes at 2.11 g/t gold for 712,000 ounces.

This represents an increase of 74% compared to a previous estimate of 410,000 ounces that pre-dates the entry of Calidus into the Warrawoona greenstone belt.

Importantly and unusually, Calidus have not made any significant sacrifices in grade for ounces as their resource is still holding up at over 2 grams per tonne despite the significant increase in tonnage and gold.

The increase in the size of the resource has also been accompanied by a big lift in the quality of it. The historic resource was entirely inferred, whilst the upgrade is dominated by a maiden indicated resource of 8.2 million tonnes grading 2.01 g/t gold for 541,000 ounces.

Calidus Managing Director, Dave Reeves said: “To increase our high‐grade resource base by 74% within 6 months of listing by targeted drilling underpins the unique attributes of the Warrawoona Project, where outcropping gold mineralisation allows rapid and cost‐effective ounces to be added to this rapidly developing project.”

We intend to keep this momentum going in the new year with extensional drilling of the resource, both down dip and along strike planned. In addition, we plan on converting some of the large number of satellite targets to resource status in the coming year. Our planning for this is well supported by our current cash position that allows a continuation of the aggressive program we have pursued to date.”

The biggest increase in resource was achieved at the company’s flagship Klondyke deposit, where drilling established a 2.6km strike length of continuous mineralisation which remains open in all directions. The Klondyke resource increased from 374,000 ounces at a grade of 2.08 g/t Au to 654,000 ounces at 2.06 g/t.

The inferred mineral resource for Copenhagen was unchanged at 36,000 ounces grading 6.12 g/t, although just two holes were drilled for 140 metres to validate shallow, high-grade intercepts from historical drilling.

A maiden mineral resource was announced at Fieldings Gully of 22,000 ounces at 1.65 g/t. This is based on a 325-metre section a kilometres-long regional shear package similar to that at Klondyke.

The next target for Calidus is to boost the gold resource to more than one million ounces.

The company has already completed 15,611 metres of drilling since listing and is currently conducting along‐strike extensional drilling of about 3,760 metres at Klondyke, Fieldings Gully and Copenhagen. Results are due in the first quarter of 2018, and will be used to define drill activity for the remainder of next year.

The first quarter of 2018 will also see the first test of high grade extensions of Klondyke down‐dip to a depth of up to 400 metres. This drilling is being needle eye targeted with the assistance of the CSIRO and will be partly funded by a $140,000 grant under the Western Australian government’s Exploration Incentive Scheme.

Calidus will also conduct scout drilling on a number of high priority regional targets to test the potential for higher grade satellite deposits that could form part of initial ore feed to a future development.

Calidus shareholders can look forward to a bonanza of results early in the new year as the company marches towards production.