Gold development company Calidus Resources has made substantial progress on its PFS for the flagship Warrawoona project in the eastern Pilbara region of WA, saying it on track to publish the study in July. Earlier this month, the company completed a placement of $2.16m at a premium to the market, which will provide it sufficient funding to complete the PFS in the nominated timeframe. 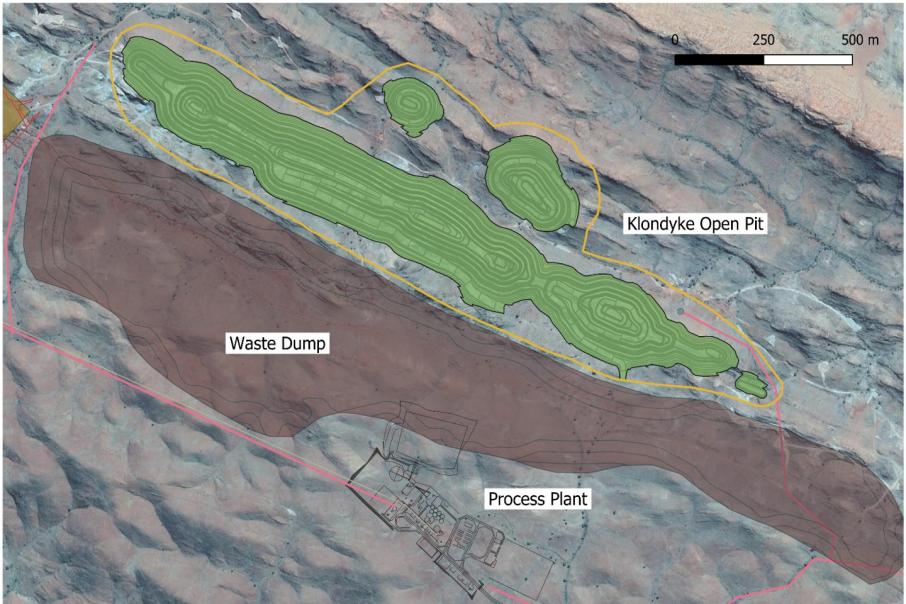 Gold development company Calidus Resources has made substantial progress on its PFS for the flagship Warrawoona gold project in the eastern Pilbara region of WA, saying that it is on track to publish the study in July.

The company has now tied down the final open pit design for the main base load Klondyke resource, which extends for 2km along the outcropping Klondyke shear zone that hosts the gold mineralisation.

This option provides for greater efficiency and productivity, using a larger mining fleet, which should lower OPEX costs, allow for staging of mining activities and open up potential synergies for an earlier start-up of underground mining activities if warranted.

Calidus has also determined that a conventional carbon-in-leach, or “CIL”, processing plant is all it needs to treat its Warrawoona ores and will site the facility about 700 metres southwest of the open pit, with the waste dump located in between.

The company has now finalised all geotechnical investigations and water exploration drilling and is in the process of completing its final environmental base-line studies, which should allow environmental permitting of the project to commence in the third quarter of this year.

Management also said it is investigating the region’s satellite gold deposits, including the higher-grade Copenhagen resource, which boasts 39,000 ounces grading 4.65g/t gold and is included in the mine design for the PFS.

Just under 64% of these resources sit in the confident indicated category status and importantly the higher-grade component of the resource holds 1.1 million ounces at a very respectable grade of 2.37g/t gold.

Earlier this month, Calidus completed a strategic placement of $2.16m at a premium to the market, with the proceeds providing sufficient funding for the company to finish its PFS in the nominated timeframe.

Some monies will also be thrown at the drilling of regional exploration targets and infill and extensional drilling work over the main resource areas, as and when required.

Regarding this week’s update on the Warrawoona PFS, Managing Director Dave Reeves said: “… all the information gathered so far (shows) the Warrawoona Gold Project, which has a total Mineral Resource of 1.25 million contained ounces, would have a simple layout and processing route.”

“The pre-feasibility study is now well advanced and it already shows that Warrawoona is shaping up as a very simple development scenario … with the completed mine design on the outcropping Klondyke shear (showing) a single, 2km-long continuous pit.”

“The process flow sheet … results in a very simple primary crush, SAG mill comminution circuit, followed by a gravity gold and conventional carbon-in-leach (CIL) recovery plant. This conventional layout will also have the benefit of a modest capital and operating cost to build and operate.”

“Exploration drilling for water has now been completed, with good sources of high-quality water identified close to the processing plant … and the drilling rig has now moved back to regional exploration ...”