WA has so far been spared the worst of COVID-19 but the experience has nonetheless triggered big changes in workplace management and planning. 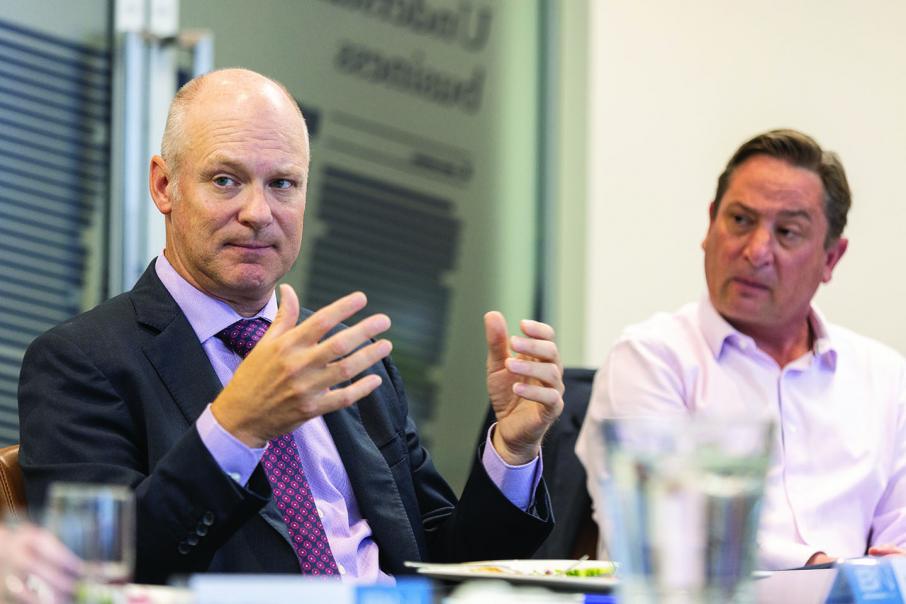 When Perth business leaders reflect on the impact of COVID-19, it’s the shift in mindset that many believe will be most significant.

“But when you get three years of change in three months, it forces people to rethink the subconscious stigma against it.

“That’s been the big change.”

Tania Cecconi, who heads CEOs for Gender Equity, is another person who has seen big shifts in mindset.

“I’ve seen men who were really lukewarm about flexibility, working from home, time with family,” she said.

“They have been completely transformed, a real shift in thinking.”

“It’s helped overcome enormous amounts of inertia,” she told a recent Business News boardroom forum on the future of work.

Ms Cecconi said the recent experience would help many women who had effectively been locked out of senior leadership roles and decision-making. 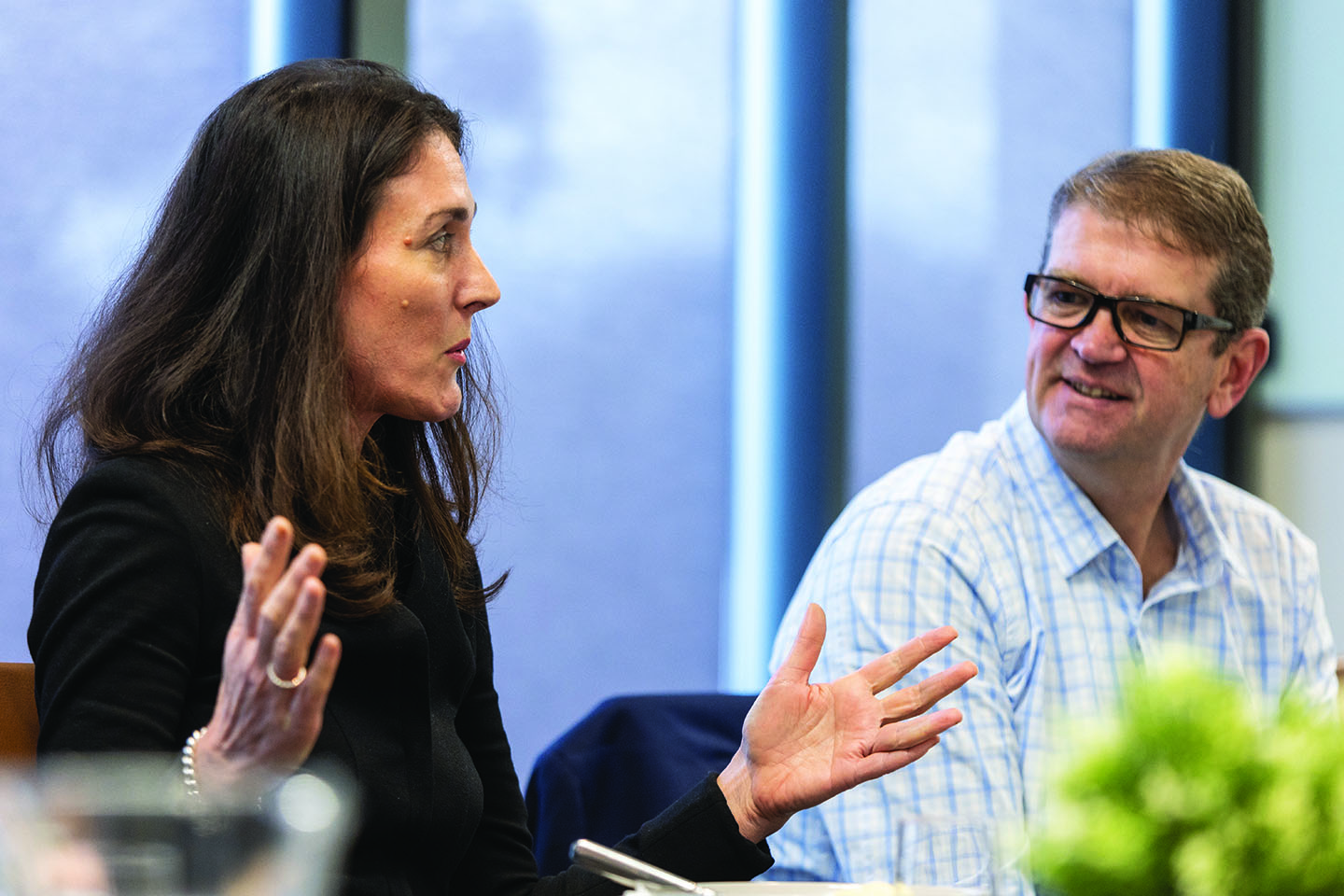 Matthew Tonts, who is executive dean of arts, business, law and education at The University of Western Australia, said the pace of change after COVID restrictions were introduced was unprecedented.

“Our organisation has transformed at the speed of light,” Professor Tonts said.

“Within five or six weeks we took all of our teaching from face-to-face to online.

“We had virtually all of our staff at home and we think productivity increased over that period.”

However, not all staff or students embraced the change.

“One of the interesting things to observe was how different staff adapted,” Professor Tonts said.

“Some were very comfortable with that online environment, some loved working from home and some were just yearning for that face-to-face contact.”

He noted that many students hankered for personal contact

“It was amazing the number of students who said they loved being back on campus, and the sense of community and identity that generates,” Professor Tonts said.

“The feedback we got was that the technology may be very efficient but people really value the human element, coming in and seeing a human face,” Ms Shanahan said.

Mr Woods said KPMG was planning to give its staff greater flexibility.

The firm has moved toward a three-hub model, with staff spending time either at the office, at their home, or at their clients’ premises.

“I am sure we will see people rotating back to the office to some degree,” Mr Woods said.

“I’m not sure where we will settle.

“I think there is still a bit of a sugar hit from change.”

He said he expected people would transition through the hubs over the course of each week, or even during a single day.

“When it settles, I think we will have a roughly equal number of people going through those hubs,” Mr Woods told the forum.

“And what I like about it is the choice.

Mr Woods said he anticipated a large CBD office would still be critical.

“If you look at our office footprint in the CBD, I don’t concur with the popular view that we will be letting go of floors, necessarily,” he said.

“We will need the flexibility.”

“You need connectivity to feel the culture of the place, which you don’t get over a screen,” he said.

The CBD office was also important for younger staff still learning and building their professional networks. This covered everything from formal training and mentoring through to informal learning.

“[For example] the subconscious learning you get when you hear the person next to you on the phone,” Mr Woods said.

“We need to strike a balance so they get the richness of experience.”

He said there were two areas where he saw long-term benefits from the COVID restrictions.

One was the increasing volume and quality of communication from leaders. The check-ins, the Zoom calls, the amount of conversations that were happening.

He said a second benefit was more personal engagement, citing the example of taking Zoom calls at home while he was cradling his two dogs.

“People would see me in a different light, and there would genuinely be a conversation about how we’re going,” Mr Woods said.

“And I really hope that we can continue that, that we engage with our people and our clients at a personal level, that we don’t go straight to business.”

Ms Cecconi said she was concerned about the public sector’s response.

This was disappointing, she said, especially when the state’s most senior private sector executives were able to work from home.

“If [they] can do it, what’s stopping the public sector? I suspect there is still a lack of maturity around measuring outcomes and what the real value is,” Ms Cecconi said.

“Mature organisations are focused on the outcomes, they already know what’s important to the business.”

Speakers at the boardroom forum agreed that productivity in each of their organisations had been sustained, if not improved, during the COVID restrictions.

“I don’t think there is any doubt in our world that our people are productive,” Churchill Consulting director Nigel Court said

“They’ve got lots to do, they are engaged and they are doing it.”

He said the most appropriate work arrangement often depended on the type of work; for instance, creative tasks were best pursued collectively in the office.

Mr Court said it also depended on the personal needs of each individual.

Professor Tonts said one concern was that people were working longer hours while based at home.

He observed that he normally received work emails from about 7am through to 6pm, with a few in the evening.

“I was getting emails from four in the morning to midnight and it was consistent through the day,” Professor Tonts said.

“The flexibility was great, but do we switch over?

“Does work become an intrusion into every aspect of life?

“That is one thing we will need to manage carefully.

“The expectation was already that people were always available, and I think that has gone further.”

“Just because somebody is sitting at their desk doesn’t mean they are as productive as they could be,” he said.

“You need clarity around what your teams are looking to achieve.”

While noting that constant Zoom calls were exhausting, the forum participants generally agreed that most people quickly adapted.

KPMG director of management consulting and digital delta Ashley Brown said he had been working from home two to three days per month prior to COVID and often found communications to be difficult.

“We’ve managed to dramatically improve our use of communications technology and that made it better for everyone,” he said.

Mr Court said his recent experience was a big change from previous times, when he worked on multi-year technology projects.

“What resonates with me is that change can be quick,” he said.

Mr Court said there should be a greater focus on tech deployments that became operational faster and helped people to achieve their goals.

“Be willing to commit and fail, like a startup.”

In a similar vein, Professor Tonts suggested a new approach to change management as a discipline.

Rather than spending months or years in planning and then implementing, he said a better approach might be rapid implementation followed by working with people to get the best outcomes. 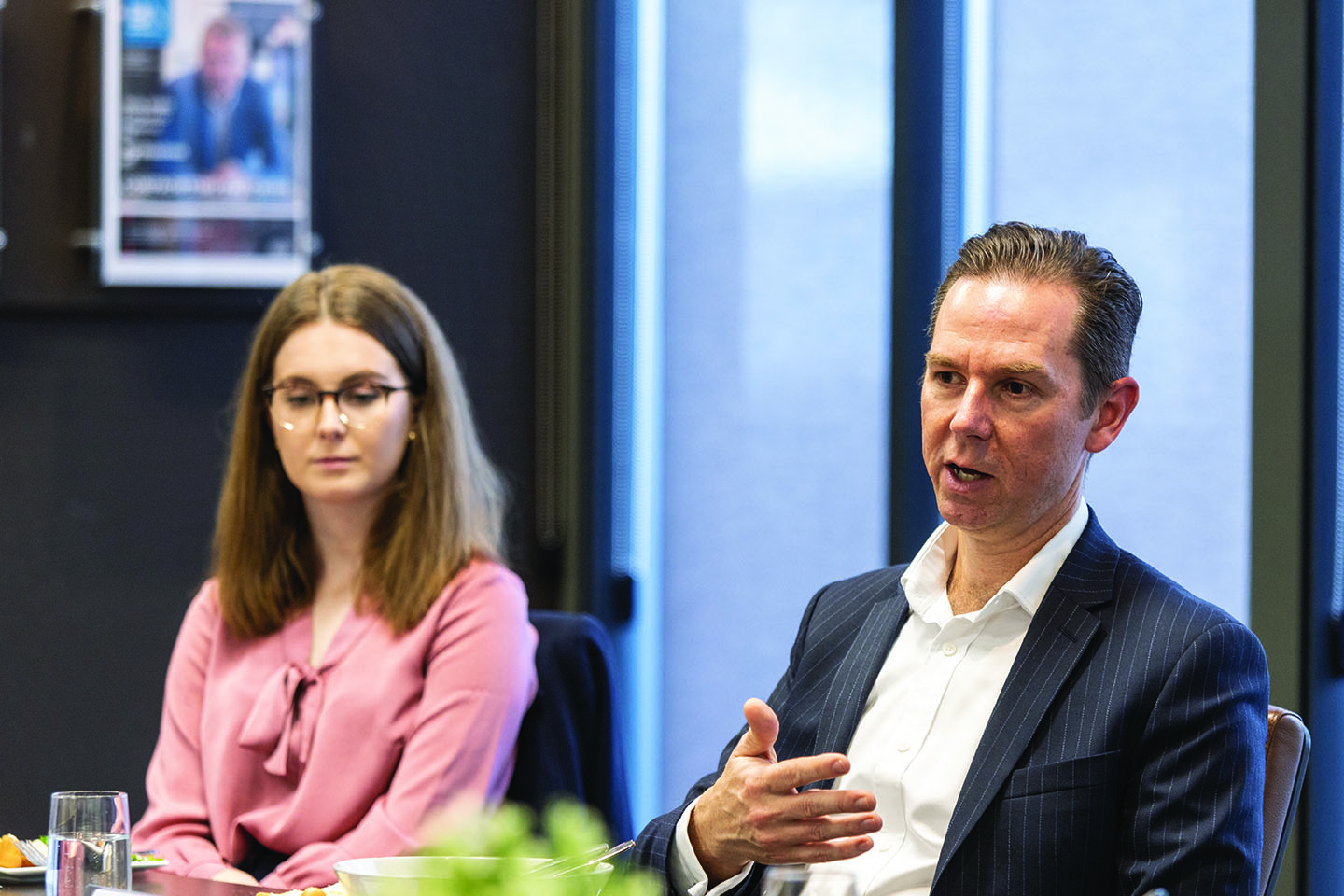 The embrace of communication technology during COVID restrictions was just a taste of what might come in future, the forum heard.

Mr Brown said WA had already achieved a lot in areas such as data science, supercomputing, automation and robotics.

“WA is a world leader in autonomy,” he said.

“There are a lot of opportunities and we are embracing these jobs of the future.”

Mr Brown encouraged companies to be strategic in their approach and build a workforce that could work alongside new technology.

“We can automate certain tasks but really it’s about augmenting the role of people in those systems,” he said.

“The more you automate tasks, the residual tasks left for people are more valuable.

“To make decisions, to be creative, to analyse and interpret data from those platforms means the roles of people are much more important.”

Professor Tonts took a different tack, highlighting the need to manage the downside of technological change.

“There is no question jobs will disappear and that will affect real individuals, real families, real communities,” he said.

“We need to be very attuned to the uneven consequences of what is going on.”

Professor Tonts noted there had been a major decline in manufacturing in WA in recent decades.

He recalled that Perth had been home to several big manufacturing and assembly plants that collectively employed thousands of people.

“In the past, we just let the market deal with it,” Professor Tonts said.

He said new jobs would be created but they would be in different industries and require different skills.

“Brand new, shiny jobs will be created but they won’t necessarily be for the same people,” Professor Tonts said.

“This mismatch is a real question.”

KPMG partner, transformation program management, Gillian McKay said a notable example was aged care and personal services, which had become one of the biggest employers in Australia.

“Ageing is often spoken about as a drain on the economy but it’s going to be an enormous opportunity in terms of new forms of work, new forms of housing, new forms of leisure,” Ms McKay said.

With rapid changes in technology and employment, one of the challenges facing universities was ensuring they stayed in touch with the needs of industry.

UWA’s head of computer science and software engineering, Rachel Cardell-Oliver, said the university was well set up to tackle this challenge.

“We not only design courses and teach the students, but we work with industry and work on commercial problems and that’s what feeds back, and that’s the wonderful model where the research teaching nexus really works,” she said.

Associate Professor Cardell-Oliver said her recent experience included working on smart metering, the internet of things, and with startups.

She suggested there were two fundamentals that students needed.

One was the deep knowledge, or foundations, of each discipline, which would enable them to work through change.

The second was communication skills, so they could talk with people across a range of disciplines and professions.

For instance, she said the artificial intelligence degree had a minor in ethics, while cyber security students also studied international politics.