With five decades of experience in the banking and corporate sectors, there was no shortage of issues to be discussed when Tony Howarth sat down to lunch with Business News at the newly reopened Julio’s restaurant. 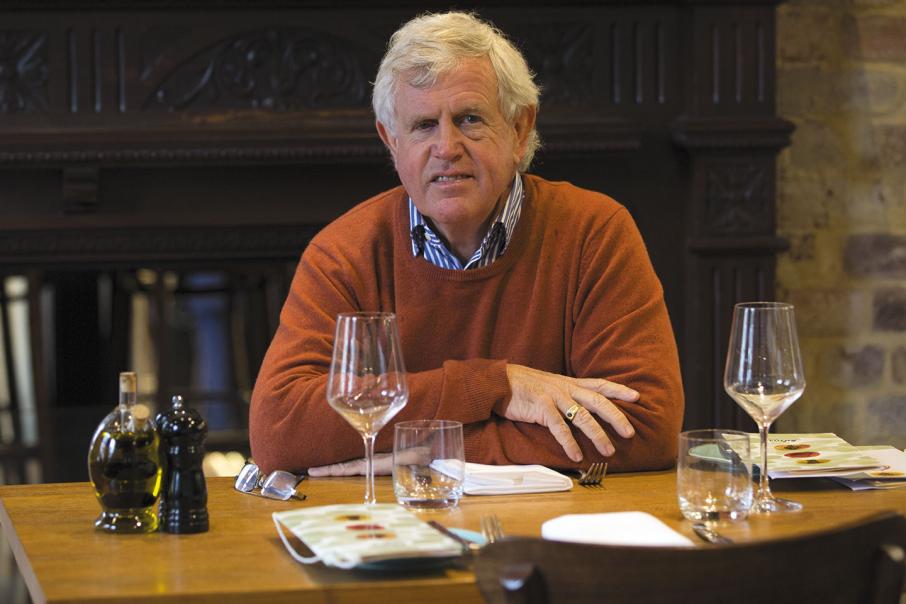 Tony Howarth worked his way up through the ranks, with experience in retail and commercial banking in Sydney and overseas. Photo: Attila Csaszar

With five decades of experience in the banking and corporate sectors, there was no shortage of issues to be discussed when Tony Howarth sat down to lunch with Business News at the newly reopened Julio’s restaurant.

Tony Howarth never went to university, yet this country boy from Bathurst in NSW enjoyed an impressive banking career that took him to Sydney, London, New York and Hamburg, before he moved to Perth for a role at Challenge Bank in 1991.

Mr Howarth got his start in banking the day after leaving school, thanks to his father.

“I left school at year 10. My dad came home and he’d just played bowls with one of the local bank managers. There was a job for me, and I had to report at the bank the next day,” recalls Mr Howarth.

“I was quite good at diving at school, an unusual sport in many ways, but I was very driven. Unfortunately I had a serious accident and lost an eye around that time, and that put paid to sports.”

With sports no longer an outlet, Mr Howarth learned the guitar, and put a band together.

“I still play today, and have a collection of guitars, and enjoy music a lot,” he said.

Mr Howarth worked his way up through the ranks, with experience in retail and commercial banking in Sydney and overseas. Fairly quickly, he found himself in leadership positions.

“It’s how things were done back then,” Mr Howarth said. “A lot of the people who ran banks came out of the country.

“I had amazing mentors during that time, seniors who ran departments. I took the opportunity to learn what I could from them.”

Mr Howarth’s advice for those building a career these days is to take their opportunities and don’t be fearful of branching out.

“A lot of people sit back and wait for things to happen. One of my favourite sayings is from the American baseballer, Yogi Berra, ‘If you come to a fork in the road, take it.’

“Put it another way, you have to leave the nest to develop your wings.”

The opportunity to run Challenge Bank in Perth brought Mr Howarth to Western Australia in 1991.

“We thought we’d be here for three to five years, but that was 25 years ago. Perth’s home and we have grandkids here now,” he said.

Challenge Bank was sold to Westpac in 1995, and in the early 2000s Mr Howarth took his first board role at Alinta (then Alinta Gas), which was about to go through a public float.

“I’ve been the president of Cottesloe Rugby Club when our boys were playing there, and now there’s my involvement with RugbyWA and the Western Force,” Mr Howarth said.

“I’ve been involved with the University of Western Australia since I’ve been here, and I asked them at the beginning, ‘Do you really want me involved? I never went to university.’”

Despite all this activity, Mr Howarth argues his life is not as busy as when he was a full-time CEO.

“Some people describe it as a ‘portfolio lifestyle’; a third of what I do is corporate, a third is community based and the other third is being a grandfather and my personal life,” he said.

The principles of sitting on boards are the same as being a CEO, Mr Howarth argues.

“Surround yourself with the best possible people. The most important decision a board can ever make is to employ the right CEO. I have been extraordinarily fortunate to have worked with some great CEOs, who in turn put great people around them,” he said.

Mr Howarth concedes that the current economic climate in WA is tough.

“I still think unemployment is probably higher than currently being shown,” he said.

“I think there is a significant amount of underemployment going on.

“We still have a two-speed economy, it’s just the west is the lower speed at the moment. Construction and population drives growth, and much of this has stopped. Production does not provide as much employment.

“Having said that, I wouldn’t want to live anywhere else. Tourism will come back strong, with a lower Australian dollar helping. We will find ways to compete with high-level manufactures, and we are a resourceful state. The resources industry has a high degree of innovation to it.”

Mr Howarth said the impact of digital disruption was being felt in different ways among the many and varied roles he undertook.

“Bunnings is a standout performer at the moment, and is extremely well run,” he said.

“In the online space we use the Bunnings website to allow people to find what they want and drive traffic through stores. In the online purchasing world, Wesfarmers’ businesses, like Officeworks and Target, are good examples of driving online sales.”

Mr Howarth likes to keep up to date with newspapers and various resources made available to him through his directorships.

“My boards are very good at keeping me up to date, and I do read Business News and The Australian regularly,” he said.