Water Corporation CEO Sue Murphy was Business News’s luncheon guest at the newly re-opened Julio’s restaurant, where a range of business and personal topics was on the menu. 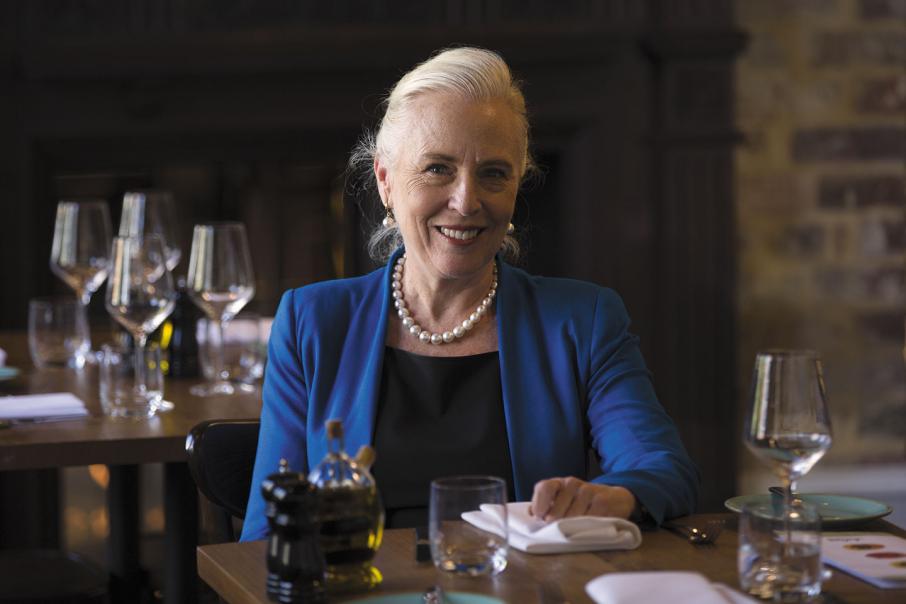 Water Corporation CEO Sue Murphy was Business News’s luncheon guest at the newly re-opened Julio’s restaurant, where a range of business and personal topics was on the menu.

It's rare to meet a CEO who has the challenge of convincing his or her clients to use less of their product, but that’s the unusual situation for Sue Murphy, who has been the CEO of Water Corporation since 2008.

The eldest of three children, Ms Murphy remembers being bossy at an early age and was usually an organiser.

“At school, I remember organising a whole inter-school carnival … (probably) so no-one would notice I was not competing,” she said.

“I don’t like chaos, and the best way to not have chaos is to sort it out.”

After school at Methodist Ladies' College (where she’d won a scholarship), Ms Murphy went off to the University of Western Australia to study engineering.

“My parents would have preferred me to do medicine,” Ms Murphy told Business News.

“In my final year I won a Clough scholarship, so joined them (Clough) after graduating.”

Ms Murphy, who spent the next 25 years after university working for the engineering company, considers Harold Clough a valued mentor.

“In those days it was Harold’s own company, and when we’d go to him with problem he’d say ‘Oh you smart young things, you’ll work it out’.

“I thought ‘It’s his money, and he thinks I can sort it out’. So we all worked insane hours and operated as if it was our own business.

“If you want to empower someone, just say ‘I trust you’.”

Ms Murphy said one her best early-career decisions was to challenge her self-belief and capabilities.

“Getting way out of my comfort zone (was important) on distant construction sites,” she said.

“We were all under 30, yet had a lot of authority. There was a lot of camaraderie, and man management was very different to being in an office.”

With her own career providing inspiration for a new generation of young professionals, Ms Murphy has some simple advice for those embarking on their working life.

“The most attractive thing in an employee is competence and hard work,” she said.

“The world is so small for this younger generation. I have three daughters, one is in New York, and we speak regularly with Facebook Messenger, probably more than when she lived in Perth.

“With the current downturn, I do worry about young graduates. I think we have become a little snobbish about trades. If you look at the jobs of the future, we are still going to need cabinetmakers, carpenters, welders and electricians.

Skilled artisans will be needed.”

“Trust and confidence is what we measure (at Water Corp), because we’re a monopoly, and people are taking our product and ingesting it without a second thought. We have to keep earning this trust,” Ms Murphy said.

Many businesses are still in the process of adjusting to life after the resources construction boom, but Ms Murphy is confident the state’s economic base is sound.

“WA had a construction boom, not a mining boom,” she said.

“The construction period may have made us a bit fat and lazy, so a period of belt tightening was needed. I don’t think there’s a business in WA that hasn’t looked really hard at its cost base. In general, the fundamentals are still there.”

More of a Twitter ‘watcher’ than a user, Ms Murphy still understands the immediacy and importance of social media at work.

“We made a call at Water Corp to use one central Twitter handle, so I send my tweets out through that group account,” she said.

“I’m on Facebook with my friends, especially when I travel.

And as for broader digital challenges?

“As soon as you say ‘my market cannot be digitally disrupted’, it will be,” she said.

“I don’t think people will want to deal with their waste water, but perhaps local solutions with water tanks (could disrupt).”

Weekly walks (both days of the weekend) give Ms Murphy some time away from the stresses of work while also providing social time with family and friends.

A football ‘tragic’ and Dockers fan, she takes in home games with her father.

Using the words ‘guys’ at work

“You have to be careful what you say, but I don’t think ‘guys’ is an overly offensive term,” Ms Murphy said.

“My argument would be that inclusivity is important. The racist joke makes the workplace less inclusive. If we focus on what makes a workplace inclusive, then a lot of the diversity takes care of itself.”