Business News sat down to lunch at Julio’s with the CEO and managing director of Decmil Group, Scott Criddle, who says building relationships is an important part of his role. 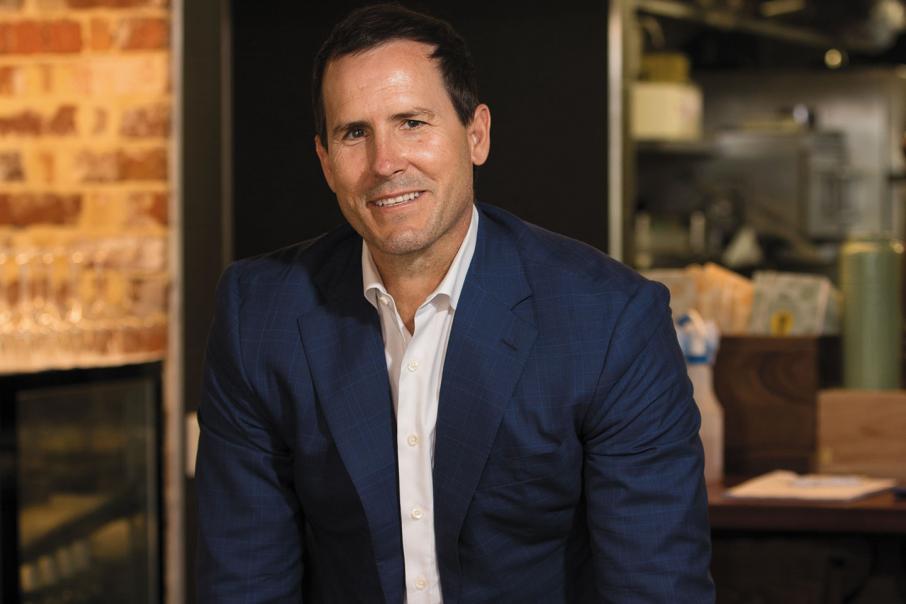 Business News sat down to lunch at Julio’s with the CEO and managing director of Decmil Group, Scott Criddle, who says building relationships is an important part of his role.

Scott Criddle has spent almost 25 years working his way up from ground level in the business his father, Denis, started in Karratha in 1979.

The growth of Decmil Group over that time has been significant, with the small operation Denis Criddle started to service mining and resources clients in the Pilbara having listed on the ASX in 2005 and now employing almost 600 staff, according to the BNiQ Search Engine.

“They did civil and road works, and worked for Woodside directly or as a sub contractor. I saw the good and the bad, including the stress it can cause families when it’s tough going.”

Mr Criddle was born in Sydney and raised in the Pilbara, with his father moving the family there to take a job in Karratha with Hamersley Iron. A few years later, Denis Criddle saw the opportunity to provide services to a developing resources industry, so he established Decmil with a couple of friends. At the time, he had also become president of the Shire of Roebourne, just as the LNG industry was in development.

Scott Criddle was educated at a primary school in Karratha and then Wesley College in Perth.

“I had a huge amount of energy and played an enormous amount of sport – footy, tennis, golf, cricket, anything,” he said.

After school, he worked in a variety of blue-collar environments, mainly as a labourer. He also completed a degree in construction management and economics at Curtin University.

Mr Criddle joined Decmil in 1993, when it was a relatively small business with revenues of between $3 million and $4 million.

“I started out on the ground floor at Decmil doing anything that was needed, mostly pretty menial tasks, and I also worked with Dale Alcock for a few months; a great guy,” Mr Criddle told Business News.

In his early 20s at this stage and eager to learn the business from the ground up, Mr Criddle said his father did not interfere with his progress or micro-manage his career.

“Dad just let me go; he gave me a lot of guidance but appreciated that I had to make mistakes to learn,” Mr Criddle said. “He kept a firm grasp on the company but had a very tolerant attitude while I was learning.”

The 1990s was a tough period for the company as there was little work in mining or oil and gas. The business contracted, but had no debt and was always profitable.

“When it’s your own family’s business, you really focus on the customer, the money and making sure things are run well,” Mr Criddle said.

“I learned everything I could about the business. I asked a lot of questions, and probably annoyed everyone. But I was inquisitive and wanted to understand everything that led to getting the strategy right, pricing right, project management and procurement right.”

Mr Criddle was passionate about the industry – building teams, winning contracts and working with clients. As the 2000s arrived, he moved into business development.

“We wanted to diversify the client base, so I set about winning new business. You have to develop relationships in order to bid for the work. Ninety per cent of the time the answer was ‘no, you’re too small, no, you’re too young, no, we’re not comfortable with you, no, no, no, no, no’.

“It was very tough, but I was very persistent. Eventually, we’d get a shot, and when we got that chance I was careful to make the most of it.”

Mr Criddle became the managing director in 2003, aged 31. Decmil was well placed to take advantage of the mining construction boom that would sweep all before it over the next decade.

By the time the decision was made to list the company on the ASX, revenues had grown to $100 million.

“Construction businesses like ours need a huge amount of security, sometimes upwards of $40 million in facilities, which is large for a private business,” Mr Criddle said.

“We had no debts and had no need to sell, but when the opportunity presented itself we decided that it was the way to go if we wanted to take advantage of the burgeoning construction market and grow the company.”

Within a few years as a listed entity, revenues had grown to more than $650 million.

“What I’ve learned about business is that it’s all about people, energy and leadership,” Mr Criddle said.

“I still make a lot of mistakes, and you need to keep learning. You have to stay humble, retain the company culture and values and be fully cognisant of customer requirements. As the company grows this becomes more challenging, but also more rewarding.”

Mr Criddle acknowledges that conditions in the WA economy were challenging last year.

“Everyone underestimated the end of the boom cycle, and when it ended the resources companies were very aggressive in cutting their costs,” he said. “When they reduce their capital spending, there’s a big impact on a company like ours – it’s tough.”

As the WA mining construction boom ended, further diversification was required at Decmil.

The business expanded into Queensland in 2012, in coal and upstream LNG work. Mr Criddle still calls Perth home, although he is based in Brisbane at the moment.

The business made an acquisition in Victoria, and is targeting a push into other states.

Today, Decmil is still in resources and infrastructure, but also recognises opportunities in renewables. These are the main three elements to the business.

“I think the WA economy will pick up,” Mr Criddle said. “There will be new projects. Some of the existing producers’ mines are being depleted and replacement mines will be required to maintain production.”

However, to get WA going again will require some bold vision from government, according to Mr Criddle.

“I like to ask a lot of questions and keep my finger on the pulse,” he said. “I know there are lots of reports I could read, but they are a lag indicator, telling me what’s happened in the past. By asking questions, I can get on top of things early on. I don’t like to see things dragging on.”

Innovations such as 3D printing and BIM (building information modelling) are making technological impacts through efficiency improvements rather than disruption, Mr Criddle argues.

He believes project management companies will still be required for a while yet.

Away from business, Mr Criddle loves exercise, boating, fishing and time with his family. He has four children. He doesn’t sit on boards, apart from Decmil’s.

“I read a lot of papers, all of them, everything,” he said. “I like to read business books, too, and learn about what makes great companies tick. It nearly always comes down to dedicated people, culture and discipline.