WA Local Government Association chief executive and former WA businesswoman of the year, Ricky Burges, joined Business News at Julio’s in West Perth to discuss her professional journey and what lies ahead. 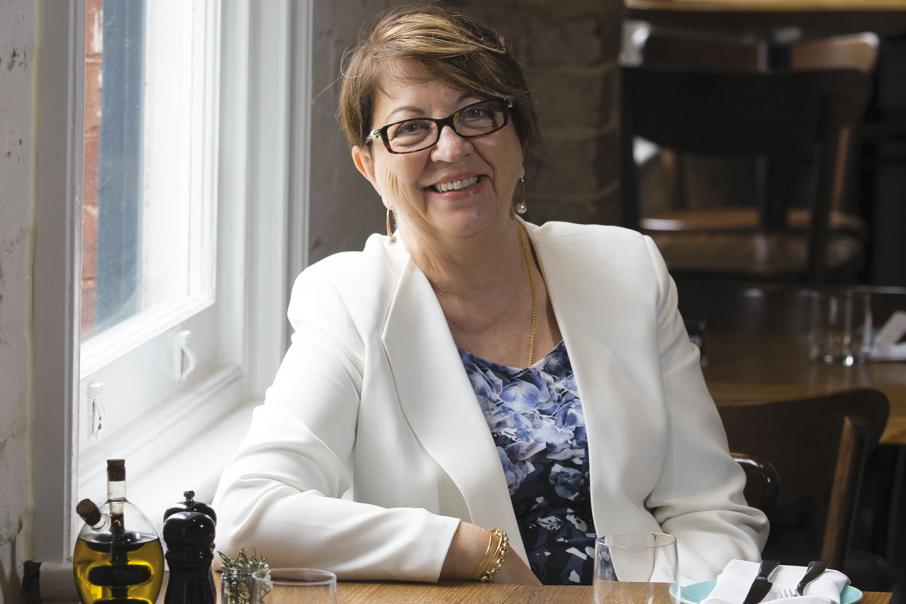 WA Local Government Association chief executive and former WA businesswoman of the year, Ricky Burges, joined Business News at Julio’s in West Perth to discuss her professional journey and what lies ahead.

Leaving school after year 10 during what she describes as an unsettled childhood hasn’t hampered Ricky Burges to the degree one might expect. In fact, it may have been the making of her.

“My mother was 46 years old when she had me, so I suffered a bit from what you might call ‘benign neglect’. As a result I was quite unsettled,” Ms Burges told Business News.

“I found school quite difficult.”

Her two older sisters and brother were grown up and married when she was born and, looking back, Ms Burges acknowledges this may have contributed to her independent, resourceful nature.

She is also considered a good organiser, which became evident when she joined the workforce after leaving school.

There was one bright light from her school years, however.

“I had one fantastic teacher, Mr Skillen, in grade seven, who recognised a love of reading,” Ms Burges said.

“Reading is a good escape, and these days I always have two or three books on the go.”

Many years later, after having two sons of her own, Ms Burges took a job as a HR director at a local law firm, and finally got to go to university.

“Ron Cacioppe encouraged me to go,” Ms Burges said. “So I did a post-grad diploma in human resource development.”

She topped the graduating class, something that gave her a good deal of confidence, and has loved the learning environment ever since.

Ms Burges enrolled to do a masters degree in leadership and management at Curtin University, where Professor Cacioppe was lecturing. She started a PhD at the University of Western Australia a few years later, although she has (so far) been unable to complete these studies due to her executive workload.

Ms Burges had a few years as the HR director at the WA Tourism Commission, before becoming the CEO of the Perth Zoo in 1994. It was here she would make her name, turning the organisation around and being named WA businesswoman of the year in 1997.

“It was a stunning job,” Ms Burges said of the Perth Zoo role.

“I’m crazy about animals. The place was a bit tired and unkempt, had some industrial issues, but there was a fantastic group of people there.”

Ms Burges spent the first few years behind the scenes, concentrating on creating a solid environment for the public and animals. For a couple of years, however, it looked like nothing was happening.

“There can be a view in places like that, sometimes in universities and public sector too, that if only the public would stay away, we’d have a great place,” Ms Burges said.

“So it was an education process, trying to bring everyone along. I had to explain that the reason we have a job and can do amazing things is because of the public.”

After her success at the zoo, Ms Burges was tapped on the shoulder to be the director general of the Department of Culture & the Arts.

“I was not ready for this at the time, and only had two weeks’ notice before starting,” Ms Burges told Business News. “It was a bit tricky and very political, but a wonderful opportunity.”

Ms Burges was there for two years, before her current job came along.

“Tim Shanahan, a friend of mine, suggested I look at the role (at WALGA), and to be honest I went along to the interview almost like a favour to a mate,” she said.

“However, I found the interview to be one of the best experiences in a long time. It was so refreshing.”

This was partly due to Ian Mickel, the then shire president of Esperance, who Ms Burges found to be a person of great integrity and who was looking to make a difference.

Having taken the position, one of Ms Burges’s first tasks was to coordinate and implement the amalgamation of three local government associations (sitting under another umbrella association) into a single entity. This would then lead to the creation of WALGA.

“There were so many vested interests that wanted the status quo,” Ms Burges said.

“There had to be some exceptional relationship building to get this over the line, so I used a change management plan I had developed at the zoo.”

There was a lot of resistance to the amalgamation. As part of the process, Ms Burges did a dry run a few months before the final meeting to see where she and those who wanted amalgamation sat, and what was still required.

Having bedded down their strategy, the supporters of amalgamation felt they were 70 per cent across the line. Even at the final meeting, however, they were not 100 per cent sure it would pass, as opponents of the plan remained vocal (and committed).

“Someone put flyers on the seats saying, ‘If this goes through, there will be blood on the floor’,” Ms Burges told Business News. “But it got up, and the past 17 years have been the most remarkable of my career, and I have loved every minute of it, even the difficult times.”

Ms Burgess is not daunted by having to report to a board of 24 people.

“It’s a large board, but that means it cannot be dominated by a few strident or quirky voices,” Ms Burges told Business News. “Most people are grounded and commonsense people, and it works very well.”

Among her mentors in her career has been John Osborn, who was the chairman of the WA Tourism Commission.

“John is one of those successful and elegant businessmen and a thoughtful chairman,” Ms Burges said.

“His advice to me included never eating spaghetti if you have a luncheon interview.”

(For the record, for our lunch, Ms Burges had swordfish and eggplant paccheri.)

WALGA is running a major TV promotional campaign called ‘Know your Council’, aimed at raising awareness about what councils actually do, as opposed to the common belief that they are only about roads, rates and rubbish.

The current economic environment has been tough for councils, and may remain so for some time, according to Ms Burges. The state government has been shifting costs on to councils, such as removing vehicle concessions and not picking up rubbish bins on the street in country towns.

“Councils then have to decide, if they have to take on a new role do they cut something else, do they increase their rates, or say they won’t do it?” Ms Burges said.

“This then impacts on the community, and WALGA’s role is to look for alternative sources of funding for them, and advocate on their behalf when governments transfer responsibility to local governments without the accompanying funding resource.”

Away from her day job, Ms Burges sits on Mercycare board, the Murdoch University senate, Healthway board, and smaller board called Nudge (formerly The Roads Foundation, which seeks to make disadvantaged people work ready).

“Some people might think is soft, but I maintain firm boundaries,” Ms Burges said.

“My colleagues describe my style as eclectic, quirky, fun, inclusive, decisive and demanding.”

Like many CEOs, Mr Burges is not a huge user of social media. While WALGA has dedicated people running various platforms, including podcasts and e-learning, Ms Burges’s Twitter account is run for her. She is not a Facebook fan, although she uses it for keeping up to date with family.

“As far as digital goes, you need to know that not all our members have access to telephones or computers, due to the lack of coverage in some regional areas,” Ms Burges told Business News.

“Some (of them) are having to form consortiums to put towers in and gain access. We can’t assume everyone can pick up our emails or tweets.”