Michael McLean, the long-time executive director of the Masters Builders Association WA, talked to Mark Pownall on the day he announced plans to retire. 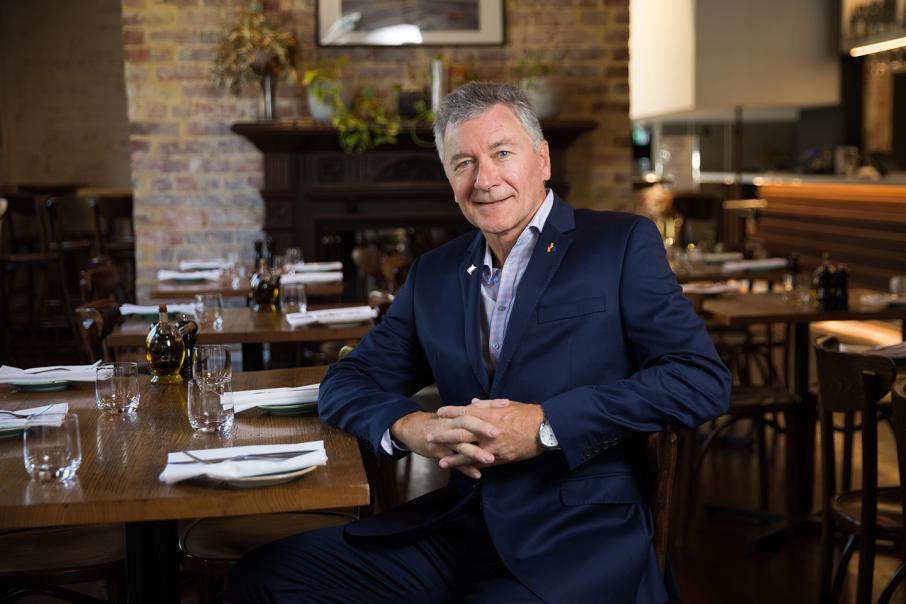 The relative industrial peace experienced in Western Australia in recent years is a stark contrast to the feisty environment that attracted Michael McLean in the early 1970s.

While that period of conflict was costly to business, Mr McLean, a leading player for decades in the Masters Builders Association (WA), has played a part in the positive changes that have taken place since.

His story starts as a youth in the spacious suburban landscape of Applecross, where he attended the local schools until his final two years, which were spent at Wesley College.

From there he considered studying law, but the requirement to spend a preliminary year in another course lured him into economics and, from there, with industrial relations on the front pages of the newspapers of the day, he pursued honours in that specialty.

In 1978, Mr McLean was accepted into the state government’s graduate employment program, and joined the Department of Labour and Industry under a Liberal government.

“I was working closely with the labour relations minister of the day, who was either Bill Grayden or (Ray) ‘Rocky’ O’Connor, and trying to give him advice with more senior people,” Mr McLean recalls.

“Most of the industrial relations in WA were within the WA Industrial Relations Commission. It was very different to today, which is more federal because of the corporations power.”

Still part of the graduate program, in 1979 he had a stint as clerk to Bernie O’Sullivan, the state’s chief industrial commissioner, a period that included a landmark maternity leave test case.

“It was the first time that the unions and the Women’s Electoral Lobby, represented by Yvonne Henderson at the time, was pursuing a general order, which meant that all of the state awards would include a provision on maternity leave,” Mr McLean said.

He recalls Ms Henderson, a deputy state high school principal, leading unionist and Women’s Electoral Lobby representative, attending court with a pram and being warned by commissioner O’Sullivan to ensure her baby did not disrupt proceedings.

Needless to say the applicants won the maternity case.

After a year in the industrial relations commission, Mr McLean decided to get some experience in the private sector, heading to Port Hedland as an industrial officer for Mt Newman Mining, primarily owned by BHP. This was a period when it would be normal to lose up to 50 days or more per year to strikes.

“In the 1980s the iron ore industry was a hotbed of industrial disputes,” Mr McLean told Business News.

“The metal workers, the AWU (Australian Workers Union), the FEDFAA (Federated Engine Drivers & Firemen’s Association of Australasia), the Electrical Trades Union were all flexing their muscles to get additional benefits for their workers.

“There were a lot of disruptions to rail journeys, port production.”

Mr McLean said workplace unrest at the time was less associated with already generous pay and conditions and more about taking advantage of the weakness of the employer’s position.

“There were a number of disputes coinciding with long weekends. When the caravan started, and the boats started getting hooked on to four-wheel drives, you knew that there was a dispute in the wind, and unfortunately there was lots of disruption in those days to try and sort out industrial relations,” he said.

Mr Mclean said it was incredible how the industrial environment in the north had turned around, especially given how much more was at stake in terms of volumes and profits.

In 1982, Mr McLean returned to Perth and took a job with the MBA WA at that time, starting what was to become a 35-year career in the construction sector.

He said one of the objectives in his role was to wean the association off the then Confederation of WA Industry, now the Chamber of Commerce and Industry of Western Australia.

Again, the history of the sector is remarkable when compared with the relatively low level of unrest these days. Mr McLean recalls that period as one during which many unions were vying to dominate sites, and archaic rules bogged down industry and made construction risky.

He cites ridiculous allowances instigated by unions, which sought to stretch boundaries in previously inconceivable ways. One instance, Mr McLean recalls, was Builders Labourers Federation national head Norm Gallagher’s claim that working close to a Chinese restaurant with food smells wafting in the air was keeping the workers’ minds off the job, and that there should be additional disability payments because of the proximity the aroma’s source.

“You’d get some ludicrous claims, but it encouraged me to be a little creative as well … so it was a bit of a game,” Mr McLean said.

As much of a game as it was in the courts there was a real cost, and Mr McLean said many businesses failed as a result of union activity, right through to the early 1990s when Interstruct’s building of QV1 was plagued by industrial action, delaying completion until after the property market had slumped.

“Look, it’s a great segue into the 1990s, because it was interesting that Yvonne Henderson, who I was talking about earlier with the maternity leave case, became the labour relations minister under the Burke (state) government,” Mr McLean said.

“She took a group of stakeholders, unions and industry people, Harvey McLeod, Master Builders’ then director, to Canada, and they were mainly talking about training initiatives.

“But it was interesting, Ron (Doubikin), who is a past president of ours and a life member nationally and in WA, was in that group. He came back and he said, ‘You wouldn’t believe it. In Canada, you’d have two building sites alongside each other, the same builder. One would be union, one would be non-union’.

“That started the seeds of change, how that could be achieved.”

The association decided to withdraw from all industry agreements via the WA Disputes Settlements Procedures Agreement, which dictated to commercial builders what they could and could not do in terms of their industrial relations practices, such as no-ticket-no-start, which allowed the restriction of worksites to union members only.

Other significant developments included entrepreneur Len Buckeridge moving his business, BGC, into the commercial sector, refusing to do deals with unions as he did so.

In addition there was the 1993 election of Richard Court’s Liberal state government, which resulted in the appointment of anti-union player Graham Kierath as the labour relations minister and the use of state construction contracts to break the cosy relationship between some builders and the unions.

“Look, it wasn’t completely peaceful in those times, but we currently enjoy the most stable industrial relations environment in the country, and I think some of those initiatives helped achieve that,” Mr McLean said.

“But at the same time, we were also providing a lot of benefits to workers.

“In 1987, WA established a portable long-service leave scheme for construction workers, and in 1989 we had a redundancy price scheme.

“So all of these things were providing workers with a lot of benefits, but the unions started to bite the hand that fed.

“Employers were saying, ‘enough is enough’.”