Manny Papadoulis headed one of the biggest tourist operations in the state until a crisis half a world away drove it under; it was a roller coaster ride, but he remains passionate about the sector. 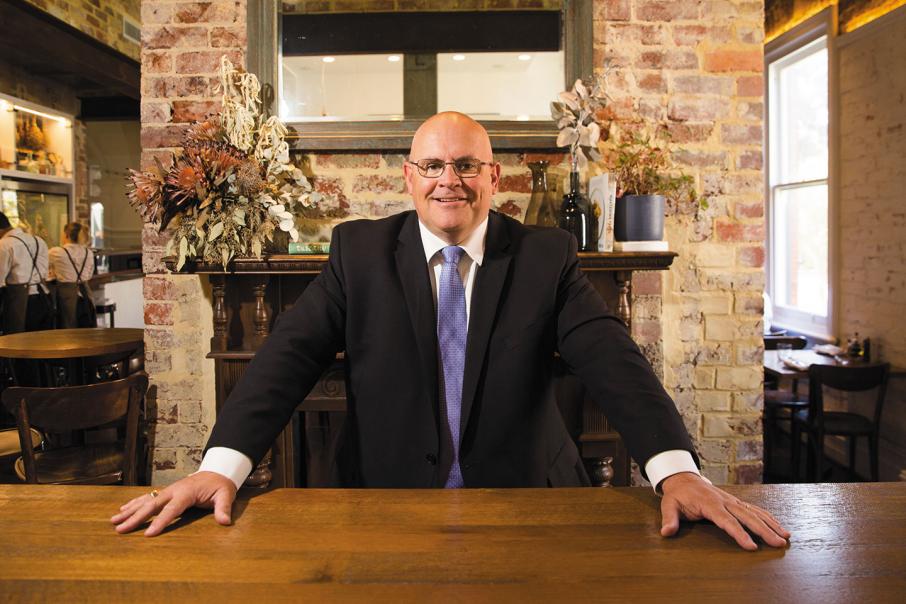 After a lifetime riding the highs and lows of the tourism business, Manny Papadoulis is convinced the sector in Western Australia is on the cusp of a great new era.

Mr Papadoulis points to new infrastructure, such as the Perth Stadium and Elizabeth Quay, a host of new and refurbished hotels, investment in Rottnest (including increased competition among ferry operators), Qantas starting direct flights to London, and a range of economic fundamentals that are converging for tourism.

“This is a once-in-a-lifetime opportunity for WA, and I suppose, all the stars have all lined up,” Mr Papadoulis told Business News.

“I haven’t seen these market conditions since post-America’s Cup.”

“We have a lot of hotel rooms, more to still come on.

“We have some luxury brands in WA, big-name brands that have come and invested in the state.

“The dollar’s come down from $US1.10, it’s still high, but it has come significantly down.”

Mr Papadoulis’s career in the sector started as a pre-teenager, helping out his dad, an entrepreneurial musician who had created a captive audience for himself by founding a bus tour called Perth By Night, which visited local restaurants and night spots.

Advised by his accountant that he needed to make more use of his asset, Mr Papadoulis’s father expanded to daytime tours and, by the mid-1980s, he had four buses operating what became Feature Tours.

Mr Papadoulis had completed his business studies and planned work in commerce outside the family business when entrepreneur Alan Bond won the America’s Cup in 1983.

Prompted by his father, he took the plunge into the family business.

While the fickle world of tourism would test his business mettle later, the late 1980s was a period of terrific opportunity, offering 20 per cent or more annual growth brought on by many of the conditions Mr Papadoulis sees replicated again today.

Along with the low dollar, there was a glut of post-America’s Cup hotel rooms and numerous new tourist attractions.

Unfortunately for Mr Papadoulis and many in the sector, it didn’t last.

He said the first major challenge was the pilots’ strike in 1989, followed by rising interest rates, which made it tough for a business with already-hefty lease payments on its bus fleet.

Added to the recession Australia had to have were the death of the Japanese emperor, the first Gulf War and the Asian financial crisis of 1997.

The Sydney Olympics were meant to generate business but instead just hoovered up every tourist for more than a month.

After the Olympics came further strife – the attack on the twin towers in New York, the collapse of Ansett Airlines and the Bali bombings all took their toll on the market, at a time of considerable competition.

Feature Tours fought for business with major rivals such as Swan Gold Tours and Pinnacle Tours, along with almost 70 smaller players.

It was around this time that his advocacy efforts started.

He said he felt an affinity for small business, which is over-represented in the tourism sector, and was drawn to join the Tourism Council WA, ending up as president.

Mr Papadoulis believes this mission ended up distracting him when the final disaster hit Feature Tours in 2003, a time when high fuel prices were putting pressure on the transport-focused business.

The SARS crisis then stopped international tourism from core markets for more then six months.

“The moment those doctors came out, and put masks on their faces, worldwide TV, overnight, we lost ... we lost 70 per cent of our business, in a 24-hour period,” Mr Papadoulis said.

Recognised a year earlier at the inaugural 40under40 awards as joint First Amongst Equals, Mr Papadoulis admits he made major mistakes that were only clearly visible with hindsight.

“The wrong thing I did was not bringing in help sooner because I thought I could fix it,” Mr Papadoulis said.

The business collapsed in October 2003 and Mr Papadoulis also ended up facing a series of personal crises.

It was a tough period, though he said it also gave him insight into business in a way that success never could.

Mr Papadoulis acknowledges the role of his joint First Amongst Equals winner, Mark Barnaba, in reaching out and suggesting he had a very strong suite of skills to put to good use in any way he wanted.

“So I started, and after a while set up Icon Tourism & Consulting,” Mr Papadoulis said.

“My aim was to, really, look after small or medium-sized tourism businesses, and not let the same thing happen to them.”

He rejoined Tourism Council WA and around the same time became chair of Australia’s Coral Coast.

“Up till then, they’d only gone to The Pinnacles, but we took them up, got them up as far as Geraldton, up to Monkey Mia, and at Coral Bay.”

Of course it would not be tourism without a challenge, and the resources boom was that, added to by a lack of vision from government.

Regional centres lost tourism assets, and industry players such as bus owners were drawn away to service the mining sector.

But Mr Papadoulis believes the Tourism Council managed to salvage a future from the wreckage.

“I suppose my biggest achievement in the last four or five years on the council, as president, was getting up the Tourism Works campaign, which the Tourism Council ran,” he said.

As bullish as he is on the future of the sector, Mr Papadoulis said he was the first to warn a new client that they have to work hard due to the unpredictability of world events.

“The only caution I’d do with those guys is to understand that it’s not like mining; it’s not a set and forget.”

It is, Mr Papadoulis says, about people, passion, and having a plan.