As part of its series of interviews with top WA business leaders, Business News joined Broadspectrum chairman and Wesfarmers board member Diane Smith-Gander for lunch at the newly opened Julio’s restaurant in West Perth. A champion of gender equity, Ms Smith-Gander shared her thoughts on topics including the WA economy, her use of Twitter, and work-life balance. 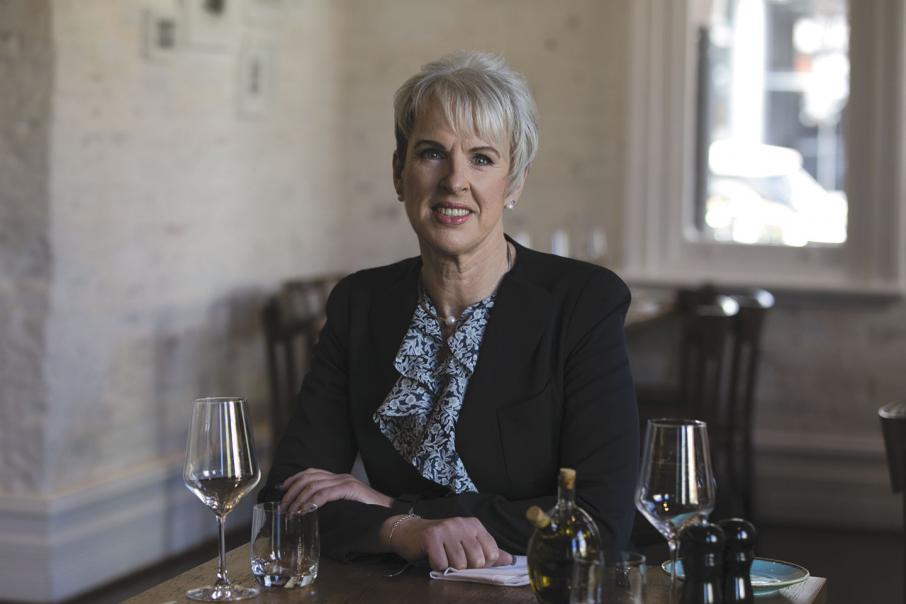 As part of its series of interviews with top WA business leaders, Business News joined Broadspectrum chairman and Wesfarmers board member Diane Smith-Gander for lunch at the newly opened Julio’s restaurant in West Perth. A champion of gender equity, Ms Smith-Gander shared her thoughts on topics including the WA economy, her use of Twitter, and work-life balance.

Diane Smith-Gander admits she showed little leadership potential at school, although there was one memorable episode.

“I was the Melville High School student union officer, and there was this cold snap. All the girls had to wear this same uniform all year round, and we were freezing, but the boys could wear jumpers and blazers. It was so unfair. So I called a protest meeting, and we had a walk out. I was suspended … so that was perhaps a (leadership) moment,” Ms Smith-Gander told Business News.

The increasingly diverse nature of business presents any number of challenges for young people choosing a career, so what advice would she give 20-somethings on climbing the corporate ladder?

“Don’t! There’s not going to be a corporate ladder. It’s more like a spiral staircase anyway – it will twist around, and is safer, as there are more places to get off and land,” Ms Smith-Gander said.

“It’s more about developing skills and experience and the contribution you can make.

“Many of them will want to start up their own businesses too. Many of the Chief Executive Women (CEW) started companies 30 or so years ago. Having an entrepreneurial piece to your career is important.”

“Moving out of Perth. It took me out of the boys’ club into an area where there was more opportunity for me,” Ms Smith-Gander said.

Ms Smith-Gander believes the Western Australian economy has much stronger fundamentals than many give it credit for, and there is huge potential in tourism, education and agriculture.

“I was in China recently, and the local TV ads show people in a high-end SUV on a beach fishing under beautiful skies. Chinese people describe a trip here as ‘a holiday for the lungs’; that’s what we should market,” she said.

“I have a wonderful assistant, Daniella, and she knows my purpose and what needs to be prioritised. My board roles have priority, then as president of CEW, I have a duty to be an advocate for gender equity. After these, there is a boundary for exercise, family, sleep and all those things,” Ms Smith-Gander said.

Unlike many corporate CEOs and board members, Ms Smith-Gander is an active user of Twitter.

“I like the engagement and feedback from the public. I have made friends from the dialogue. My advice (to other business people) is to at least be a ‘Twitter voyeur’, as it allows you to calibrate the medium and understand how it works,” she said.

“Broadspectrum knows it has to disrupt itself digitally, or someone else will. For example, we use sensors and drones where before we’d have sent someone out to check it (maintenance work). We have to be competitively bullet proof. ”

“I listen to The Economist every week while travelling, out driving or running – the entire magazine is read to me as a podcast over eight hours,” Ms Smith-Gander said.

Using the word ‘guys’ at work

“David Morrison (2016 Australian of the Year) and I have communicated directly on this question. I use the term ‘guys’ all the time, and I add the proviso that it’s non-gender specific. I use the word ‘chairman’, not chairperson or chair,” she said.

“I understand his point, and this challenges me personally. I have been moderating my language as a result.”