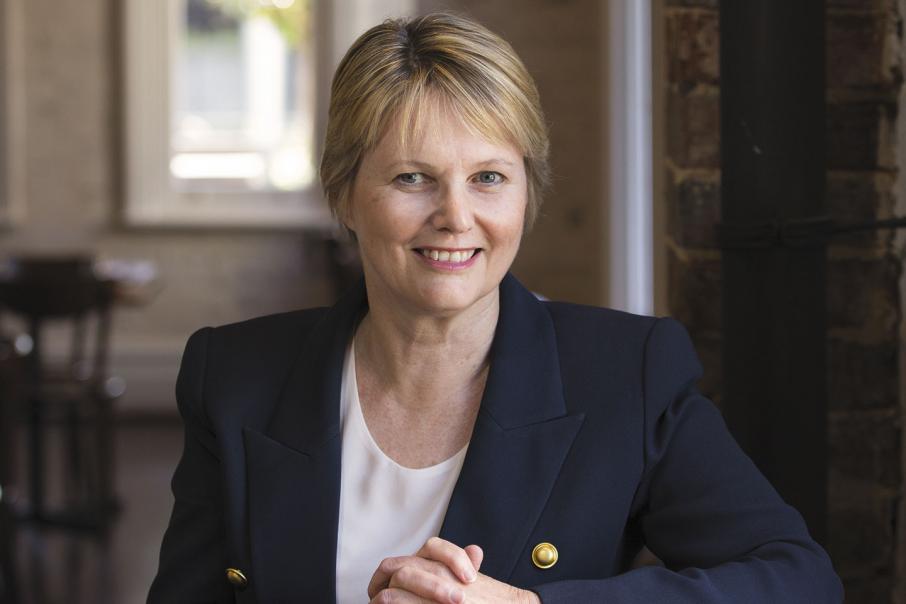 Deidre Willmott had eyes on a political career of her own. Photo: Attila Csaszar

Deidre Willmott’s forebears were among the first modern European settlers in Western Australia when they arrived in 1830; she can even count John Bussell, the man who gave his name to Busselton, among them.

Now chief executive of the Chamber of Commerce and Industry of WA, Ms Willmott grew up on the family farm in Bridgetown, and moved to Perth in the 1970s for school.

“At first, Perth felt like the end of the world, the worst thing that could happen”, Ms Willmott told Business News.

“I loved the country, the lifestyle, all my friends, and extended family. But I loved the school from day one, and I loved learning.”

She succeeded in school life, becoming head girl at primary school and winning a scholarship to St Hilda’s Anglican School For Girls, where she would also become head girl. After a gap year teaching and studying in Germany, Ms Willmott followed arts for a year in order to get into law at the University of Western Australia.

“I was interested in politics, the law and how to help people,” she said.

“At the time, if you did not do medicine, you did law.”

At UWA, Ms Willmott was the second woman to be elected president of the Student Guild. She completed her law degree in 1985, doing articles at Parker & Parker (now Herbert Smith Freehills) in 1986 with Tony Joyner, who is now the managing partner.

Meanwhile, Ms Willmott had married Michael Lishman, whom she met in her first week at university at a Liberal club meeting. Both lawyers, they decided to move to London, where they worked for separate law firms. Their first child was born in England and, on returning to Perth, Ms Willmott inquired at Parker & Parker about working part time.

“They (Parker & Parker) were fantastic,” she said.

“They realised that, as half of new graduates were women, they had to make things work for women lawyers.”

Around this time, Ms Willmott drafted new workplace agreement regulations on behalf of the CCI. When Richard Court won the state election in 1993, that document formed the basis for the legislation that radically changed industrial relations in Western Australia.

“This meant that the mining industry went from being an unreliable supplier with so much strike action to no days off due to industrial action,” Ms Willmott said.

“Rio used the legislation to put all their staff on to contracts, and they have never looked back.”

Ms Willmott was general counsel for the Department of the Premier and Cabinet for five years (1994-99), and chief of staff to Mr Court from 1999-2001, leaving that role after the Liberals’ election loss of that year.

She then moved to Melbourne with her husband, who had taken a national management role there. Ms Willmott took the opportunity to complete a masters of law, and then won a role with the Melbourne Commonwealth Games organising committee in the run-up to the games in 2006.

“The Commonwealth still has relevance,” she said.

“We have the same legal systems, speak English, share the same values, and many of the countries have enormous populations and potential.

“With the UK leaving the EU, perhaps there is chance to regrow links with Australia.”

Upon her return to Perth after the games, Ms Willmott began work at CCI as executive director, policy, where she developed new liquor licensing laws.

There was not bipartisan political support for the new laws, or agreement within the business community, with Mark McGowan (then a minister in the Gallop government) making it clear that the CCI had to lobby the Liberal Party in order to get the new regulations through parliament.

“You never know with lobbying what is going to work,” Ms Willmott said. “The hotel industry did not want the reforms, and the Liberal Party voted against the reforms in the party room.”

Sam Walsh, then CEO of Rio Tinto, spoke out in favour of the reforms, arguing that Perth needed to be a vibrant, modern city if companies were to attract the best people. Within a few days, the Liberal position had changed, Ms Willmott recalls.

Her next challenge was to take on the retail trading hours regulations, changes to which were opposed by special interests and some on the conservative side of politics, including the Nationals.

Meanwhile, amid what was an often-fractious debate, Ms Willmott had eyes on a political career of her own.

“Colin Barnett told me in November 2007 that he was going to retire, and that he hoped I would put my name forward,” Ms Willmott told Business News.

“I came to the view that being part of leading policy was something I wanted to do.”

In March 2008, Ms Willmott was elected unopposed to contest the seat of Cottesloe and take over from Mr Barnett. She left the CCI three months later but then, in August, controversial new Liberal leader Troy Buswell stepped aside. A media scrum camped outside her door all week.

“Richard Court rang me, and told me that should I proceed to have a career in politics; this was as bad as it gets,” Ms Willmott recalls.

Within a few days, Mr Barnett was re-elected Liberal leader, and so Ms Wilmott stepped down so he could fight the forthcoming election. The short-lived candidate for Cottelsoe then gave her only interview on the subject, to Geoff Hutchison on ABC radio. It was the first day of the Beijing Olympics.

“I told Geoff: ‘Imagine we are running the 100 metres and the runners are on their blocks – it’s too late to change out the runners. The election had already started’,” she said. “There was no other seat or option without bumping someone else off, and I didn’t want my political career to start that way.”

Ms Willmott rang Mr Barnett the next day to see how she could help, and he asked her to be his chief of staff. It was a snap election, and everything had to be planned from scratch. With the election called during the Olympics, the Liberals were able to get organised before the media focus shifted from the games. They took government as a result. Reforming retail trading hours was now on the agenda, as was the approval of the Gorgon LNG project.

Ms Willmott stayed for a year, before working on the 2011 Commonwealth Heads of Government Meeting in Perth, which included a Royal visit, then returning to industry, working in corporate public relations, then as director, external relations, at Fortescue Metals Group before taking on her current role at CCI in 2014.

So is a return likely for politics now Mr Barnett is expected to retire?

“I believe right now I can make a greater contribution in my job as CEO of CCI,” Ms Willmott said.

“I also have two married daughters and a grandson in Melbourne and would like to spend more time with them, so I will not be looking to have another go at politics – that ship has sailed for me. “

In such a varied 30-year career, what is her advice for others starting out in theirs?

“Be the best that you can be, every day. Take every opportunity as it comes. Build your networks,” she said.

Ms Willmott believes the WA economy will show signs of continuing improvement throughout 2017.

“The good businesses are focused on opportunities, some have gone into export markets,” she said.

“Defence, agriculture, tourism and international education are all growth areas. The general sense I get is that things are feeling more positive now than over the past three years. Since 2013, it has been really hard.”

Giving back to community is important for Ms Willmott, and she does this as chair of St Hilda’s, as well as sitting on the boards of Perth US Asia Centre and the Kimberley Foundation (promoting research into, and protecting indigenous rock art), as well as being an ambassador for the UWA Business School.

She describes her leadership style as participative and consultative. “I think respect is incredibly important,” Ms Willmott told Business News.

“Collectively, my role is to align people to outcomes.”

One of the few local CEOs to be active on social media, Ms Willmott was highlighted in a 2016 KPMG Report, which named her as one of the top 20 Australian CEOs on Twitter.

“I went on Twitter because I wanted to see what it was all about, and then over time I saw it as a platform for championing West Australian business,” she said.

“One hundred and forty characters, and they come straight from me.”