Business News sat down to lunch at Julio’s with the small business commissioner, David Eaton. 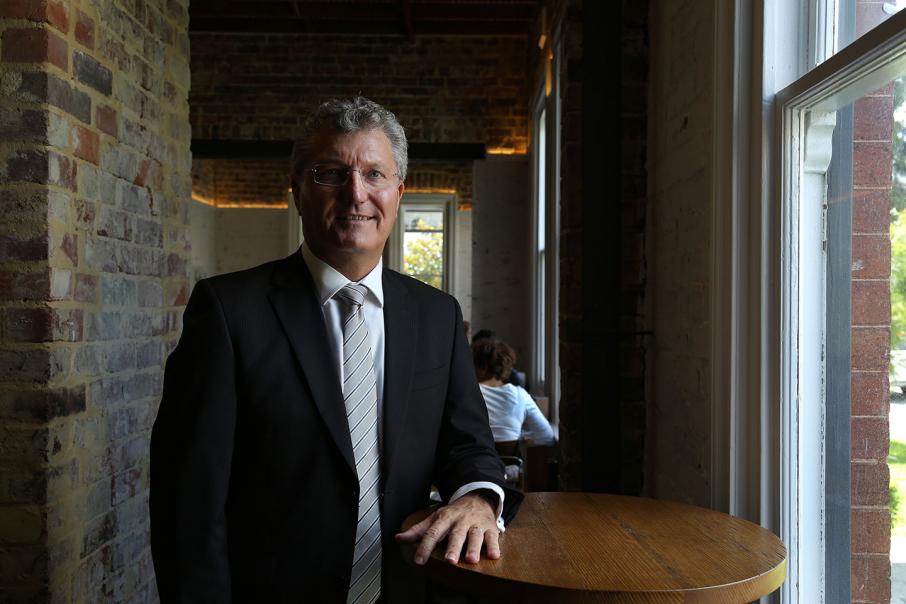 Business News sat down to lunch at Julio’s with the small business commissioner, David Eaton.

After a decade in the rag trade and 20 years at Australia Post, David Eaton took up the newly created position of small business commissioner, under the auspices of the Small Business Development Corporation, in 2012.

The role involves advocating to government on behalf of small business, leading the SBDC, and acting as an independent mediator in commercial dispute resolution.

The SBDC is a statutory body with an independent board, which Mr Eaton argues is the best model.

“I’m the only small business commissioner in the country with this three-sided role, so other states are looking at it”, Mr Eaton told Business News.

“For me, this closes the loop. We can provide information and advice to small businesses when they are starting out, help mediate if there are any disputes, and advise government based on our direct engagement with the sector.”

Mr Eaton was born in Inglewood and went to school in Mount Lawley.

“My dad worked in the same company for 43 years and worked on those massive, early computers with punch cards,” Mr Eaton said.

“My mother was what you might call an early feminist, and was awarded an OAM for her work in social welfare with underprivileged and Aboriginal women.”

He found maths and physics easy, as he was good with numbers, and said he still had a good memory for facts.

“I was physically big, so I enjoyed sport and was captain of the school footy team,” Mr Eaton said.

“I was a bit lazy and must have caused my teachers pain. I found English frustrating, as it seemed subjective, yet maths and physics were absolute – your work was clearly right or wrong.”

All his older brothers were in business at one time or another, and after deferring university and working as a bricklayer’s mate for a year, he joined one brother’s business, which was developing the first indoor cricket schools.

“We wanted to expand this nationally to Sydney, but realised Kerry Packer was about to launch into this area,” Mr Eaton said.

“So I moved into a subsidiary business, The Artisan Group, which manufactured and sold Australiana – souvenirs, T-shirts and windcheaters.”

He ended up working in the business for a decade, manufacturing in Perth and wholesaling and distributing Australia-wide. At the time Australia was tariff-protected, and the business grew from four staff to more than 50, expanding into school uniforms and ultimately into fashion.

By the time he turned 30, Mr Eaton had a young son and was back at university. He was a postman during the early hours, studying maths and physics during the day.

“This was the start of what became a 20-year career with Australia Post,” Mr Eaton told Business News.

“I never finished that degree.”

Australia Post was building the first address-matching database for the entire country and, in a similar vein to his father’s role, Mr Eaton was involved in this major computing project.

It has been widely reported that, for 200 years since its inception and up until 2012, Australia Post carried an ever-increasing volume of mail.

It then fell dramatically.

“In the 1990s, there were multiple schools of thought,” Mr Eaton said. “The flat earthers liked to say that people had been predicting the demise of mail ever since the fax machine was invented, and it was never going to happen.”

However, it was relatively easy to predict the decline, as Australia tended to lag the UK and US by about five years, and that had been the experience in those countries.

“Everyone could see what was coming. Fax did not make much of a significant difference, but email certainly did.”

He said the growth of the parcels business was well established before (recently departed CEO) Ahmed Fahour took over, which then became the focus. By this time, Mr Eaton had been WA state manager and was then made group manager commercial based in Melbourne, working with industries such as the wine sector to see how Australia Post could help the delivery side of its business.

“We were moving to a culture of customer focus with commercial outcomes,” Mr Eaton said. “We were making healthy profits in the mid-2000s, were the second most trusted brand in Australia, and were the largest employer of Aboriginal people.”

Returning to Perth in 2011, Mr Eaton embarked on his MBA at the University of Western Australia and applied for the role of small business commissioner.

“It was an initial five-year appointment. I am appointed by the governor, so this keeps it independent from the government, for at times I may have to produce reports critical of the government of the day, which I have done in the past,” Mr Eaton said.

His term expired this January and he has been reappointed for a further three years.

“The small business sector is so important; 97 per cent of business entities are small,” he said. “They provide 45 per cent of employment, and create most of the new jobs.”

A passionate advocate for the small business sector, Mr Eaton said there were numerous issues of concern for small business, rather than one, dominant area in need of improvement.

“No doubt red tape is an issue, but if we only pursue regulatory reform, we miss the real point,” he said.

“Business people don’t mind regulation per se, as it sets a standard. It’s more about the burden that the regulation process places upon the business that matters, and how that can be improved.”

Mr Eaton claims that more and more people are coming to the SBDC because they are interested in starting businesses.

“It’s not just young people,” he said. “There’s been a rise in necessity-driven small business, which might be post redundancy, while others may choose self employment for lifestyle reasons, so they can work from home.”

Mr Eaton is unequivocal when asked about his advice for the sector.

Mr Eaton said he would like to see these three things embedded in secondary school education, training schools, apprenticeships and universities.

“I have two boys at high school, and education seems to be geared towards universities or a trade – two fine pathways – but what about those who might want to start a small business?”

As for the local economy, Mr Eaton sees some green shoots, but feels people need to be more positive.

“What we need is greater confidence – both business and consumer – which will in itself stimulate the economy,” Mr Eaton told Business News.

“We need to be less risk averse.”

He describes his own leadership style as consultative and collaborative, which he admits can be slow at times, when clear direction may be required.

“With experience, you gain knowledge of when to be directive and when to consult. When I left the position as WA state manager of Australia Post, it was fulfilling to see how people had developed as leaders and they did not need me anymore.”

There is no doubt that the internet is making inroads into all corners of business, including the services SBDC provides.

“The web is a medium that people increasingly use for small business information, however our research shows that people still like to have, and benefit from, a person to ask questions of and gain advice from.” Mr Eaton said.

He uses Facebook as a personal medium, as he has a son overseas, and Linkedin to keep in touch with those he used to work with.

“I could do more, but it’s unrealistic for me to be the only ‘voice of small business’,” he said.

“Local chambers and industry groups are often better placed to know the specific challenges of their part of the small business sector.”

Rather than a voice for small business, Mr Eaton prefers to describe himself as a conduit.