Business News sat down to lunch at Julio’s with one of WA’s most successful homebuilders, Dale Alcock, who says a bipartisan political commitment is needed to drive investment and growth in the state. 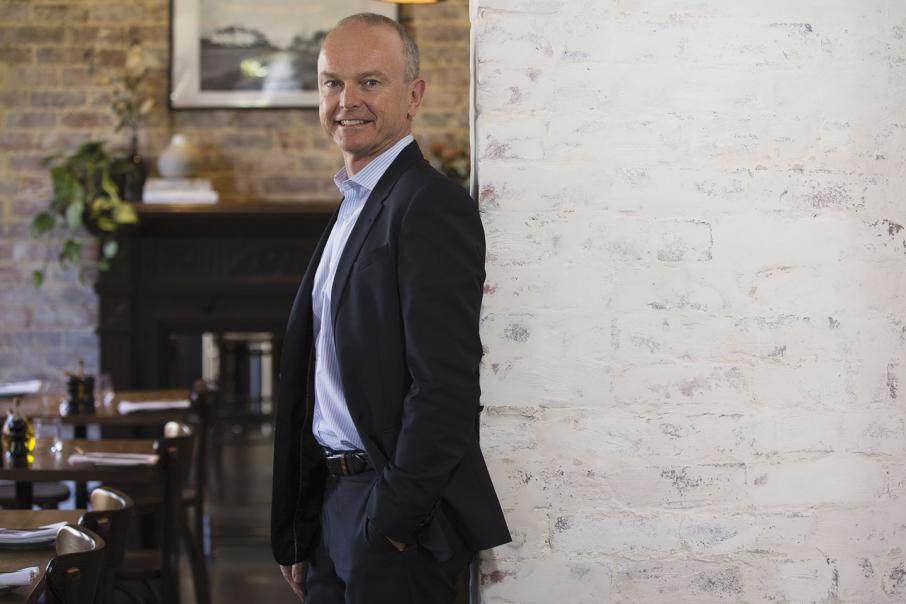 Business News sat down to lunch at Julio’s with one of WA’s most successful homebuilders, Dale Alcock, who says a bipartisan political commitment is needed to drive investment and growth in the state.

Like many homebuilders with their name on the door, Dale Alcock is acutely aware of the importance of reputation and customer service.

For Mr Alcock, his grounding in those important aspects of business was cemented during his youth, in the Wheatbelt town of Kelleberrin, 200 kilometres east of Perth.

His grandfather was a carpenter and his father a bricklayer, with (grandfather) Alcock and his (then) 18-year-old son establishing FW Alcock & Son when the family emigrated from Ipswich in England.

The business played an integral part in all parts of life.

“My father was the ‘& Son’, (which was) a small building company and building supplies business,” Mr Alcock told Business News. “Local people would turn up at our house at all hours. As long as our gate was open, we were open. If my parents were out doing something, my brother or I would jump up and help serve the customer.

“If the farmers were having a good time, there was work and optimism in the town. If there were hard times, everyone would feel it.

“Dad would work six days a week on the tools.

“He always encouraged me to come along and work with him. He would work me hard – it was a long day, but he’d always pay well. The job had to be done right.”

Mr Alcock was bright, became head boy of the local high school, and then went on to Northam High School, boarding in a local hostel. His grades were good enough to be accepted into architecture at university, but he wanted a trade qualification instead.

“The career guidance teacher at school thought I was mad (to do the bricklaying apprenticeship),” Mr Alcock said.

“It would be good to catch up and have a beer with him now.”

Mr Alcock asked his father if he could be taken on as an apprentice in the family business, arguing that he could always go to university later on. In those days, it was unusual to do a mature age apprenticeship, so he wanted to do the apprenticeship first.

“I’d met (his wife) Jan by this time and we are driving down south one weekend,” Mr Alcock said.

“I was flicking through the paper and saw a job for a two-way operator at Webb and Brown-Neaves. I’d heard of them, and they had a good reputation so I applied. It meant I’d work within a homebuilding business, rather than on the tools, and I could learn more about the business from the inside.”

Over the next few years, Mr Alcock worked closely with John Webb and Garry Brown-Neaves, doing a variety of office jobs. After a few years, he decided to leave, as he wanted to actually build houses with his father.

In between, Mr Alcock and his wife decided to take some time off and go overseas, spending several months travelling through England, Ireland and Scotland on bicycles, covering 3,500 kilometres. After returning to the family business in Kelleberrin, Mr Alcock received a phone call from John Webb.

“John said ‘Dale, come to Perth, chat to Garry and me, we have a business opportunity to discuss with you’,” Mr Alcock said.

“He rang me in the depths of winter, five in the morning. I’m getting ready, it was a miserable day. Months went by, and he rings me again. It’s December 1986, five in the morning again, this time 40 degrees, and he pitches me the job again. ‘I’m not letting go of this, you have to come to Perth to discuss this idea’. So, I spoke with Jan, and we went down to Perth to discuss things.”

“My name went on the door, which was an amazing opportunity,” Mr Alcock said. ”I had no choice (in the matter). I was told if it failed I would never get another start in Perth.”

Webb & Brown-Neaves were doing larger homes, and wanted a different brand focused on first homeowners, for the bottom end of the market, which would not affect their brand.

“Perhaps we didn’t know what we didn’t know, so we just got on with it. I think it was all about applying small town values and culture. My dad never advertised. He got the next job because of the last job. That’s the right way of doing business.”

Mr Alcock has some firm beliefs around this theme.

“You have to be true to yourself and know who you are and how you want to be portrayed,” Mr Alcock told Business News.

“I’ve always worked on the basis that a reputation takes a lifetime to build, and it can be gone in an instant. It’s also about how you conduct yourself.”

Turning to the current economic climate, Mr Alcock believes we are at the bottom of the cycle but may bounce along for a while before it starts to rise again. “Every month that goes by means we’re another month into it,” Mr Alcock said.

“It’s a cycle, the same as any other. WA and Perth (in terms of) house and land packages look pretty affordable right now.”

“Western Australia has so many natural resources, an abundance of sunshine and beautiful clear waters off the coast,” he said.

What we lack, he argues, is a clear vision for the future from government.

“I don’t see the leadership,” Mr Alcock said. “What is going to drive our economy forward? Resources will be there, but what are the other pillars? Primary production, agriculture? How about aquaculture? Tourism? Education? Health services?”

Once we know the pillars, he said, then governments should commit resources to that long-term vision in a bipartisan manner.

“Where is the place I go to that helps me move to WA?” Mr Alcock asked.

“We should have an office of state promotion, not tourism. Under the office should be short-term tourism, events, private and business migration.

“Tourism is a taste test. Tourists come here for a few days, and later they may move here.”

In the philanthropy space, Mr Alcock established a foundation that has since raised $8 million for a variety of causes. A board of trustees decides how to allocate the funds. He has also sat on various boards, and has been a strong fundraiser for the CEO Sleepout.

In business, he says, it is all about being close to the customer.

“Our customers are making a big-ticket decision,” Mr Alcock said.

“Interestingly, the first homebuyers tend to be more conservative in their purchases. They want to buy something that will be seen as normal, and re-sellable. They want that first investment in a home to work out for them. The more innovative consumers are those who are a bit older, have more money and care less about the return. They’ve had ‘all the normal stuff’ and want to break out and do some new design.”

Mr Alcock argues that technology should be an enabler and a supporter, and not get in the way of the customer.

For Mr Alcock, it’s more important to study where technology is moving, be it virtual reality headsets or robotic bricklaying, than jumping on the latest craze.

“The emergence of massive 3D printing could be the game changer,” he said.

“Walls could be a series of digital dots that could be created using new materials.”

While social media is something Mr Alcock takes seriously, he acknowledges it can be a double-edged sword.

“I do a bit myself, and there’s a team as well,” he said. “It’s a pity how some people can do anonymous damage though. We’ve had people tell us upfront how they’ll be blogging about their whole build process. There’s an innuendo there, which is unfortunate. We don’t believe we need the gun put to our head to make us do a good job.”

“If someone has taken the trouble to get to me, and I will make an effort to contact them, and see if I can help,” he said.

“Social media allows people to vent. It’s better when other people defend you, when they have had a good experience, rather than you having to do it. Reputation is what other people say about you when you are not in the room.”
After all, his name is still on the door, as it was for his father and grandfather.