As part of a series of interviews with top WA business leaders, Business News sat down for a one-on-one with Fortescue Metals Group CEO Nev Power. 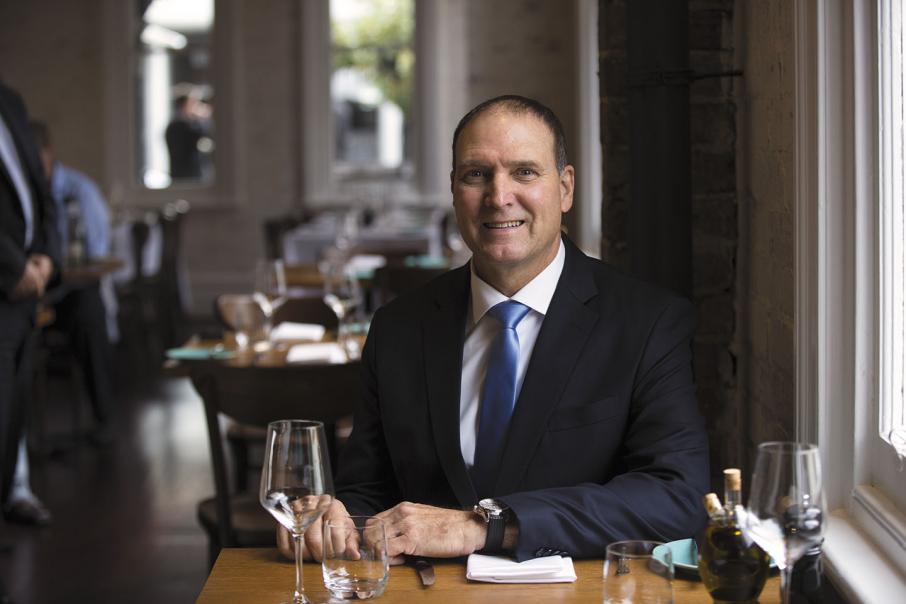 PROGRESS: Nev Power says while mining is an old-fashioned business, innovation has been vital to Fortescue’s success. Photo: Attila Csaszar

As part of a series of interviews with top WA business leaders, Business News sat down for a one-on-one with Fortescue Metals Group CEO Nev Power.

NEV Power does not do lunches very often, admitting it was a welcome novelty to meet with Business News at Julio’s in West Perth to talk about his background on a cattle station in western Queensland, the importance of innovation, and the improved position of iron ore miner Fortescue Metals Group.

“I was home-schooled and only went to three years of regular school (years eight, nine and 10) my entire life,” Mr Power said.

Leaving school at year 10, he worked as an apprentice fitter and then had an opportunity to go to university in Toowoomba, after which he worked for 23 years in various roles at Mount Isa Mines.

The first mentor Mr Power recalls was his grandfather, who had an enormous influence on his life.

“I would probably have stayed on the family cattle station, but it was my granddad who encouraged me to get a trade, and that’s what started my career in mining,” he said.

As Mr Power explains, mining is an old-fashioned business, but innovation has been key to FMG’s improved position.

“At Fortescue, we have embraced innovation. If you need it for your own ego, claim it (as yours) if you want, but go out and find the best ideas.”

He takes a counterintuitive perspective on the 2014 iron ore price collapse, saying the overall impact was good for Fortescue.

“We did not think so at the time, but it showed us how volatile the market could be and that we had to get our business in shape, which we were doing,” Mr Power said.

“We did not wake up one morning and say ‘we must cut costs’. We had been on an efficiency program well before iron ore price peaked.”

“Every new person we bring into the company changes the culture in some way; we have to explain what we are doing and why, and treat people with respect.

“Some people we have had to let go have written to me saying how fantastic it was to work at Fortescue; they were sad to be leaving but understood why it had to happen.”

Mr Power argues that mining typically experiences short sharp peaks and long, flat troughs. Inevitably there is over investment through parts of the cycle.

“And now lithium is the ‘metal du jour’.”

“We can now repay down debt, due to a strong ongoing cash position. Moody’s upgraded us from ‘negative watch’ to ‘stable’ in late June, which in today’s environment is incredible.

“We are also cognizant that the commodity cycle is at a low ebb, so how can we take opportunities? We have a fantastic iron ore business, producing 165 million tonnes a year.

“Our cash cost guidance is $13 a tonne. We’ve never had problems selling our iron ore. Iron ore futures are the third most traded in global markets.”

Most of Mr Power’s community work is associated with Fortescue's Aboriginal engagement, supporting the Royal Flying Doctor Service and Ronald McDonald House, as a White Ribbon Ambassador and around the local community in the Swan Valley where he lives on a small property where running a few horses.

“Most of our customers trade through electronic platforms, or are developing their own. It’s good – it drives out costs and speeds up transactions, and makes for greater transparency,” he said.

“On the mine sites, we use drones to survey, inspect wharfs; we use autonomous haulage trucks at Solomon. Or maintenance people have tablets, connected to our systems.”

As the CEO of one of the state’s biggest businesses, Mr Power has a vast amount of detailed information to consider when making decisions. There is some downtime, however.

“I read e-books, as gap fillers on the plane. I get most of my information online, reading technical articles,” he said.

“The last book I read was Lean In (by Sheryl Sandberg). My main takeaway was women tend to be quiet in meetings if they feel there is nothing else to add, and that can make them look withdrawn. The book explains why women need to be encouraged to chip in, build on ideas and come forward, or lean in, more. ”