Australian of the Year Ita Buttrose has offered a bleak assessment of the level of diversity in the business sector, despite decades of effort to get more women to the top of industry. 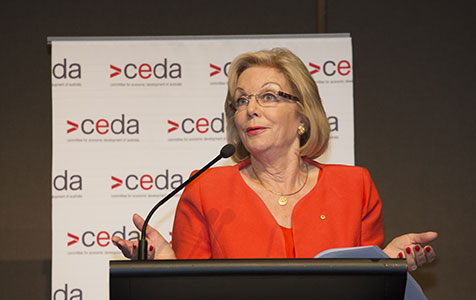 BLEAK PICTURE: Ita Buttrose warned women might be giving up on challenging men in business leadership.

Australian of the Year Ita Buttrose has offered a bleak assessment of the level of diversity in the business sector, despite decades of effort to get more women to the top of industry.

Ms Buttrose put her forthright views to a Committee for Economic Development of Australia function in Perth this week.

It was perhaps fitting that she chose Western Australia to hit out at the “unacceptable” divide in remuneration between the sexes, with the gender pay gap in this state the highest in the country at 29 per cent

Despite a snippet of good news from the legal profession this week, with three out of five new senior counsel appointments in WA being women, Ms Buttrose warned that women may simply be giving up on dreams to reach the top.

And her criticisms appear to be on solid ground.

In June, research by Business News found that, of the 265 board members listed for 38 WA-based companies in the S&P/ASX 200, just 22 were women. That equates to 8.3 per cent, a figure that would have risen to nearly 9 per cent when Sharon Warburton replaced Geoff Brayshaw on the board of Fortescue Metals Group last month, if all other things remained equal.

While that number is not far off what you would find in Canada’s top 500 companies or even the UK’s FTSE 250, if falls well short of some other innovative and vibrant economies, such as those in Scandinavia.

More importantly, the figure is not improving at a rapid rate.

“In an ideal world we’d all be truly equal,” Ms Buttrose told attendees at the CEDA function.

“Maybe men need to recognise that women do have some good ideas and, in the same way that we recognise yours, you should recognise ours.”

Ms Buttrose has been a trailblazer for female leadership by becoming the founding editor of Cleo magazine before moving on to the Australian Women’s Weekly and then taking the helm at The Daily Telegraph and Sunday Telegraph.

Ms Buttrose suggested the hard road towards leadership faced by females was resulting in some of the best candidates taking themselves out of the game.

“I have a view that a lot of women have decided that they can’t be bothered any more … a lot of women are thinking ‘if we’re never going to make it up to the top and continuously be blocked … (instead) I’ll go and run my own business and do it my way’,” she said.

“I think what’s happening is we’re losing a lot of really talented women out of the corporate sector, and that’s not in Australia’s best interests.”

Rather than pointing the finger at those female candidates for lacking ambition, however, Mr Buttrose said change needed to occur from the top down, with the handful of female leaders championing the cause.

“All of these issues are leadership issues – we have to decide what sort of a country we want and how we’re going to make it brilliant and productive,” she said.

Ms Buttrose also took the opportunity to throw the light on increasing ageism in the workforce, where the productivity of older workers is often overlooked – but did so with good humour.

“We need (older Australians) to work, we need their taxes,” the 71-year-old said.

Ms Buttrose, who is president of Alzheimer’s Australia, and said there were plenty of opportunities for the not-for-profit sector, but they needed to consider themselves as businesses.

Ms Buttrose was named the 2013 Australian of the Year in January.