Western Australia’s sudden descent into a five-day lockdown after the first local case of COVID in 10 months has proven problematic for the state’s hospitality and retail sector. 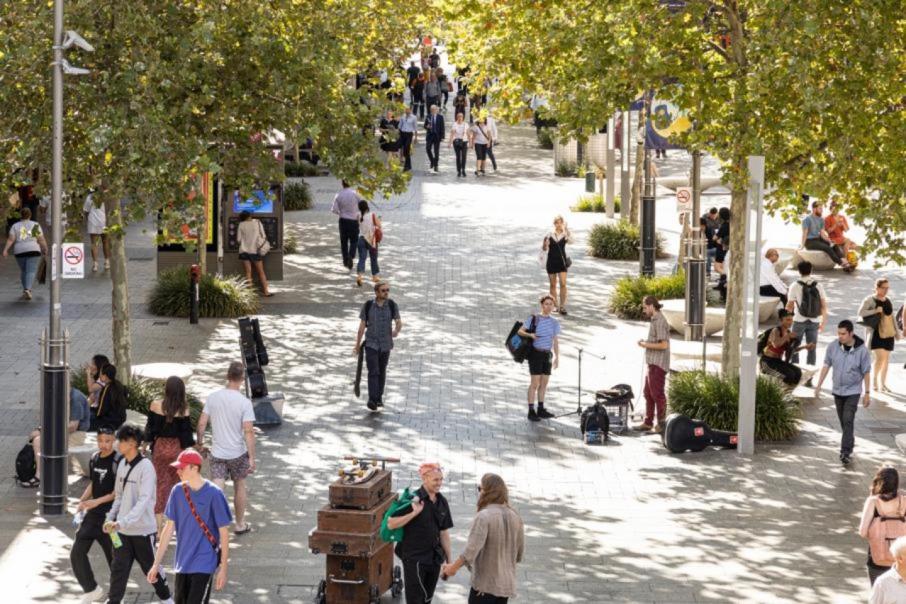 The imposition of a five-day lockdown after Western Australia's first local case of COVID-19 in 10 months has proven problematic for the state’s hospitality and retail sectors, with many businesses forced to close with just four hours' notice and confusion over what constitutes an essential service.

The state government enforced a lockdown for the Perth metropolitan, Peel and South West regions on Sunday evening after a hotel security guard working at Four Points by Sheraton in Perth’s CBD tested positive for the UK strain of the virus.

Though shopping centres across the three regions were packed with customers hoping to stock up on goods in the hours after the announcement, most have been empty since.

All non-essential services, including restaurants, cafes, beauty salons and retailers were forced to close with four hours' notice and, in the days since, reports have emerged of some businesses having to dispose of fresh goods in bulk and others remaining open as they had done last time, only to be shut down by police.

While the Chamber of Commerce and Industry WA has indicated its support for the short and effective lockdown, a spokesperson for the organisation confirmed that it had been fielding a lot of phone calls regarding the lack of clarity in the state government’s lockdown regulations.

Mr Kailis said he agreed with the government’s decision to initiate the lockdown and said directions for small businesses were mostly clear.

Senior team members, including head chefs and operations managers, have been working to shutdown the venues over the past two days and would hopefully be working on Friday, he said.

“Technically, touch wood, they are only having a few days off,” Mr Kailis said.

Unfortunately, given the quick nature of the announcement, the group’s perishable foods had to be put in the bin, which Mr Kailis said was costly.

“Fortunately it was on a Sunday and it was the end of what was a very busy period in terms of coming out of that Christmas period so our stock was low compared to what it would’ve been mid-December,” he said.

“Looking from a glass [half] full perspective, it wasn’t that bad but it’s still not great; there’s nothing we can do to recoup those costs.”

“We were prepared and ready so it was a lot easier to transition into takeaway only this time,” Mr Aaron said.

However, he said people were staying at home more over the past two days than during the last lockdown.

Mr Aaron said there was uncertainty in the industry because it was unclear how long the lockdown would go on for and if financial support would be provided.

“No-one is sure about what support there will be if it goes on for a long time,” he said.

“I guess that’s where the uncertainty comes from.”

Mr Aaron said missing out on cash flow during this week was difficult but said his business could sustain a longer lockdown.

“Last time we traded well as takeaway and most of our landlords were good,” he said.

“Given that scenario, we could survive indefinitely at Mary Street.”

Applecross-based male waxing salon His Grooming owner, Sabra Syed, said she was not prepared to close for a couple of weeks, with several larger expenses due this month.

“I thought I would be fine but now everything is going out and nothing is coming in,” Ms Syed told Business News.

Ms Syed said she was expecting a rush of bookings this week as people returned from their holidays for the school year.

She was worried because even if the lockdown ends on Friday, it might take people a while to go to the beautician again.

While the WA Liberals are supportive of the lockdown, small business spokesperson Alyssa Hayden said there needed to be better communication between the businesses forced to close and the government.

Mrs Hayden said she had received a high volume of queries from stressed and confused business owners seeking advice in the past 48 hours.

“The priority at the moment is making sure West Australians are kept safe, so the Liberals support the decision of the chief health officer,” she said.

“Hopefully, it’s a short, sharp lockdown and our small businesses who are closed can reopen on Saturday.

“The Labor government should have provided far greater clarity around which businesses could stay open and which had to close during this lockdown.

“There is far too much confusion, which is adding to the stress on the mums and dads who are running these businesses.”

Mrs Hayden said a retail business providing residential gas bottles to homes without their own supplied gas was shut down by local police during a visit to its premises.

The business had remained open as an essential service.

“After I followed up with the local police, they advised that the business could continue to sell the gas bottles, provide delivery, or allow pickups, as long as no-one was inside their store doing other shopping,” Mrs Hayden said.

“Surely this advice could have been shared with them at the time, allowing them to comply, instead of shutting them down.

“I sincerely hope that we don’t see businesses fined for opening through a lack of direction and clarity.”

During a press conference earlier today, Premier Mark McGowan would not be drawn on whether business owners could expect the lockdown to be extended, but said the state government was in the process of considering whether it could compensate those affected.

“My expectation is that [the lockdown] will go for five days,” he said.

“I know that malls are empty, I know that a lot of people are suffering, but I just don’t want to see a recurrence like we’ve seen in other places like the UK.

“We’re currently considering that [compensation for businesses] and what we can do, but we’re dealing with a lot of things at once.

“I expect that we will have more to say about that later this week.”