Burley sports company muscles up for the cup

THE Rugby Union World Cup is being hailed as a boon for tourism, a major drawcard for business leaders and an opportunity to sell Australia to a television audience in the billions.

THE Rugby Union World Cup is being hailed as a boon for tourism, a major drawcard for business leaders and an opportunity to sell Australia to a television audience in the billions.

But for Western Australian company Burley Sekem the sporting event is a major opportunity to showcase its products to the rugby world.

Over the next few weeks, the company’s Sekem brand will be splashed across the jerseys worn by the Tongan national side, allowing it to share centre stage with some of the sport’s best known sponsors.

So important is this event that Burley Sekem is sending one of its favourite sons – sponsorship and licensing manager Lee Bodimeade – to Queensland on a one-way ticket to promote the company in that rugby heartland.

Burley Sekem director sales and marketing Ed Cunningham said the Tongan sponsorship offered a huge opportunity for the company, which had spent 10 years getting its name into the rugby market.

“It is a very competitive marketplace and for us to be part of the third biggest sporting event in the world when competitors are not getting that exposure and credibility, we think that gives us an edge,” Mr Cunningham said.

“For Tonga to play the All Blacks in Brisbane, that is a huge game and it helps enormously in the marketplace to have one of the teams kitted out in Sekem gear.”

With that sort of marketing opportunity in play, it is perhaps unsurprising that the company has sought to maximise the decision of Mr Bodimeade to return to his east coast roots.

After more than a decade in Perth, where he originally arrived in 1980s to play hockey with the Australian Institute of Sport, the Olympian is looking at settling down in rugby territory.

“At this stage I am going over there to capitalise on the investment in the world cup,” Mr Bodimeade said.

He said he was not sure just what form the arrangement with Burley Sekem would take after the world cup was finished, but he believed a link with the company would remain.

Such a development would fit with the growth of Burley Sekem in recent years.

More than 20 per cent of its sales are now in the rugby heartlands of Queensland and NSW.

Bassendean-based Burley Sekem’s history goes back almost a century, with the company’s name reflecting the merger of the 96-year-old Burley business with 80-year-old Sekem operation in 1983.

Burley is best known as a manufacturer of Australian Rules footballs and cricket balls, while Sekem is the apparel brand. Sekem is also strong in those codes but has carved out deals with soccer, hockey and rugby union teams.

Apparel licensing varies from arrangements with various leagues, such as the AFL, where it has a licensing agreement to produce scarves and beanies, to individual clubs to produce their uniforms – a growing export business.

Rugby is particularly good for that and the company decks out clubs through the Asia-Pacific region and as far away as the UK.

Not that it’s all about abandoning its Australian Rules heritage.

Mr Cunningham said exports were growing there too, particularly through the US Australian Football League.

“In the US there are 40 clubs and the game is proving very popular – it has actually worked quite well,” he said. 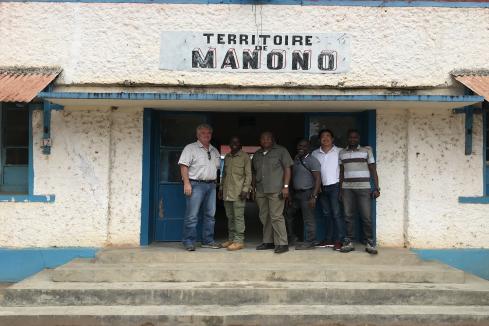 AVZ moves ahead with planning for giant lithium project