It's a case of 'where to now?' for the start-up sector after funding cuts in this month's federal budget. 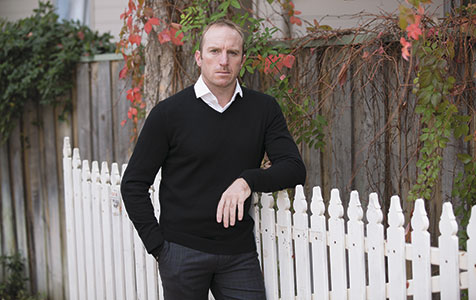 It's a case of 'where to now?' for the start-up sector after funding cuts in this month's federal budget.

Business News was on the money in its April 22 article ‘Start-ups stall as capital cools’ regarding the likely axing of federal programs for start-up funding in the Abbott government’s first budget.

On May 13 Treasurer Joe Hockey announced that the main funding vehicle, Commercialisation Australia, and several other government programs would be axed to save an estimated $847 million. They will be replaced with a new $484 million scheme, the Entrepreneur’s Infrastructure Program.

There is very little detail about what this new program will do. In the meantime, all Commercialisation Australia applicants have to abandon their quest for funding after January 1 2015.

The effects of the budget announcement have been immediate, with several Western Australian companies hit by the closure of Commercialisation Australia.

Mount Claremont-based JKP International has been developing a semi-home automation system where electricity, water and gas can all be monitored and controlled remotely using phone apps and a cloud-based software package.

JKP was applying for up to $500,000 in Commercialisation Australia grant funding out of a total $2 million project cost. The delay has caused the project to stall for about for eight months and lost JKP opportunities in emerging international markets.

“Our application was a resubmission, as the original in July 2013 was recommended by the committee but didn’t get funding as the federal election paused all funding in September. I was encouraged to resubmit for the December meeting, which was duly done in October 2013.”

Then everything went quiet. Last week, Mr Adams received formal notice from AusIndustry stating that JKP’s funding application had not been approved and the program was closed.

“I have now lost all inclination to apply for further grant funding due to the total lack of transparency and communication during the process,” Mr Adams said.

Atlas Pearls and Perfumes CFO Stephen Gleeson was another frustrated with the system and ongoing uncertainty about its future, telling Business News last month the company had been severely hampered by the delay in its grant process.

However Atlas has since heard it has been awarded $1.1 million in funds from Commercialisation Australia which, among other things, will allow the company to help commercialise its aqua and agribusiness interests, including a revival of the boronia industry, assisting WA farmers to generate new revenues.

“We thank Commercialisation Australia for its support of this worthwhile and important project … and will leverage these funds to create a new export industry for Australia,” Mr Gleeson said.

Calico is another firm to have benefited from Commercialisation Australia funding. Its founder Jack Owens, said while the grant had been integral to his business’s growth and development, that the withdrawal of the funding model was a flawed decision.

“In our case the CA program and mentors were fantastic,” Mr Owens said.

“It considerably sharpened our model and the grant helped fund Calico’s Australian software (that’s) now used in over 50 countries.

“(However) I think the reduction of funding for Australian innovation is incredibly short-sighted.”

Other startups in Perth have also lamented the ending of Commercialisation Australia.

Boundlss co-founder and director Jonah Cacioppe is closer than many to the machinations of grants funding, having been commissioned to report on the local start-up funding scene last year.

“Our report showed that Commercialisation Australia was critical in funding over half the most innovative companies coming out of WA over the last five years, and that their money brought in additional funds from private and venture capital sources,” Mr Cacioppe said.

With sector grants funding having taken a major hit in the budget, how the new commitments under the Entrepreneur’s Infrastructure Program will be introduced remains unclear.

The budget papers have this to say: “[the program will] focus on supporting the commercialisation of good ideas, job creation and lifting the capability of small business, the provision of market and industry information, and the facilitation of access to business management advice and skills from experienced private sector providers and researchers”.

Fine words, but what will this mean in practice? Even Industry Minister MacFarlane could not provide any detail. Instead, he mentioned a “consultation” process with “industry stakeholders”, which is to happen sometime after July.

The federal budget didn’t stop there in terms of disappointments for start-ups, however. As reported in ‘Start-ups seek options on tax’ (Business News, March 17), there was pre-budget optimism in the sector that start-ups would be allowed to provide employee share options without creating an immediate personal tax liability.

The budget failed to address the issue, however.

Furthermore, the R&D tax offset (perhaps the only government system that can provide cash for startups) has been reduced, linked to the reduction in company tax rate of 1.5 per cent.

So it’s not very good news for start-ups all round, and the hope now is that the Entrepreneur’s Infrastructure Program will develop into something meaningful, albeit with a budget significantly smaller than the programs it replaces.

Charlie Gunningham is an internet entrepreneur and is the GM of Digital & Events at Business News.