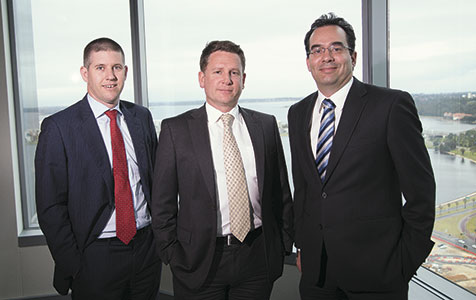 Private players are lining up to secure a greater share of WA’s residential water supply business.

The investment will bolster Water West’s bid to position itself as an alternative to Water Corporation in new residential developments in WA.

Details of the deal have not been made public but it’s understood Brookfield and Azure are equal, major shareholders, with the residual interest held by management.

It’s understood Brookfield bought out GFR’s shareholding in Water West after the Pilbara infrastructure business fell victim to the slowdown in the mining sector and called in the administrators in March.

Water West’s initial focus is on residential subdivisions, having already secured a contract with Silversun Corporation to design wastewater and potable water infrastructure at its North Dandalup project.

Australian Securities and Investments Commission records show Silversun is majority owned by interests associated with the Kargotich family as well Chistopher Gray’s Cairnfield Holdings, however, the project will be managed and marketed by Property Edge.

The Dandalup land sits 22 kilometres east of Mandurah and has the potential to support up to 2,750 lots if an adjacent property is also developed.

It’s typical of the land holdings Water West will target in this initial stage of its development – large residential parcels that sit beyond the urban boundary.

In many cases the developers that hold these properties incur considerable costs and even costlier delays in securing access to the Water Corporation’s infrastructure.

Water West’s business is based on an innovative but proven technology to recycle grey water as well as access artesian water sources for drinking water.

The grey water recycling technology harnesses the combination of a microfiltration membrane and a bioreactor to produce a high-quality stream of water for use outside the home.

This process is all undertaken in a plant of just 1,000 square metres.

Brookfield’s investment in the business will further bolster Water West’s capacity to fund a portion of the upfront infrastructure costs for these projects, reducing the burden on the developer and giving it the firepower to pursue acquisitions of existing water infrastructure.

Brookfield Infrastructure is a majority shareholder in a similar business in NSW, Flow Systems, which now provides water services to nine communities in and around Sydney and has diversified into building development and water systems for high-rise projects.

“We saw Water West as an entry into the WA market with an embryonic business that had strong local knowledge,” Mr Cook told Business News.

“The core of this business is residential subdivision water solutions, but what we have seen from our investment in Flow Systems on the east coast is that you develop your business around the subdivisions and build your capability to look at other opportunities.

“Once you’re in the market, people start to see that you have credibility, you’ve got significant financial backing and technical skills and as you build those developments out you establish yourself as the alternative provider.

“We are positioning for the platform to grow with the WA water market as it matures.”

There are currently 32 licensed water service providers in WA, including the Water Corporation and the Busselton Water Board. In metropolitan Perth, however, Water West is the only business with a licence to provide drinking water and sewerage services.

But the state government’s new water laws, which came into effect last year, are expected to increase private participation in the sector and broaden the range of services provided by existing operators.

Water West is essentially a private utility operating in competition with Water Corporation, but in many instances it’s servicing sectors of the market Water Corporation cannot easily or cost effectively reach.

And it’s an end-to-end service, not just a technology or construction company.

Water West will provide design and construction services, as well as operation of its facility and the full suite of customer services, such as billing.

The growth opportunities will flow once Water West has established a brand and proven its credentials, according to managing director Jeff Strahan.

“Water is quite a diversified area, you don’t quite know where opportunities that are related to water will take you,” Mr Strahan said.

“We are nimble, we are adaptive, we are positioning ourselves to seriously think about any of those opportunities.

“There are a lot of opportunities out there, we have embraced many already and we know that many others will reveal themselves to us over time as long as we are in that space.”

Chairman and Azure director Richie Baston was reluctant to set hard growth targets for Water West but was confident it would pick up a handful of 1,000-2,000 lot projects a year.

“It’s a slow-moving industry, so you can’t have unrealistic expectations of moving to an operational phase quickly because developments by their nature are slow moving projects,” Mr Baston said.

“We are committed to becoming a fully fledged operational utility with reasonable scale over the coming years.”

The ultimate goal for Water West is to build a strong pipeline of lots and, by association, customers over the long term.

Water West currently operates out of Azure’s offices on St Georges Terrace, reflecting the recent history of the business, which was carved out of the recapitalisation of Port Bouvard in 2013.

Port Bouvard set up Peel Water to secure a water licence to supply drinking water and treat wastewater at Point Grey on the southern side of the Peel Inlet.

This was a cost-effective alternative to an up-front cost of about $45 million and ongoing charges of about $16 million to connect the relatively isolated landholding to the Water Corp’s drinking water and sewage infrastructure.

Mr Strahan said the solution Peel Water proposed came with a price tag of about $15 million.

Port Bouvard was hit hard by the GFC, leaving Peel Water adrift with a concept but without a supportive shareholder.

Mr Campbell has joined the advisory panel following Brookfield’s investment in the operation.