Bringing back the high street 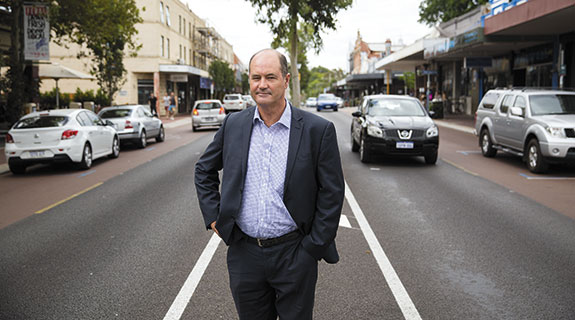 Food and beverage operators are leading a revival for high street retail property, with Beaufort Street, Oxford Street and Albany Highway buzzing, and depressed centres Rokeby Road and Bay View Terrace tipped to be on the way back.

Realmark Commercial executive director Mike Rowe said the widespread negative sentiment, particularly in the office part of the commercial property sector, was certainly not being felt in key retail centres.

Mr Rowe said retail rents were actually rising in prominent hotspots, Beaufort Street and Albany Highway in particular, which had a good mix of local retailers, small bars and cafes, and other food and beverage offerings.

“You have to have a combination of eateries and retail to provide a full offering of what the public’s after,” Mr Rowe told Business News.

Colliers International retail manager Ben Tana agreed that a balanced offering was key to creating a destination to attract shoppers, with an upcoming restaurant proposal on Bay View Terrace expected to be a major catalyst for rejuvenation of that strip.

“It doesn’t have to be all food and beverage, it just has to have a couple of offerings that activate the areas and create an atmosphere for people to hang out there and meet rather than just going shopping, and on the back of that you can get some great brands,” Mr Tana said.

While the Beaufort Street and Oxford Street strips have been had a healthy tenant mix in recent years, much has been written about vacant stores along Bay View Terrace in Claremont and Rokeby Road in Subiaco.

“The opportunities that you can look at on Rokeby Road today are not that far apart on an occupancy cost basis as somewhere like Beaufort Street.”

A development application was lodged in November for the long-awaited redevelopment of the Subiaco Pavilion Markets site, into a mixed-use project containing more than 300 apartments and 18 speciality shops.

Another project that has gotten tongues wagging in the suburb is the $80 million redevelopment of the Station Street Markets, which is mooted to include a Coles and Target-anchored shopping centre.

“It’s not necessarily everyone’s cup of tea, but it is a conversation about stuff that’s happening,” Mr Olde said.

“The conversation is about progress, not about what’s not happening.”