Bring all lobbyists into the open

The NSW and WA governments should follow through on commitments to make lobbyists fully accountable. 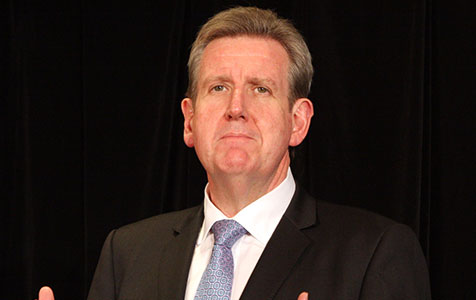 CUT SHORT: Barry O’Farrell fell on his sword last month after failing to disclose he had received an expensive bottle of wine from a lobbyist.

The NSW and WA governments should follow through on commitments to make lobbyists fully accountable.

Politicians treading the turkey-to-feather duster path can make gripping newspaper copy, but it’s easy to overlook that it is also a personal tragedy – as the sudden fall last month of NSW premier Barry O’Farrell clearly showed.

A question worth asking, is what should have he done to ensure his political career would not implode?

Returning it ensured that Mr O’Farrell avoided becoming a potential blackmail victim if a third party learned that such an expensive and unreported gift was received.

Whether the Grange was for Mr O’Farrell’s 2011 election victory or a birthday present was irrelevant.

It is on the record that plans were being devised by Sydney “door openers” to ensure others, besides disgraced one-time Labor minister Eddie Obied and his family, were enriched by a mere cabinet minute being ticked.

As readers of this column may recollect, regular arguments have been made since early 2002 that all lobbying activities should be fully disclosed to the public.

Lobbying across Australia is undertaken behind closed doors.

And, until that is outlawed, we will continue having scandals and embarrassing revelations, followed by resignations.

But back to Mr Farrell.

If you log on to ICAC’s website and go to its publications and resources section you will note that three reports were released before Mr Farrell’s 2011 election win.

And in November 2010, another: Investigation into Corruption Risks Involved in Lobbying (Operation Halifax).

The message was crystal clear; NSW had grave problems with secretive lobbying, ones needing root and branch reform.

It was a similar situation in Western Australia, where the Alan Carpenter-led Government imploded because of its bungled policing of lobbying.

Yet, six years on nothing has changed.

For this columnist, the most significant lines in the three NSW reports highlighted above are found in the November 2010 paper.

Number five reads: “Lobbyists enter (their) lobbying details online in the month and year that lobbying activity occurred, the name of the senior government representative lobbied, and, in the case of third-party lobbyists, the identity of the client for whom the lobbying was done.”

The report’s lead recommendation states: “The commission recommends that the NSW government enacts legislation to provide for the regulation of lobbyists, including the establishment and management of a new Lobbyists Register.”

However, NSW, like WA, still has lobbyists or “door openers” not being required to provide “lobbying details online in the month and year that lobbying activity”.

Both states have instead adopted a weak requirement for some (but not all) lobbyists to register, which is essentially the obtaining of a licence, after which they continue lobbying clandestinely.

Mere registration, the obtaining of a licence, is camouflage to make it appear something has been done when in fact it’s a meaningless move without requiring truthful disclosure of all lobbying.

ICAC’s clear recommendation to “enter lobbying details online in the month and year that lobbying activity occurred, the name of the senior government representative lobbied …” was thus deliberately sidestepped by the O’Farrell government, just as that requirement remains ignored by the Barnett government.

In Perth and Sydney, and all Australian capitals, including Canberra, lobbyists are not required to disclose who they have lobbied, about what, why and what they were paid, all crucial full disclosure ingredients.

The absence of these crucial details makes licensing of lobbyists meaningless, since clandestine lobbying survives.

Lobbyists keep their activities secret from the public, something that should have been banned decades ago.

Where should we – meaning NSW and WA especially – go from here?

New NSW premier Mike Baird should ensure the November 2010 ICAC report’s first recommendation is implemented by requiring all lobbyist to fully disclose their activities monthly, including disclosing “the name of the senior government representative(s) lobbied”.

And Mr Barnett should promptly revisit his 2008 election eve promise and honour his undertakings, not continue sitting on his hands hoping voters would have forgotten them.