The release of limited-edition beers to mark International Women’s Day will highlight opportunities for women in the male-dominated industry. 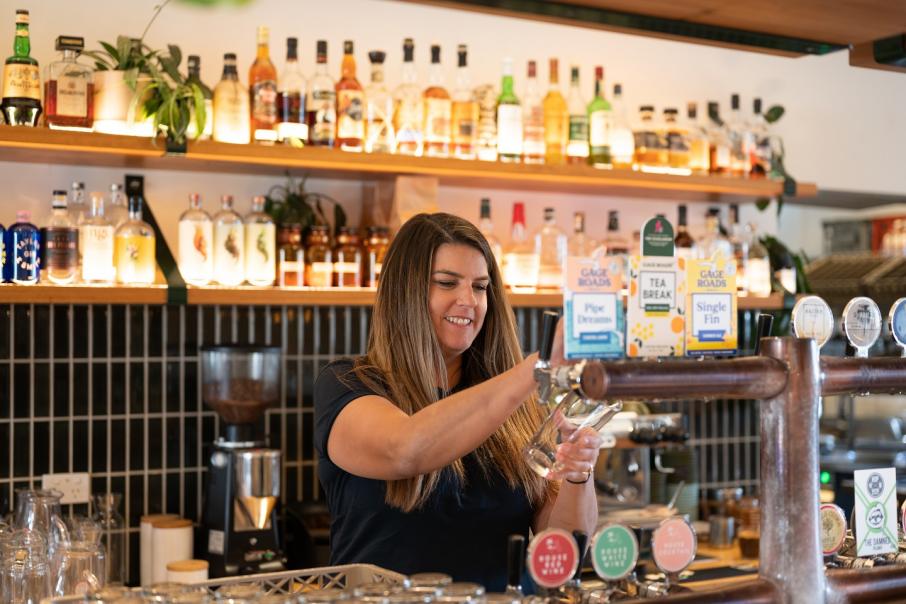 Bec Lauchlan says as craft beer’s female consumer base grows, it is even more important to have women behind the products. Photo: David Henry

The not-for-profit society is joining several Western Australian breweries and organisations, including Gage Roads Brewing Co, in spreading the word about women working in the beer industry, hoping to encourage younger women to see it as a viable career option.

Formed in the US a little more than a decade ago, Pink Boots is following in the footsteps of women throughout much of recorded history, who were traditionally responsible for beer production.

A 2016 article by Pink Boots Society historian Tara Nurin detailed how beer was brewed by women in millennia past.

The article, ‘How Women Brewsters Saved the World’ in North American publication Craft Beer and Brewing reported that the world’s first barley beer was brewed by women in Mesopotamia, in modern-day Iran and Iraq.

However, thousands of years later, once output could be scaled, men started to take control and monetise production.

That gender dynamic has largely gone unchanged for many years, but women have always maintained a productive presence in the industry.

The group will produce kegs to be sold at breweries around WA, including at Nowhereman Brewing Co, Eagle Bay Brewing Company, and Little Creatures.

Part proceeds from the sale of the beer will go towards Pink Boots Society’s fund, which will be used to pay for scholarships for women to attend brewing conferences to further their education.

“It’s a chance to connect and network and also shine a bit of light on what is generally a very male-dominated industry; but that’s changing every year as more and more women come into the industry across all different parts of the community,” Ms Poynton told Business News.

She said women from different parts of the industry came to the event, from operations to marketing, ownership to lab work.

“You end up leaning on each other a bit as resources, particularly when you are coming from smaller breweries where your team might only be a handful of people.

“It’s good to have other resources outside that you know you can go to, whether that’s for advice on the role you are in or where you want to go in the future.” 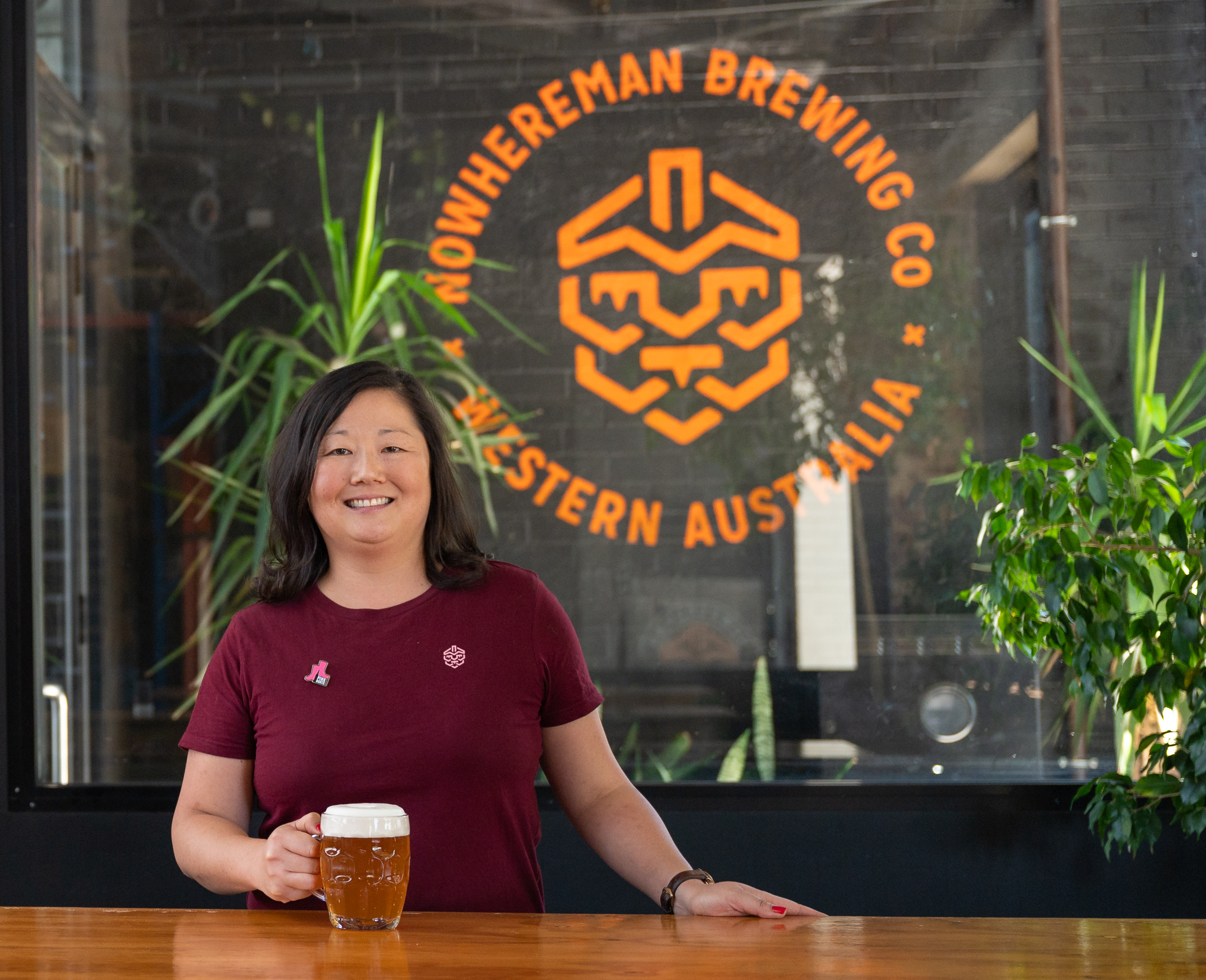 Brand manager Bec Lauchlan, quality manager Clare Clouting, brewer Simone Clements and designer Sophie Osborn were involved in the making of the new brew, which has been named Tea Break.

“We knew from the outset we wanted to make it bigger and better in the years to come,” Ms Lauchlan told Business News.

“This is our second year we are doing it, this year it’s going to be available nationwide and we also wanted to partner with a foundation or run an initiative to support it that harks back to the intention of what the project was.

“What we wanted to do with this year was drive visibility and exposure of the beer industry overall and of Gage Roads as a brand and a business, with the intention of encouraging diversity and bringing women into beer.”

This year, about 80 kegs will be distributed to bars in Perth and some kegs will be sold on the east coast from March 8.

A total of $10,000 in proceeds from the sale of the beer will go towards Pink Boots Society’s fund.

She said it was refreshing on a hot day, but the tea flavours and malt character made it nice to drink in cooler weather as well.

Ms Clements hoped the beer would normalise the beer industry as a career path for women.

“I think that we just need to get the word out and show people and young women that being a brewer can be a really great interesting career option,” she said.

“That’s what part of the International Women’s Day beer is about really, showing that we are out there, women making beer and trying to get the word out.”

Originally an environmental scientist, Ms Clements got a taste of the industry when she did work experience at a brewery overseas.

“When I got back to Perth, I saw the job advertised at Gage for a quality officer position, so in the lab, which was quite in line with my background,” Ms Clements said.

Of the 30 people on the production floor, Ms Clements said only two were women.

“[It’s] definitely more balanced in sales and marketing, but for actual operations on the floor is definitely heavily male-dominated at our place at least,” she said.

“More women are getting interested in craft beer and that leads to more people wanting a career in brewing as well, so it’s slowly getting there but we still definitely have a way to come.” 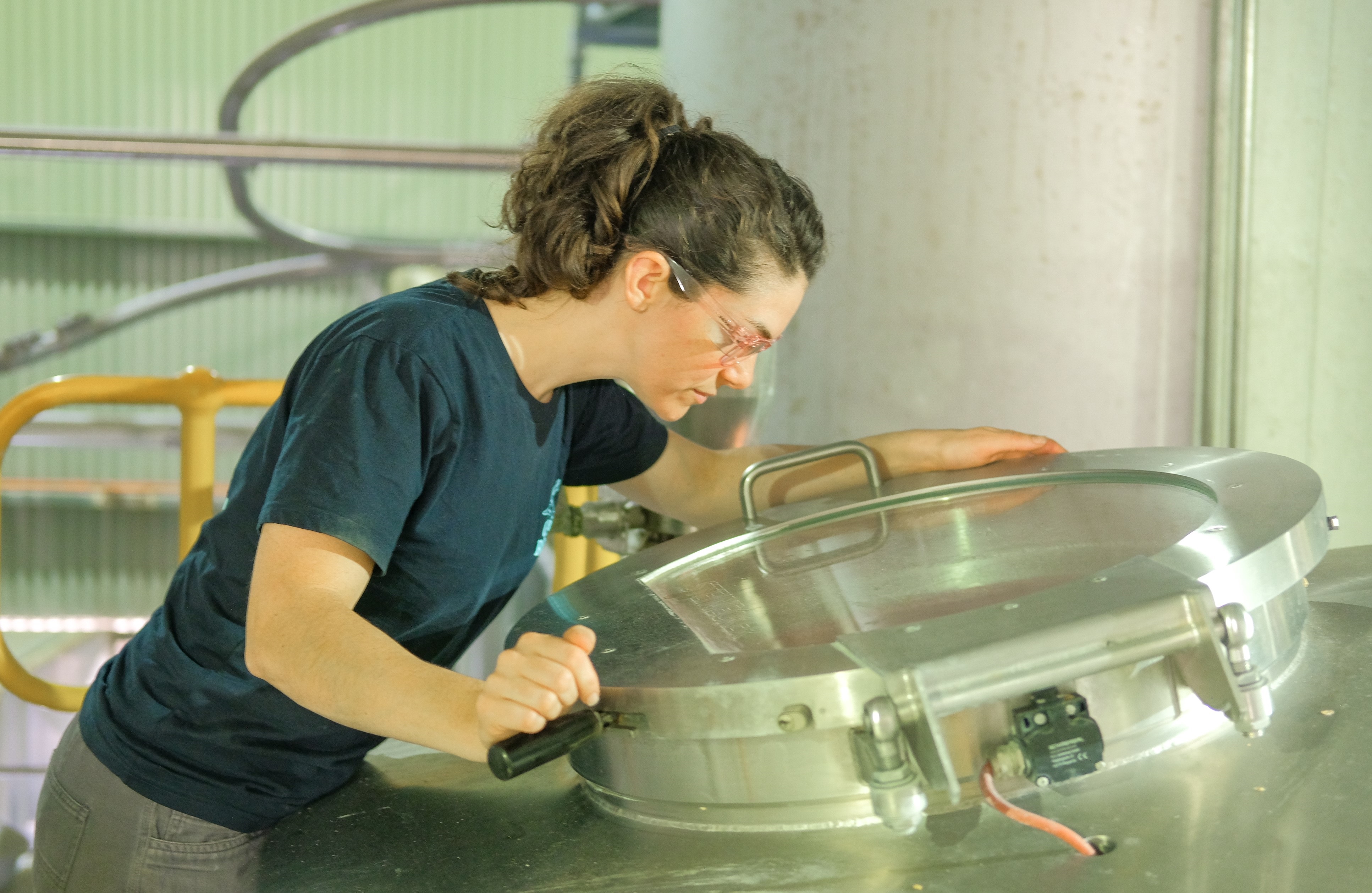 Simone Clements says she hopes the International Women's Day beer release will normalise the beer industry as a career path for women.

Rocky Ridge Brewing Co co-owner Mel Holland is one of the few female brewery owners in WA and a board member of Pink Boots Australia.

While the number of women in the industry was growing, Ms Holland said, it could still be difficult to recruit a diverse workforce.

“For example, we have had a few jobs out at the moment and we just haven’t had any women put their hands up,” Ms Holland told Business News.

“If you limit yourself to just one aspect of the talent pool, you are not going to get the best people for the job, whether they are a male or a female.”

She won a Pink Boots Society Scholarship to attend Brewcon, in NSW, in 2018.

“The particular scholarship was to engage with women on the east coast,” Ms Holland said.

“It was about branching out to that network of women over there for their support and the friendship you get out of it.

“We are all facing similar roadblocks and similar concerns … so it was more about touching base with some of them and just seeing what we can do as a whole.”

She said the industry was very supportive internally, but customers could be judgemental in terms of their expectations.

“I will quite often get people coming in who want information about a particular beer or they want to chat about the process of something and it’s almost as though sometimes your commentary isn’t worth as much as the boys’,” Ms Holland said.

Gage Roads’ Ms Lauchlan said as craft beer’s female consumer base grew, it was even more important to have women behind the products.

“We are seeing over time that more and more women are coming into the beer category for the first time and choosing beer which is fantastic,” she said.

“As that continues to grow, it’s really important that our business values and our leadership and the teams that sit behind the brand reflect the needs and desires of that consumer base, so representation is very important.”