Fans won’t have to walk far for refreshments before and after events at the new Perth Stadium, with a 2,500-person capacity tavern and microbrewery to be built adjacent to the Swan River pedestrian bridge on the Burswood Peninsula. 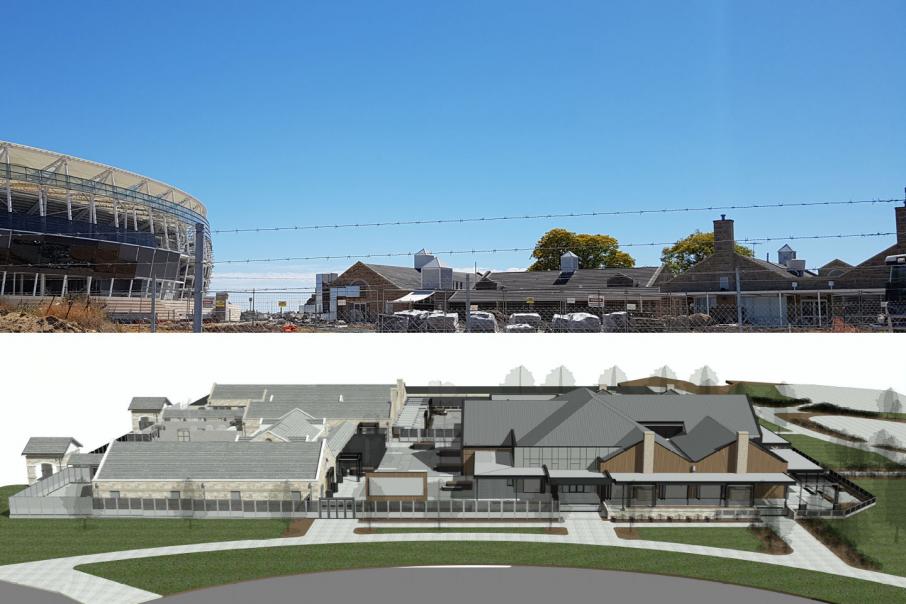 A render of the new microbrewery, and what the Burswood Park Golf Course clubhouse looks like today.

Fans won’t have to walk far for refreshments before and after events at the new Perth Stadium, with a 2,500-person capacity tavern and microbrewery to be built adjacent to the Swan River pedestrian bridge on the Burswood Peninsula.

Tenders have been put out for the construction of Riverbridge Bar, with the build valued between $10 million and $15 million.

The proposal comprises the refurbishment of the old Burswood Park Golf Course clubhouse, while incorporating new buildings to create a microbrewery with indoor and outdoor dining areas.

Building is expected to start in February next year, with the tender process scheduled to close in early January, in time for the tavern to be completed for the first events at Perth Stadium in early 2018.

And with 83 per cent of Perth Stadium crowds expected to get to and from the stadium via public transport, a venue that could delay some of those punters’ train journeys after events would likely be welcome news to those fearing a commuter crush.

A liquor licence for the tavern was conditionally granted in September, while the facility has been designed by Oldfield Knott Architects.

Mr McLernon had not responded to enquiries by Business News at time of publication.

The tavern is the latest item of amenity to be developed around the stadium, where construction is on track to be complete in time for the 2018 AFL season.

Earlier this year, Chevron Australia signed a partnership to create a 2.6-hectare family-friendly park on the peninsula, to be known as the Chevron Parkland.

The parklands will incorporate artworks by Western Australian Aboriginal artists and was inspired by the six seasons of the Noongar calendar.

The stadium itself is already attracting events outside of the AFL and cricket, with the state government announcing earlier this month that WA would host its first ever Bledisloe Cup rugby match between Australia and New Zealand at the new venue in 2019.

The Bledisloe announcement followed news in July that the Rugby League State of Origin Series was also coming to Perth in 2019. 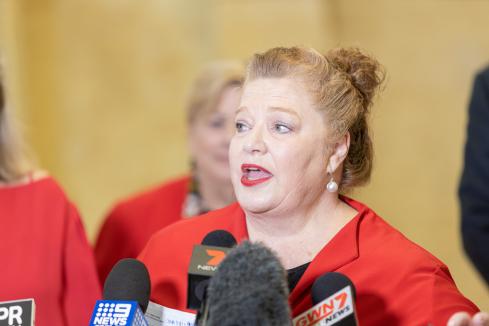