Sky and Space Global has announced a deal with Richard Branson’s Virgin Galactic to use its LauncherOne spacecraft to deliver a “constellation” of miniature satellites into space. The agreement is a major step forward for the Perth-headquartered company as it rapidly moves ahead with establishing its own global satellite telecommunications network. 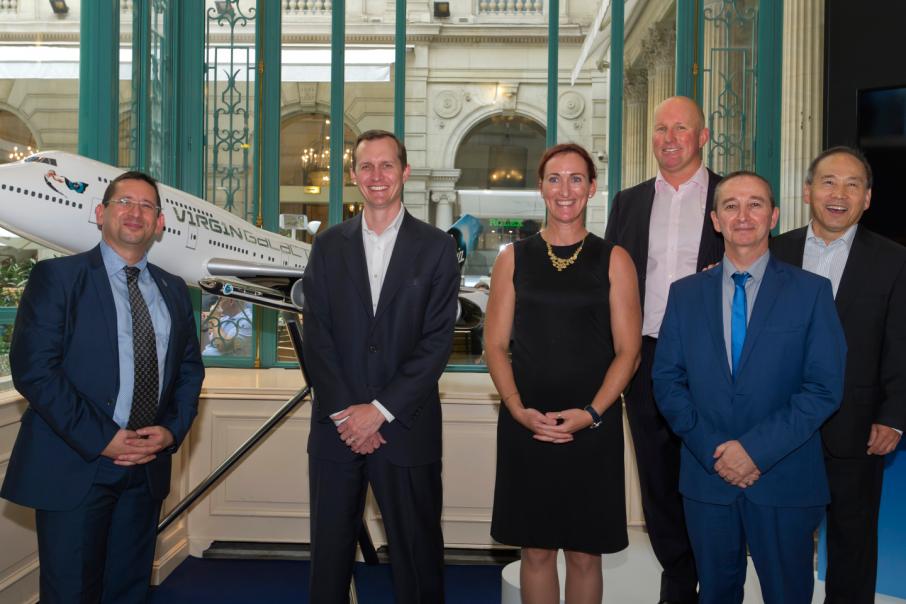 ASX listed Sky and Space Global has entered into a binding launch services agreement with Richard Branson’s Virgin Galactic to use its space craft, LauncherOne, to ferry its nano-satellites into space.

The Perth connected company said on Tuesday it had secured four missions on LauncherOne from 2018, with each mission delivering multiple nano-satellites into space, allowing Sky and Space Global to establish its “full constellation” of up to 200 nano-satellites in rapid succession.

Using LauncherOne -- Virgin Galactic’s orbital launch space craft -- would allow a more cost-effective means of deploying its nano-satellites, the company said in a statement to the ASX this week.

Sky and Space Global CEO Meir Moalem said, “We are thrilled to partner with Virgin Galactic on our exciting missions and LauncherOne’s first low inclination launches. Our partnership with Virgin Galactic will allow us to rapidly establish our full constellation of up to 200 nano-satellites that will provide equatorial narrowband communications infrastructure for billions of people globally.”

“With our company now having purchased four dedicated missions upon LauncherOne, this is yet another step in our exciting journey towards our 2020 vision.”

The announcement follows on from the letter of intent signed between the two companies in July when SAS flagged Virgin Galactic as a future launch provider for its nano­satellites aboard Branson’s LauncherOne craft.

Sky and Space Global, who recently back­door listed into Burelson Energy, has been moving fast on implementing its affordable satellite global telco network based on miniature satellites, which the company believes have the potential to generate revenues of around $US 500 million per year.

Last week, Sky and Space conducted successful software tests on the technology that will power its nano-satellites and they also recently announced that market leading space insurance broker Marsh would handle the risk management and insurance broking side of the ambitious project.

The company sees major opportunities for its wholesale, narrowband, low-cost voice, text and data network in remote areas and industries such as shipping and aviation, which are currently poorly serviced by the cellular players.

The UK-registered company is currently building a pilot network of three nano-satellites that it plans to launch in the back half 2017 with the ultimate goal being to have a full compliment of up to 200 units in orbit by 2020.

Nano­satellites stand apart from their conventional counterparts in that they are a lot cheaper, smaller and easier to launch than traditional large scale satellites,  yet they are still powerful enough to send a signal back to earth capable of text, data and voice telecommunications.

Sky and Space Global is listed on the ASX and headquartered in Perth, however their aerospace operations are based in Europe.