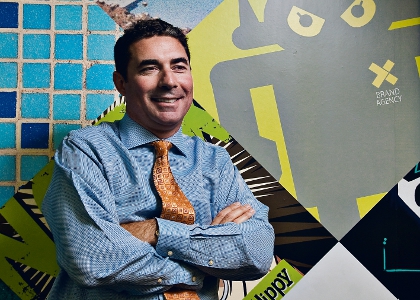 The move was not confirmed by Q Ltd but the listed company had announced on December 23 that it had signed a "non-binding exclusivity agreement with a well-funded third party to sell certain of its operating assets".

In a statement announcing the deal, The Brand Agency CEO said the move would nearly double its digital division to 29 people, almost one third of the merged group's staff base of 95.

According to 2012 Book of Lists, The Brand Agency had 75 staff late last year, the second biggest in the state behind Marketforce with 101.

Mr Harris said that his agency now had the biggest digital staff in the state, compared to two year's ago when it had just one digital specialist employee.

"To ensure that we can offer clients the best available digital resources we have purchased the Perth based operations of the specialist digital agency Market United, and will be integrating their staff and clients into The Brand Agency from today," he said.

"This acquisition reinforces our position as the market leading agency in WA and adds further strength to our offices in Melbourne, Sydney and Auckland.

"No other agency can offer the Perth market the same degree of digital integration and resources; we now have more than three times the number of digital people as any other ad agency competitor, and we expect this to continue to grow over the next twelve months."

The detail of the deal is unclear but before Q Ltd had said it was looking at restructuring the business through asset sales it had already altered the Perth business.

In its annual report for 2010-11financial year, Q Ltd said Market United's Perth office had made a significant investment in establishing the new Strategy division called Thinq, as well as other services in media buying and social media.

"Revenue was lower than expected and costs higher resulting in a significant operating loss," Q Ltd said in its annual report.

"Following the departure of founding members, a comprehensive review of services and capability was carried out and restructuring was undertaken to address the profitability of the Perth operation.

"This has resulted in significant cost savings and we expect Perth to make a positive contribution to the consolidated entity in the financial year ending 30 June 2012.

"The Thinq strategy division has been rolled back into the Market United operations.

"This has resulted in cost savings and a more efficient service."