Bosnian beast lurking as Adriatic hits the boards on ASX

Is it a zinc play ? Is it a lead play ? Is it a gold play ? Is it a copper play ? Perhaps a silver play ? How about a barite play ? Investors may well be asking these questions of the Adriatic Metals float that will debut on the ASX today with a multi-mineral beast of a deposit in mineral rich Bosnia. Base metals giant Sandfire Resources has ploughed $2m into the float and will hold nearly 8% of the company. 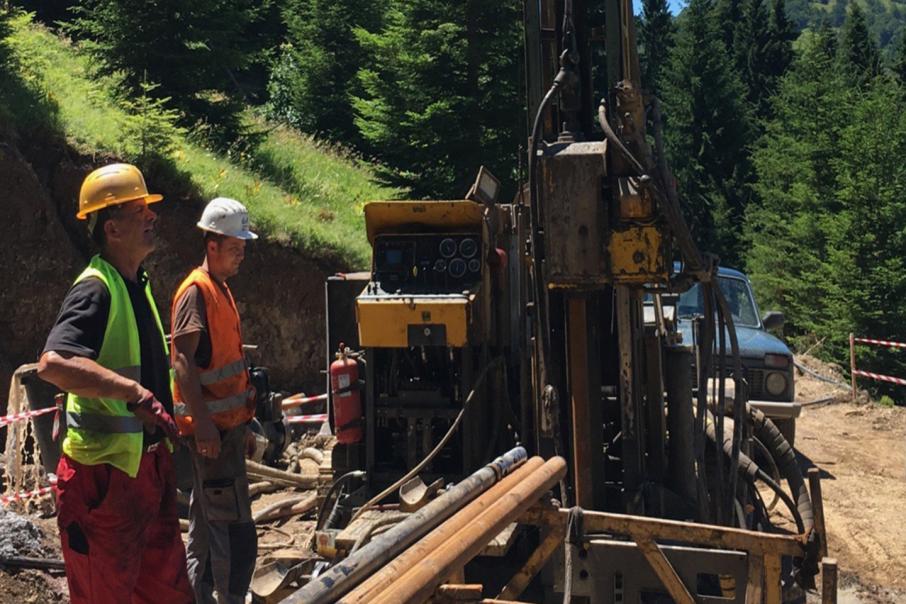 Investors may be forgiven for asking these questions of the Adriatic Metals float that will debut on the ASX today.

Adriatic is positively spoilt for choice at its two multi-mineral prospects, Veovaca and Rupice, that are about 17km from each other in central Bosnia.

In reality, Adriatic’s Bosnian project is a lead-zinc play with some amazingly high grades, however the so-called “credits” from a cocktail of other minerals would have most West Perth mining types jumping out of bed every morning with a spring in their step.

Most aren’t credits at all and are impressive in their own right.

Try this on for size, one pre-IPO drill hole at the Rupice prospect threw up a stunning 64m intersection going 8.5% zinc, 5.1% lead, 374 grams per tonne silver, 2.3 grams per tonne gold and a solid 1% copper.

Oh yes, and as a final curtsy to the crowd, it also produced a barite grade of 43% across the entire intersection.

That intersection was contained within a broader, 40m mineralised envelope that would no doubt have the gold bulls jumping at 3.6 grams per tonne gold across the entire 40 metres from 94m down-hole.

Not content to rely on historic drill numbers for the IPO, Adriatic directors and vendors spent their own money – and plenty of it – polishing up the project with a series of very successful drill holes before listing it on the ASX today.

Another inspiring drill hole, this one at the Veovaca prospect, returned a 76m intersection going 4% zinc, 2.5% lead, 118 grams per tonne silver and 36% barite.

And in a sure sign that the project has been kissed on the forehead by a fairy, the 76m mineralised intersection kicks off right from surface.

Contained within that same drill hole is a 24m intersection grading 221 grams per tonne silver, 4.5% lead and 6.5% zinc with a consistent barite grade of 35%.

Two other drill holes at Veovaca backed up the 76m intersection with similar, albeit marginally lower grades. The first was mineralised for 80m from surface and the second for 88m, commencing from just 4m down-hole.

Some of the grades get a little vertiginous from here with one 14m intersection at Rupice positively bristling at 23.7% zinc, 14.2% lead, 2.1% copper, 298 grams per tonne silver and 2.2 grams per tonne gold, with a 34% barite cherry on top.

Barite, which is used to make drilling fluids for the drilling of oil wells, can be a lucrative commodity in its own right and should not be lost in the dizzying sea of other minerals at Adriatic’s Bosnian play.

Since the Dayton peace agreement was signed in 1995, ending the civil wars in the region, the world-class Balkan metallogenic belt, which boasts an astonishing natural mineral resource endowment, has rapidly attracted the majors.

Bosnia has experienced very little serious exploration in the modern era and along with other previously war torn, but now reformed, mineral rich jurisdictions such as Bougainville in PNG, it is considered something of a mining frontier state, still with the potential to host undiscovered tier 1 mineral deposits.

The Adriatic float was run by up and coming West Perth corporate finance house, Discovery Capital, who was overrun with bids almost as soon as the book opened on the capital raise.

It probably didn’t hurt either that Discovery managed to entice massive global broker Canaccord Genuity to ride shotgun on the $10m raise.

It is somewhat curious that a broker the size of Canaccord would get involved in such a relatively small capital raise and it will be interesting to see what plans Canaccord may have for Adriatic in the future.

They say timing is everything in public companies and there seems little doubt that Bosnia’s war torn past is now behind it and the Balkan state is now open for business.

Adriatic’s co-founders, Paul Cronin and Eric De-Mori were quick to see the window of opportunity sitting ajar in Bosnia, pouncing on the Rupice and Veovaca prospects without hesitation when they realised they could be locked down.

Both Cronin and De Mori will join experienced mining engineer and Adriatic CEO Geraint Harris on the board that will be chaired by well-known Independence Group Chairman Peter Bilbe.

The non-executive team will be rounded out by experienced geologist Julian Barnes who is no stranger when it comes to chasing mineral riches in the Balkans.

Ashanti, along with Canaccord, assisted Discovery to lock away the oversubscribed 20c capital raise, which ultimately resulted in many investors allocations being cut back.

A nice problem to have !

In another piece of solid timing for Adriatic, many analysts are now bullish on zinc following the closure of a number of mines in Australia and Ireland and the cutting of production at others. Forecasts indicate a significant tightening in zinc supply over coming years.

The price of zinc has increased by 60% in less than 2 years and presently sits just above A$4200 per tonne, with demand still growing solidly.

This equates to a zinc-equivalent grade of 4.8%. .

The company is keen to add further mineral resources at Veovaca and will plough much of the recently raised $10m into the ground there and at Rupice.

Adriatic’s short-term goal is to expand the current JORC resource at Veovaca and complete an infill-drilling program at the Rupice deposit, 17km to the northwest, on the same geological sequence.

Mineralisation at Rupice is still open at depth and along strike.

If Adriatic do manage to unearth something substantial in Bosnia, it could potentially be quick to market with plenty of industrial infrastructure in the region.

In particular, the project is practically intersected by a railway line that joins the northern and southern Balkan railway lines together before they head off towards the lucrative European smelter markets.

Whilst it is nearly impossible to compare one poly-metallic deposit to another, a good point of reference for Adriatic Metals, just for fun, might be ASX listed Peel Mining whose stock went all stratospheric last year on the back of a number of spectacular poly-metallic drill hole results.

Peel’s stock jumped from around 20c a share to a high of 86c before settling in at about 67c on the back of its Southern Nights poly-metallic discovery.

Whilst it’s true that Peel does have another couple of decent looking projects on the go, at 67c, its market cap of $129m was impressive.

Every now and then a new ASX float comes along that gives you the impression that the directors aren’t just playing around or punting, but rather, they are purposefully hurtling headlong towards an outcome, whatever that might be.

Just what sort of a beast is lurking below ground at Adriatic Metals’ Bosnian play is anyone’s guess, but at face value it looks like it might pack a punch – why else would the $1.3b base metals giant, Sandfire Resources, stump up $2m in hard cash to take up nearly 8% of the company on listing day ?