Bosnian base metals play on the rise for Adriatic

Perth-listed European base metals development company, Adriatic Metals, is heading confidently towards the tabling of a scoping study for the amazingly well mineralised Vareš multi-metal project in Bosnia next year, after positive met work was returned from the company’s two defined deposits last month.

The preliminary metallurgical results were particularly encouraging, outlining excellent recoveries and concentrate grades, according to management.

The Veovača prospect is a historical zinc-lead-barite-silver mine and Rupice is a high-grade zinc polymetallic deposit.

A mothballed processing plant is already on-site and the met work indicates that the plant will be suitable for processing ore streams from both deposits further down the track.

The met test work samples were chosen to comprise ores from both Rupice and Veovača that would be typically mined and processed and this is considered important, because it provides a representative sample and accurate expectation of metal grades and recoveries, generated through a future processing operation at Vareš.

The “head grade” is a term used to quantify the average ore grades of metal product that are fed into the processing plant.

The addition of the precious metals, silver and gold, is a significant bonus for Adriatic, as it aspires to maximise net smelter revenues from a future operation at Vareš.

The combined silver/gold mineralisation at Rupice is interpreted to have resulted from a structural modification of the original sedimentary-hosted base metal and barite mineralisation.

This latter style of ore system is common in the western Balkans region and akin to the Veovaca deposit, which contains little silver and gold.

Based on the initial results, it seems feasible that a marketable metal concentrate may well be economically produced from the project.

In that sense, Adriatic’s strategic objectives appear to be running to plan and the broader market will soon get a better idea of the potential metrics of this remarkable project via its metallurgical boost in the company’s upcoming scoping study, due in 2020.

Corporately, it is also proving to be an interesting time for Adriatic, with ASX-listed, base metals miner and developer, Sandfire Resources, currently holding a 12.8% stake in the company’s total register of just over 151m shares.

Sandfire is now entitled to take a seat at the Adriatic board and will probably look to appoint someone in the near future, as its slice of the pie increases.

The company’s market cap was sitting around $165m this week.

All eyes will be on the scoping study results though, with a positive outcome likely to de-risk future mining studies, permitting, off-take agreements and project development financing.

It has been a pretty heady ride for Adriatic, since it finalised the acquisition of the Vareš project in 2017 and then listed on the back of the asset early last year.

The company has been very active on the ground, with drilling virtually non-stop and enticing ground geophysical surveys across the project, showing that it still has so much more to offer.

At this point, Adriatic is looking to convert its current exploration concessions into exploitation permits for mine production in mid-2020, pending the completion of a number of KPIs to the regulatory authorities.

It has low labour rates, transportation and electricity costs, with 44% of the latter being provided by cheap hydro-power.

The deposits are located in a historical mining area, with an existing skilled workforce and excellent infrastructure, including connection to power, water, rail, sealed roads, accommodation, supporting service industries and an international airport.

Adriatic has a strong management team, with well-known Australian mining identity, Peter Bilbe, heading it up as Chairman.

The stars are certainly aligning for Adriatic in Bosnia and if the success of the last two years carries into 2020, it should move quite rapidly towards economic production in the next few.

Substantial shareholders as published in the annual report.
END_OF_DOCUMENT_TOKEN_TO_BE_REPLACED
Powered by Morningstar ®
Next Articles 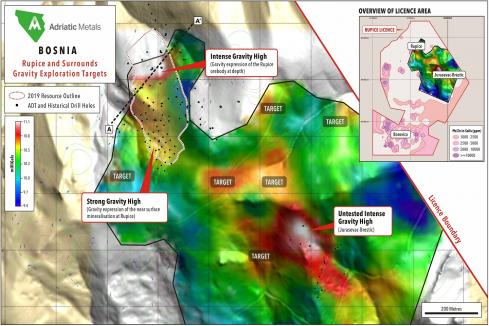