Marketing of food and beverage products into Asia can be challenging, no matter how long a business has been operating. 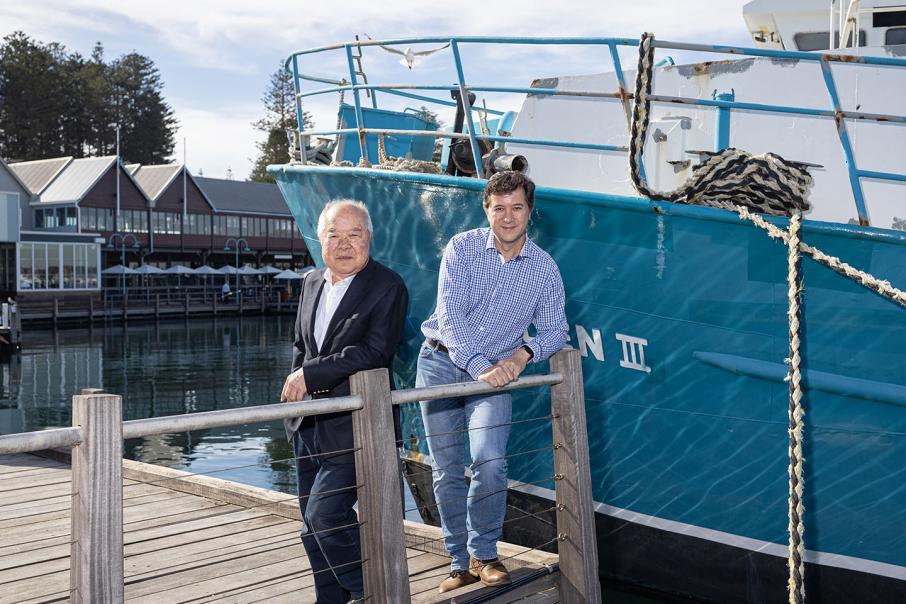 Marketing of food and beverage products into Asia can be challenging, no matter how long a business has been operating.

James Ch’ng’s first taste of Western Australian scallops convinced him the saltwater delicacy would be a hit in Asia, to the point he moved his family from Victoria to WA and, in 1983, established Far West Scallops.

Although he wasn’t the first Australian to sell scallops into those locations, he was one of the first from WA.

However, having cracked parts of the Asian market, the past decade has brought major challenges for Far West Scallops, which is responding by sharpening its engagement in the region.

A marine heatwave in 2011 severely damaged a number of WA fisheries, including scallops.

“They almost called it an extinction event in the Abrolhos,” Mr Ch’ng said.

Far West owns about 20 scallop fishing licences across Shark Bay and the Abrolhos Islands, with as much as 80 per cent of the company’s catch shipped overseas.

In the years after that heatwave wipeout, prices went up significantly.

“And if they didn’t, we wouldn’t have been around,” Mr Ch’ng said.

“If we didn’t have buyers rusted on willing to pay high prices … the industry would have died.”

With the catch down, over time, consumers moved to other sources, including Queensland, and then away from Australia as east coast suppliers suffered their own problems.

Mr Ch’ng said the business now planned to reconnect with consumers it had lost.

“We still have a good reputation in Hong Kong and Singapore,” he said.

“Scallops are particularly important in Hong Kong to have at weddings.

“If you can’t eat them out, people are learning to cook them.”

The Cantonese word for scallop, used in another context, could mean ‘having sons’, Mr Ch’ng said, so it was associated with family.

Far West was one of 14 companies awarded a combined $120,000 in late 2019 through Access Asia Business grants to support expansion in the Asian market.

The grant was to attend the FHA Food and Beverage Asia Singapore Expo, which was originally to be held in early April, however those plans were delayed due to the COVID-19 pandemic.

An exhibition two years ago in Hong Kong also generated opportunities, although political instability that has gripped the region had created issues to navigate, Mr Ch’ng told Business News.

“The scope of the business has changed,” Mr Ch’ng said.

“We were a third of the WA scallop industry, and now we’re about two thirds.

“We can do things we haven’t done previously.”

Far West’s market share includes deals with supermarkets, such as Coles in Australia and City’super in Hong Kong.

Taiwan is one market the business is focused on targeting soon.

In terms of managing relationships in Asia, Mr Ch’ng said businesses should reinforce the work of those before them, but not cut corners, because that would hurt Australia’s reputation.

“You don’t want to just sell on price,” he said.

“It’s very hard for Australia to sell on price.

“We’re an expensive place to do business.

“But we’re recognised as a high-quality provider of food.

“[Businesses should] trade on the good name of Australian products, but make sure you live up to the reputation.”

Trade Vine was founded by James Leonhardt and Jim Tiesdale in 2015.

The business started wholesaling Australian meat and seafood into Asia, but in mid-2019, the offering was extended into direct-to-consumer wine and beer.

Mr Leonhardt told Business News they were inspired by overwhelming demand for premium Australian produce in South-East Asia, but recognised the market was underserved from an e-commerce perspective.

The new retail brand is Merchants of Oz.

It’s a lean business model, with warehousing outsourced to a company in Singapore.

“It’s all very much done on laptops and mobile phones,” Mr Leonhardt said.

He said wine and beer were easier to sell directly to consumers than perishable products, such as seafood and meat, because those would require a physical presence on the ground to ensure quality.

“This was all about turbocharging the direct-to-consumer business,” Mr Leonhardt said.

The COVID-19 pandemic had led to a shift in consumer behaviour towards online shopping, but also brought big challenges, he said.

“Fortuitously … we saw a shift in consumption from restaurants and bars to the home,” Mr Leonhardt said.

“We were already making the pivot to e-commerce channels.

“But having said that, there have been incredible difficulties in getting air freight up to Singapore; it’s just cost prohibitive.

“For a period of time there weren’t any flights carrying freight.

“Airlines were running passenger planes empty… carrying cargo underneath, trying to recover the revenue loss from [lack of] passengers.

“That’s thrown a spanner in the works.”

While he remained cautious about an uncertain recovery ahead, Mr Leonhardt said e-commerce would unlock new angles to enter Asian markets.

“It gives producers another avenue or channel.

“It’s going to be a long time before domestic demand recovers.

“Producers need as many channels and markets as they can find, at the moment.”

Mapizy, Swan River Seaplanes, and West Cape Howe Wines were among the other businesses to receive Access Asia grants.

West Cape Howe’s funding was for tours of the company’s winemaking facility in Mount Barker, while Swan River Seaplanes hoped to develop a marketing strategy for Japanese luxury travellers, with direct flights from that country to Perth now operating.

While tourism enterprises received the most support, Mapizy’s funding was to attend an exhibition in Singapore to showcase artificial intelligence mine monitoring and rehabilitation software.