After losing a forecasted $1.2 million over the past 10 weeks, Bodhi J co-founder Danny Taylor couldn’t be happier that the state will enter the third stage of eased coronavirus restrictions tomorrow. 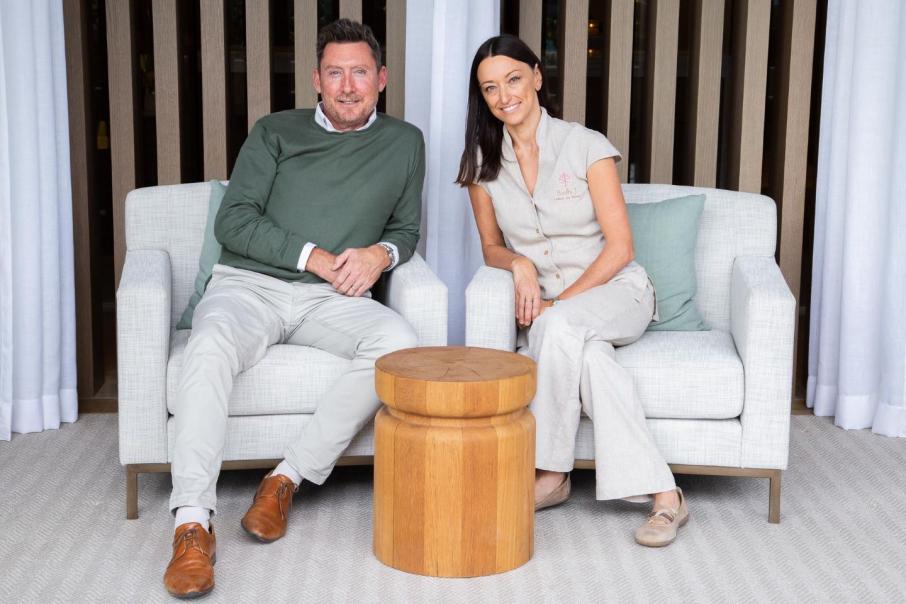 After losing a forecast $1.2 million over the past 10 weeks, Bodhi J co-founder Danny Taylor couldn’t be happier that Western Australia will enter the third stage of eased coronavirus restrictions tomorrow.

Mr Taylor’s organic day spa retreat and yoga businesses have been put on pause since the shutdown in March, unable to operate under the state's COVID-19 restrictions.

Phase three will enable beauty therapy and personal care services to reopen across WA, with the four square metres per person rule since revised down to 2sqm per person.

Additionally, under phase three restaurants, cafes, bars and pubs will be able to serve alcohol without a meal, and public gatherings of 100 people will be permitted.

Mr Taylor is thankful bookings have been rolling in since Premier Mark McGowan announced the easing of restrictions last week.

Bodhi J was named the 2019 ‘World Luxury Spa Awards – Luxury Wellness Spa Australasia winner’ and its Perth spas, which comprise Bodhi J Wembley, Highgate, and The Westin are set to reopen on Monday.

“The phone and emails have just been crazy,” Mr Taylor told Business News.

“We’re over the moon because I guess there was no way knowing really whether or not the public what they’d feel with social distancing - you can’t really have a social distanced massage so we were still a bit concerned about what the interest would be like in its reopening but it’s been very positive.

“We basically lost $1.2 million in the 10 weeks we’ve been shut, so it’s been a pretty costly time for us.”

Mr Taylor based that forecast on the turnover of the business during the same period last year, plus anticipated year-on-year growth.

“It was a huge financial hit for us,” he said.

“But at the end of the day … without the help of the banks and the landlords we probably wouldn’t have pulled through and with the JobKeeper (payments) of course.

“So we are thankful that we are all here ready to go … and that we’ve made it through without going bankrupt basically.”

Besides the loss of income, it’s been a tough couple of months for Mr Taylor, with less than half of his 82 staff qualifying for the JobKeeper payment.

“A lot of our backpackers had no choice but to go so we’ve lost a lot of them, which is a shame because we invested time and money in training them,” he said.

“Then a lot of other casual girls who work for us who weren’t able to get any assistance have had to find jobs in other industries because the whole beauty industry was shut… and had no way of knowing when (things were) going to be open."

Mr Taylor hoped the government would consider extending the JobKeeper payments for those businesses in the beauty, hospitality and fitness industries, with many not just down by 30 per cent but without regular income from not being able to conduct any business at all.

“Although we were pushed back to open later (than the east coast), one thing I have been thankful for is that they’ve allowed us to open and offer our full range of services without restriction unlike the other states who went earlier,” he said.

“At the moment we’re over the moon and just hoping moving forward it continues - that it’s not just that initial excitement of reopening.

“But I’m fairly confident from the feedback we’re getting from our customers that they’re back for good.”