Blina Minerals is all set to kick off a maiden drilling program at its recently acquired Barkley project near Tennant Creek in the NT. The company will drill test extensions to high-grade copper-gold-bismuth mineralisation at the Bluebird prospect, where historical drilling hit numerous stellar intersections such as 20m going 8.17g/t gold, 0.61% copper and 0.22% bismuth from 157m down-hole. 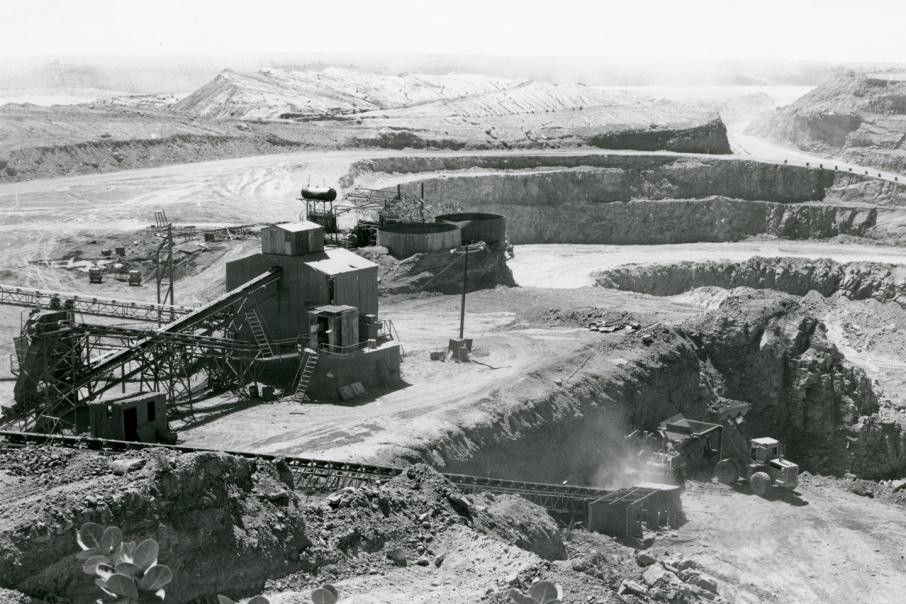 The historic Nobles Nob gold mine in Tennant Creek

Blina Minerals is off and running again after a period of project seeking hiatus as it prepares to launch its maiden drilling campaign at the newly acquired Barkely copper-gold project near Tennant Creek in the Northern Territory. Blina has the rig all set to start the rods turning now at the Bluebird prospect, which is the company’s highest-ranking exploration target.

Historical drilling at Bluebird previously identified some stellar intersections such as is 20m grading 8.17 grams per tonne gold, 0.61% copper and 0.22% bismuth from 157m down-hole.

Blina recently picked up the Barkly and Babbler projects in the Northern Territory, with the well-endowed region recognised for Tennant Creek style gold-copper mineralisation that is hosted in ironstones.

The Bluebird prospect is one of the highest-ranking exploration targets at the Barkly project, where shallow drilling previously defined a 600m long copper anomaly. Other interesting intercepts include 25m grading 1.9% copper and 0.3g/t gold from 69m downhole.

Primary mineralisation at Bluebird is hosted in ironstone and has already been defined to a depth of 150m below the surface and over a length of 120m.

Blina plans to plough approximately 1,300m of RC drilling into Bluebird that will test high-grade extensions to the existing mineralisation discovered historically.

The mineralisation is still open to the east and at depth, according to Blina.

The company says there are additional targets along strike of the Bluebird prospect that have similar geophysical and geochemical characteristics as the known mineralisation with plans also afoot to drill test those prospects.

The mineralisation at the Bluebird prospect itself appears to follow a 1.6km long geophysical gravity “ridge” – so it is not too difficult to imagine that the prospect might throw up some interesting results for Blina.

The Tennant Creek district is well-known for producing some of the region’s richest copper-gold deposits, with companies such as Evolution Mining making a nice profit from its operations in the area.

Recently, Geoscience Australia tabled new research identifying a significant gold mineralising event that occurred in the wider district some 200 million years after the better-known multi-metal depositional event that occurred at Tennant Creek itself.

Explorationists have traditionally targeted the “older” mineralisation that is only hosed in the ironstones at Tennant Creek.

This “younger” gold mineralisation, identified by Geoscience Australia, is found outside of Tennant Creek's characteristic ironstones and in different structural settings to those traditionally explored.

This new research expands the footprint for exploring in the district – a bonus for Blina.

Blina also picked up a “nearology” windfall at its Bluebird prospect, with direct geological analogies able to be made to the nearby Peko and Nobles Nob deposits.

Nobles Nob was known as one of Australia’s richest mines in its heyday. Mindat.org said the ore at Nobles Nob was so rich, that when hit with a hammer it would not fracture, but rather it would flatten out like soft gold.

With a swag of impressive historical results to chase down at Bluebird, it shouldn’t be too hard for Blina to create a touch of excitement here courtesy of its first round of drilling results.