Blackstone Minerals is set to acquire a 90% interest in the advanced Ta Khoa nickel project in northern Vietnam from AMR Nickel Limited over a 12-month period costing AUD$1.6m in cash and scrip. The project includes an existing 450,000 tonne per annum concentrator and is located in a prospective, underexplored district that contains numerous massive and disseminated sulphide occurrences with nickel, copper, cobalt and PGEs. 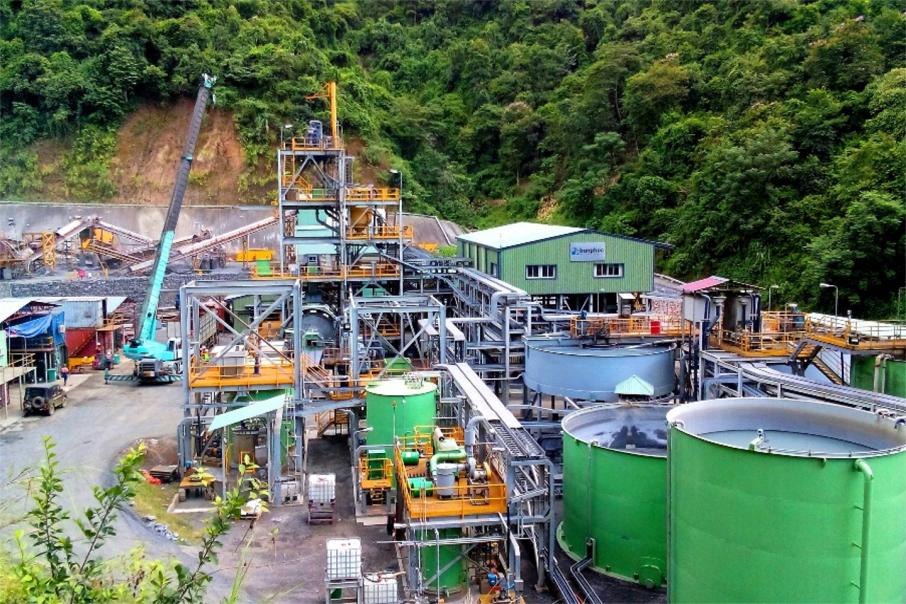 After a period of relative quiescence, ASX listed and battery metal focussed small cap explorer Blackstone Minerals has burst back into life securing an option to acquire 90% of the prospective Ta Khoa nickel project in Vietnam, including the mothballed Ban Phuc underground nickel mine.

The project comes gift wrapped with a 450,000 tonne per annum concentrator built to Australian standards and is located in an underexplored nickel sulphide district, only 160km west of Hanoi.

The previous owners ploughed more than USD$136m into the mine, generating USD$213m in revenue, during a 3-year period of falling nickel prices, before scuttling the project in mid-2016.

Blackstone has entered into a 12-month option period to purchase Canadian-listed AMR Nickel Limited’s 90% interest in Ta Khoa based on a cash and scrip deal worth about AUD$1.6m, with the opportunity to extend by 12 months based on a further minimum exploration spend of AUD$1m.

According to company management, the acquisition will enhance the company’s existing battery mineral asset base, which already includes cobalt and nickel projects in Canada and the Silver Swan South nickel project in the Eastern Goldfields region of Western Australia.

The Ta Khoa project looks like a beauty, comprising a large land package that hosts more than 25 advanced massive nickel-copper sulphide vein, or “MSV”, targets and many large disseminated sulphide, or “DSS”, targets.

Blackstone Minerals Managing Director Scott Williamson said: “This is an exciting opportunity for Blackstone to acquire a 90% interest in a project that has a history of profitable nickel production even during low nickel prices.”

“Blackstone will be the first company to explore Ta Khoa for both MSV and DSS nickel sulphide deposits … while investigating downstream processing opportunities to meet the demands of the growing Asian lithium ion battery sector.”

Whilst the previous owners primarily focussed exploration and development activities at Ban Phuc, Blackstone will extend this reach for both MSV and DSS targets throughout its entire new ground holdings in northern Vietnam.

And what potential treasures may await, with structurally hosted, magmatic nickel-copper-cobalt-platinum group element, or “PGE”, deposits studded throughout the region and into southern China.

The real short-term prize may lie with the narrow, high-grade MSV mineralisation recently mined at Ban Phuc that returned drilling intersections like 2.02m @ 4.64% nickel, 3.59% copper and 0.18% cobalt from 258.7m down-hole, which would significantly sweeten the high tonnage, but lower grade DSS ores.

A number of significant high-grade MSV trenching and drilling results are located in a wide, northwest-southeast trending mineralised corridor running through Ban Phuc that have never been mined and lack modern exploration techniques.

The company seems to have hooked some very exciting, unloved and strongly prospective nickel-copper-cobalt-PGE ground in this region of Vietnam and will now reset its clock at the project, with the outlook for nickel in the battery metals sector looking very rosy indeed.