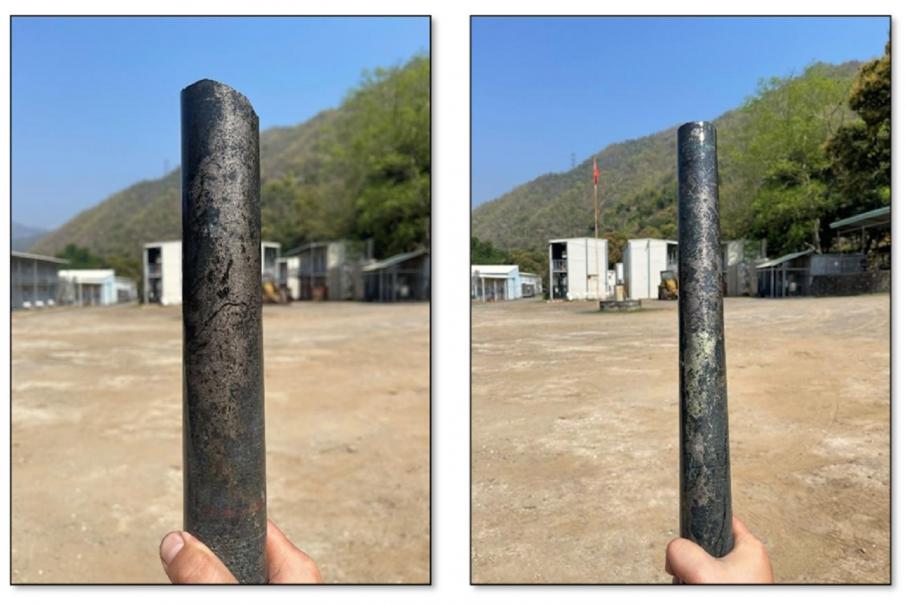 The drill hole that delivered the success at Taipan actually hit 9.27m of weakly weathered sulphide mineralisation above the 39.7m stretch of fresh sulphides for a total intercept of 49m of continuous mineralisation from the relatively shallow depth of just 5.88m downhole.

Blackstone Minerals Managing Director, Scott Williamson said:  “We are very pleased to report a significant discovery at Ta Cuong.  The discovery hole at TDZ is one of the best Blackstone has delivered on its MSV targets. The TDZ remains open along strike and significantly adds momentum to the MSV strategy at Ta Khoa.”

“So far, all three priority MSV targets have delivered impressive and high value intersections. We are excited to be systematically unveiling the potential of the Ta Khoa Ni-Cu-PGE district and will continue an aggressive exploration program, representing the most cost-effective and value accretive pathway to secure supply for our downstream business.”

The discovery of sulphide mineralisation at the previously untested Taipan discovery zone is a further testament to Blackstone’s unwavering commitment to its systematic drill testing of a bevy of electro-magnetic, or “EM” conductors that have been mapped across its Ta Khoa nickel play.

Blackstone has also racked up some of its longest nickel intersections to date across its King Cobra discovery zone at the Ban Phuc deposit.

The latest drill program is part of a hive of activity currently taking place on the slopes of Blackstone’s Ta Khoa Nickel-Copper-PGE project east of the capital of Hanoi where it has nine rigs working across its various sites.

The focus to-date has been on infill and extension drilling around the King Cobra discovery zone at the Ban Phuc disseminated sulphide deposit, with the company looking to firm up the resource volumes included in its recently tabled Scoping Study.

The company recently tabled a robust set of numbers for the development project including a pre-tax, net present value in excess of $1 billion with estimated cash flows over the life of mine in the order of $1.7 billion, or $200 million a year.

The Perth-based nickel hopeful is currently sweating on some assays from its King Snake prospect, which are due to roll out in coming days, and it will no doubt be hoping other prospects such as Queen Snake will slither into play too with some fresh nickel sulphide hits in the near future.